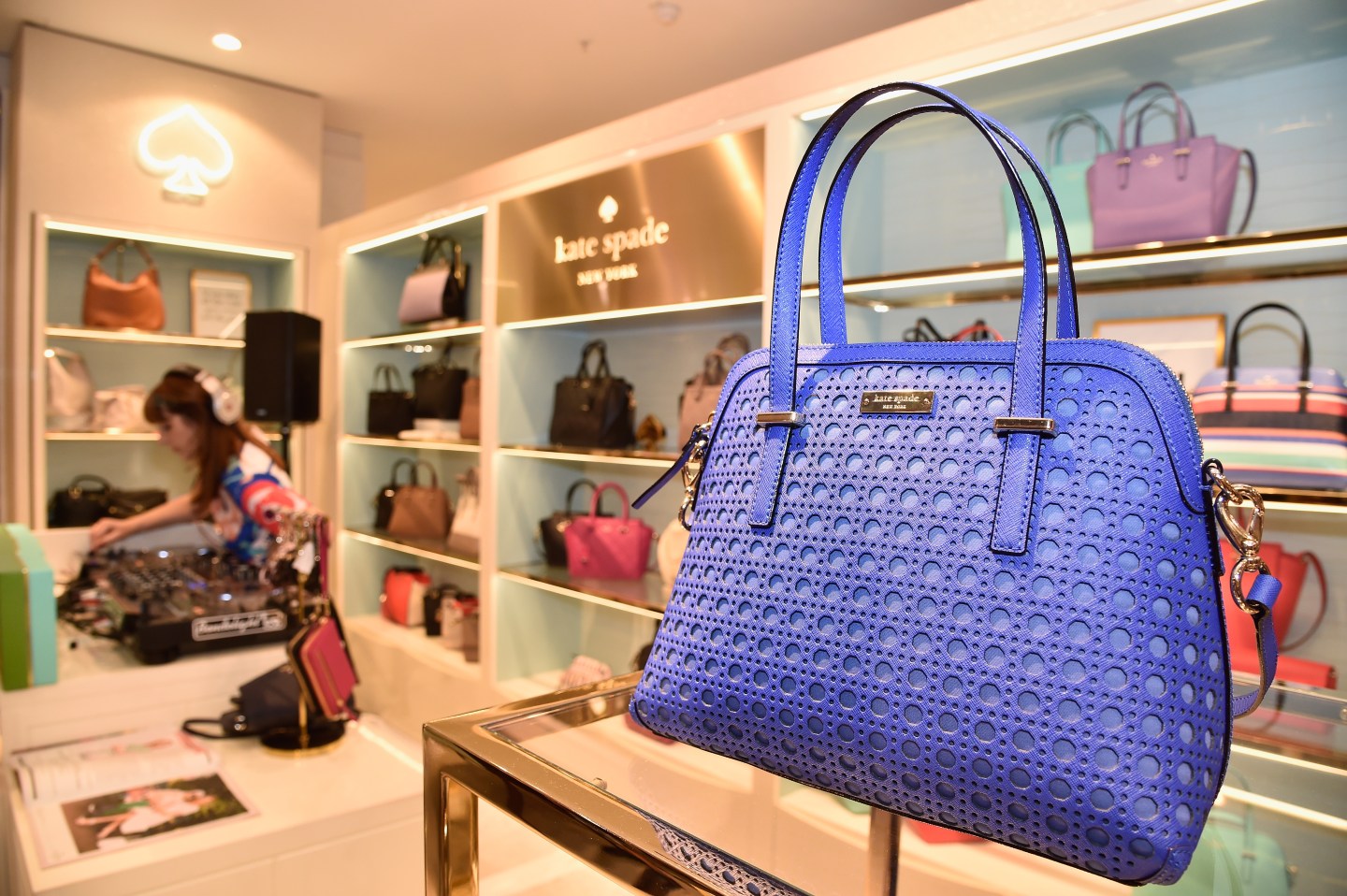 Shares of handbag and apparel maker Kate Spade & Co jumped around 20% on Wednesday afternoon after The Wall Street Journal reported the company is considering a sale.

The retailer, with a market valuation of around $2 billion, has reportedly hired an investment bank and contacted potential buyers—including rival retailers—one person familiar with the matter told the WSJ. The move to consider a potential takeover bid comes less than two months after U.S. hedge fund Caerus Investors urged Kate Spade to sell itself, pointing to the company’s lagging stock price in comparison to peers.

A company spokeswoman declined to comment on the bid speculation. “As a company policy, we do not comment on industry rumors or speculation,” said Emily Garbaccio, Kate Spade vice president of communications, in an e-mailed statement.

Like Coach (COH), Ralph Lauren (RL), and Michael Kors (KORS), Kate Spade is a brand that sits in a sweet spot as being viewed by many shoppers as aspirational, but also far more affordable than say Gucci or Prada.

But many of those brands have found that they’ve relied too much on outlet locations that have diluted that pricing power. Additionally, traffic woes and deep discounting at department stores—key retail partners for Kate Spade and the company’s rivals—have also hurt the brands.

Kate Spade has vowed to become a $4 billion business at retail, aiming to build growth via geographic expansion and by jumping into product categories where the brand doesn’t compete today. Like other affordable luxury peers, it also hopes to generate more business from full-priced items—though that can be a tough feat to achieve at a time when discounting is so prevalent among apparel and accessory purveyors.

The Kate Spade brand was acquired back in 2006 by Liz Claiborne Inc. for $124 million, though that company morphed a few times in subsequent years. Liz Claiborne changed its name to Fifth & Pacific Cos. in 2012 with a plan to focus on three brands: Kate Spade, Juicy Couture, and Lucky Brand. The company then sold off Juicy Couture for $195 million in 2013 and Lucky Brands for $225 million in early 2014—making the Kate Spade brand a standalone company.

Any buyer of Kate Spade would have some work on its hands to steady the brand. Over the past two years, quarterly earnings and revenue totals have beat expectations on half of the time. And investors are concerned about pressure to gross margins because of discounting that’s needed to sell goods. All of those pressures are why the stock has slipped from close to $40 in the summer of 2014 to just shy of $17 apiece in recent trading.