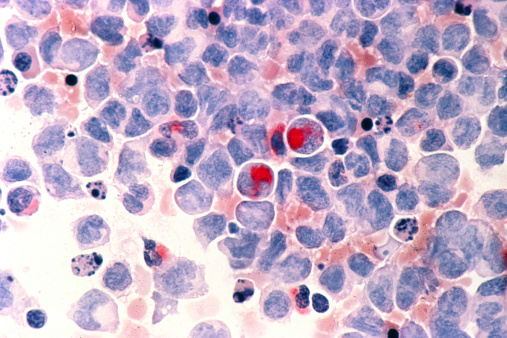 Six patients with acute myeloid leukemia (AML), a type of blood cancer, have been identified with liver toxicity and four have died, the company said on Tuesday.

The company is working with the FDA to identify whether the drug is the cause of the toxicity.

The clinical holds on these early-stage AML trials have been initiated to evaluate the potential risk of liver toxicity in patients who were treated with the drug and underwent a stem cell transplant either before or after the treatment.

“This outcome does place risk on whether the program is able to continue,” Guggenheim Partners’ Tony Butler said.

The toxicity is “most likely drug dependent,” and the company should consider reducing the dose or dosing intervals to see if that changes things, he added.

However, Needham & Co’s Chad Messer cautioned investors not to overreact noting that liver toxicity is a known side effect of stem cell transplantation.

The drug, vadastuximab talirine, has been evaluated in more than 300 patients, and will continue to be tested in an ongoing late-stage study in older AML patients, the company said.

The drug, which has been granted orphan drug designation by both the U.S. FDA and the European Union for the treatment of AML, is also being tested in patients with myelodysplastic syndrome, another form of blood cancer.

AML is a type of blood and bone marrow cancer that affects the growth of immature blood cells. The disease is most common among adults and tends to increase with age.

Seattle Genetics, which already has an FDA-approved lymphoma drug called Advetris, has been previously considered a takeover target.

Up to Friday’s close, stock had risen about 52 pct in the last six months. (Reporting by Divya Grover in Bengaluru; Editing by Maju Samuel and Shounak Dasgupta)