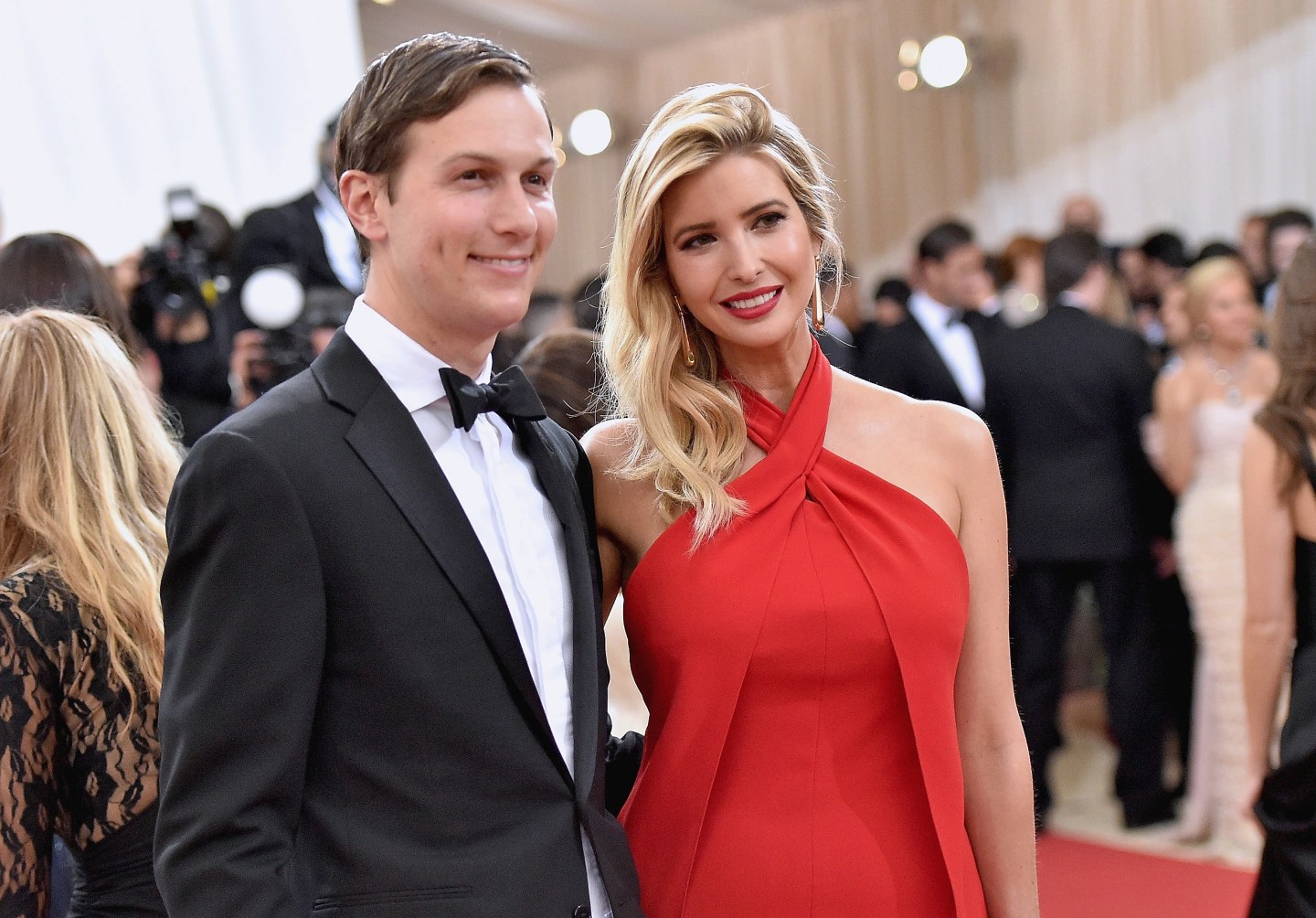 Now that his father-in-law is about to become the 45th President, it seems that Ivanka Trump’s husband, Jared Kushner, is looking to downsize in preparation for an expanded role as an adviser to the new Commander-in-Chief.

One of the things Kushner is said to want to unload is The Observer, the newspaper he bought a decade ago for $10 million. According to several unconfirmed reports, Kushner has had preliminary discussions with potential acquirers about buying the 30-year-old monthly.

Women’s Wear Daily quoted “people familiar with the matter” as saying the 35-year-old Kushner has been “quietly shopping” the paper to a number of interested parties, including American Media, the company that owns the National Enquirer.

An AMI spokesperson told MediaWire that “there are absolutely no discussions regarding an acquisition of the Observer.” But Observer Media chairman and CEO Joseph Meyer told WWD that “we are constantly being approached by potential investors and partners.”

There have been rumors for some time about close ties between AMI and Kushner. The CEO of the Enquirer‘s parent company, David Pecker, is said to be friendly with Donald Trump, and when The Observer stopped printing its weekly paper edition last month, it offered readers a free edition of Star magazine, which is also owned by American Media.

The Enquirer was one of the few publications to publicly endorse Trump for president. And Pecker also reportedly agreed to pay $150,000 to a former Playboy centerfold for her story recounting her alleged affair with Trump, a story that was never published.

Kushner bought the Observer—then known as the New York Observer—in 2006, when he was just 25. He told the Harvard Crimson at the time that the money came from residential real-estate deals he made while he was at the university, although much of the backing for these deals came from his family.

Jared’s father is noted New York developer Charles Kushner, who was convicted of tax evasion, illegal campaign donations, and witness tampering in 2004 (he admitted to hiring a prostitute to entrap his brother-in-law, in order to retaliate against his sister). Kushner eventually spent two years in a federal prison.

At the time the younger Kushner acquired the paper, the Observer was reportedly losing about $2 million annually. Staffers said the new owner started focusing more on the web version of the paper, and on producing a higher volume of shorter stories, rather than the feature-length coverage of New York society and culture that was a staple of the print edition.

After Trump started his campaign for president, Kushner began acting as an adviser to the campaign, which included setting up meetings with prominent conservatives and helping to set up the digital data-driven side of the Trump election machine.

Although Kushner hasn’t been named to a position in the Trump administration, he is said to be talking about an advisory role with an office in the West Wing. And he has probably come to the conclusion that owning a newspaper is only going to get in the way of his eventual admission into the White House inner circle.