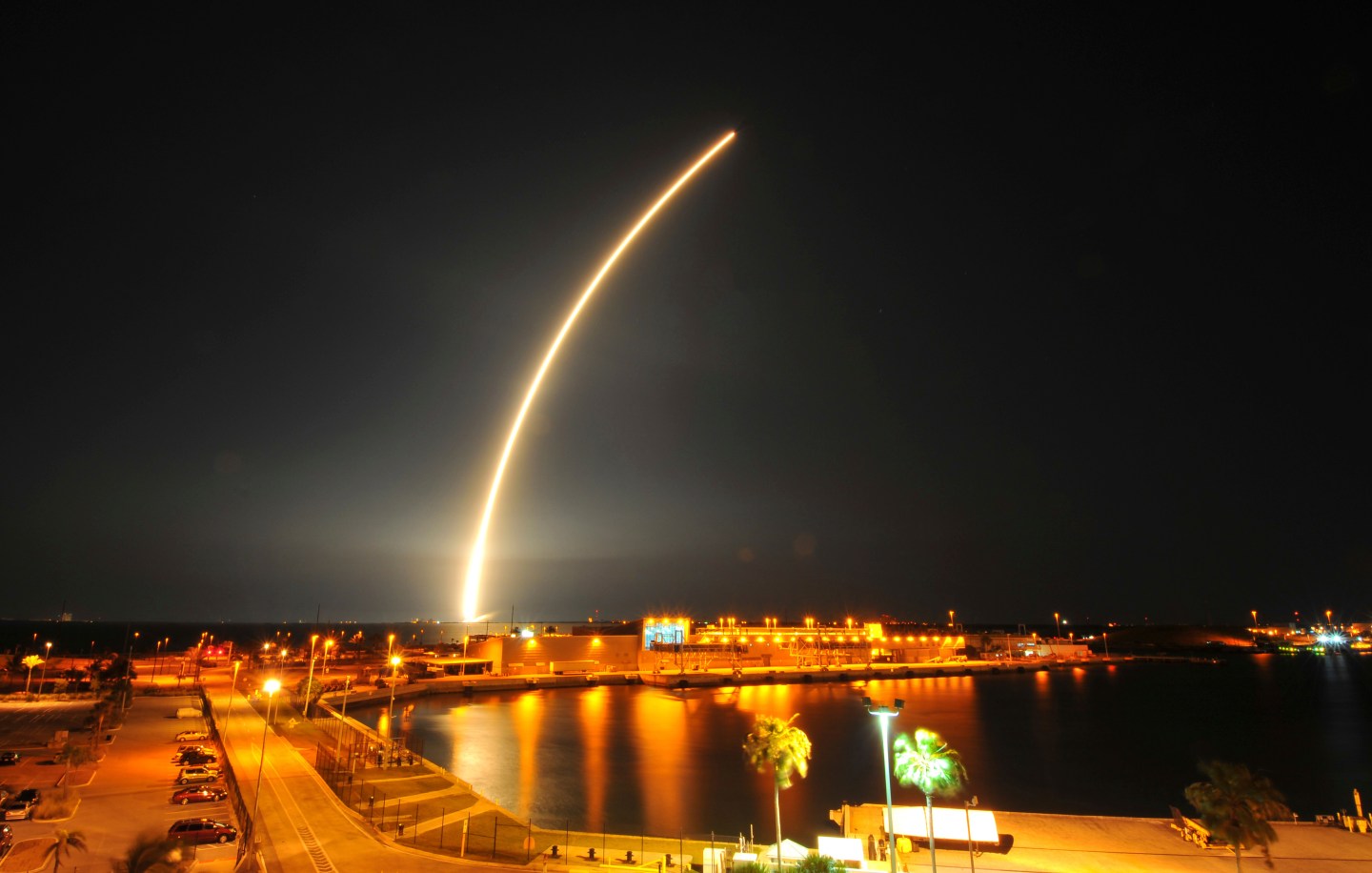 In this photo taken with a 73-second exposure, SpaceX's Falcon 9 rocket lights up the sky after a launch from the Cape Canaveral Air Force Station's Launch complex 40 early Friday morning, May 6, 2016, in Fla. For the second month in a row, the aerospace upstart SpaceX landed a rocket on the ocean platform, this time following the successful launch of a Japanese communications satellite. (Malcolm Denemark/Florida Today via AP) NO SALES; MANDATORY CREDIT
Malcolm Denemark — AP

Spacecom said it was buying a satellite from Boeing Satellite Systems International for $161 million.

The new satellite, Amos-17, is aimed at expanding and strengthening Spacecom’s coverage of growing satellite service markets in Africa, the Middle East and Europe, it said.

Amos-17 is designed to operate for more than 15 years.

“It will be a catalyst for Spacecom’s growth plans over the next decade,” the company said in a statement.

Spacecom last year lost contact with its Amos-5 satellite, which was launched in 2011 and provided coverage to clients in Africa.

It had planned to launch Amos-6 on Sept. 3 but two days before the scheduled launch an explosion destroyed both the satellite and a Falcon 9 rocket belonging to Elon Musk’s SpaceX (SPACEX) during preparations for a routine test firing at Cape Canaveral in Florida.

Spacecom is in negotiations to be sold to Beijing Xinwei Technology Group, which in August said its planned $285 million bid was conditional on the successful launch of Amos-6.

Beijing Xinwei said last month the purchase price had been lowered to about $190 million.

Israel’s Eurocom Holdings owns 64% of Spacecom, whose shares were up 3.6% in afternoon trading in Tel Aviv but are down some 70% since Amos-6 was destroyed.