GDP In Q3 Was Even More Awesome Than We Thought 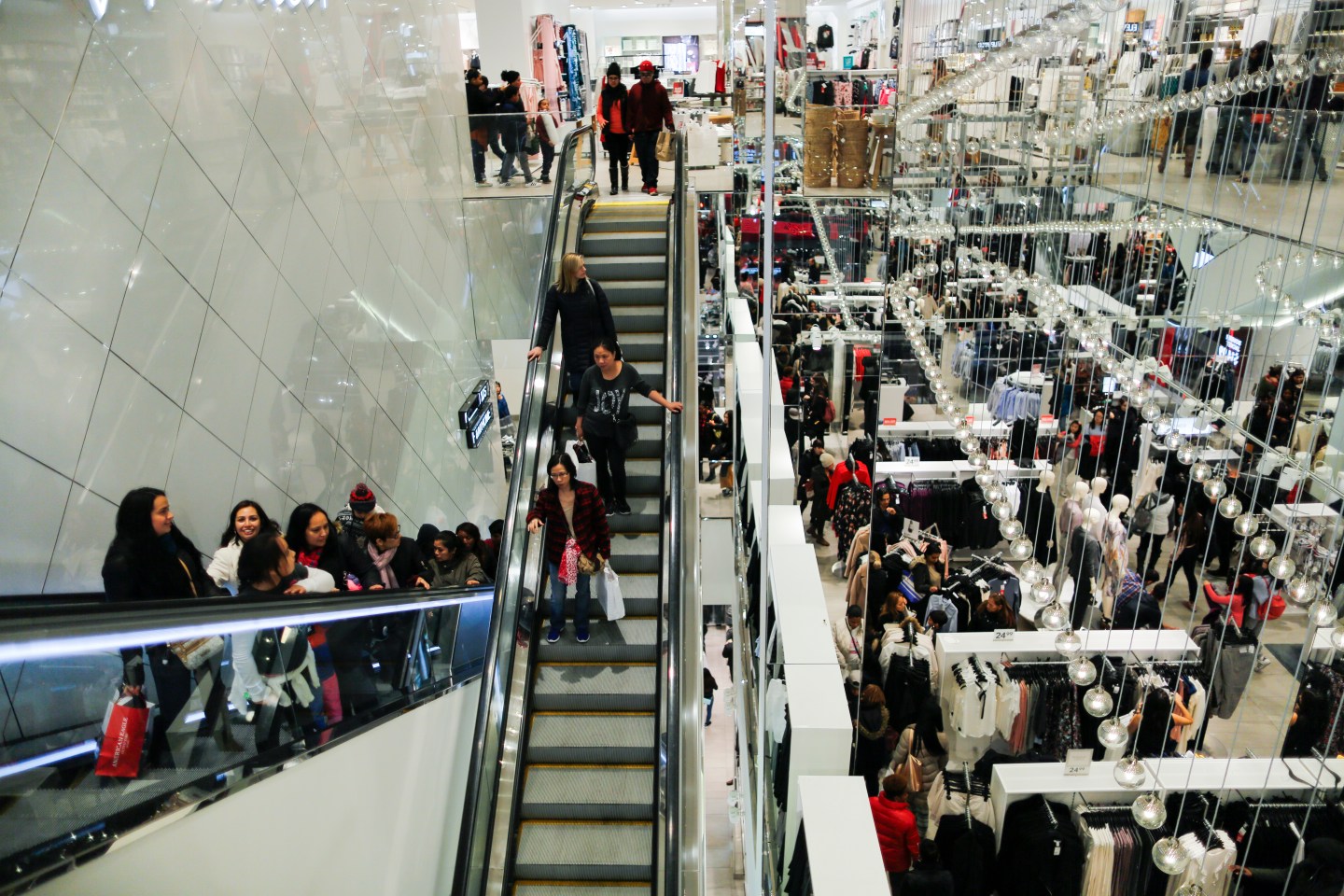 The U.S. economy grew faster than initially thought in the third quarter, notching its best performance in two years, amid solid consumer spending and a jump in soybean exports.

Gross domestic product increased at a 3.5% annual rate instead of the previously reported 3.2% pace, the Commerce Department said in its third GDP estimate on Thursday.

Growth was the strongest since the third quarter of 2014 and followed the second quarter’s anemic 1.4% pace.

Economists polled by Reuters had expected that third-quarter GDP growth would be revised up to a 3.3% rate.

Consumer spending, which accounts for more than two-thirds of U.S. economic activity, increased at a 3.0% rate in the third quarter and not the 2.8% pace reported last month. That was still a slowdown from the second quarter’s robust 4.0% pace.

The export growth estimate was revised a touch lower to a 10.0% rate from the previously reported 10.1% pace. It was the fastest pace since the fourth quarter of 2013. The spike in exports largely reflected a surge in soybean exports after a poor soy harvest in Argentina and Brazil.

Businesses accumulated inventories at a $7.1 billion rate in the last quarter, rather than the $7.6 billion pace reported last month.