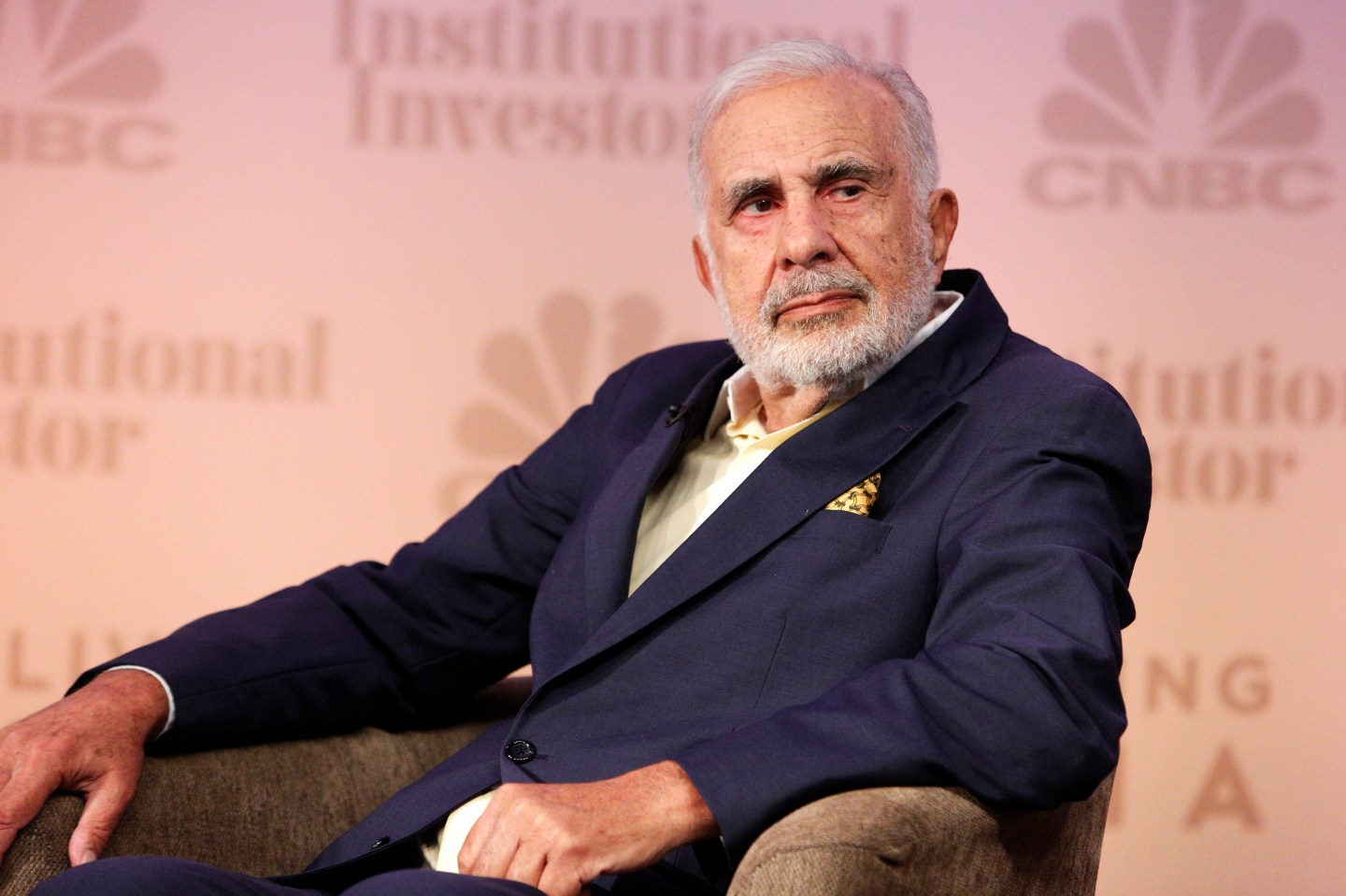 Billionaire investor Carl Icahn targeted environmental and banking regulations on Thursday as big drags on U.S. corporate investment and said revamping them would be a top priority in his role as adviser to President-elect Donald Trump.

Icahn, tapped by Trump on Wednesday as a special adviser for regulatory reform, also said in an interview on CNBC that he was surprised at criticism that his vast business dealings would pose conflicts of interest with his advisory role.

“I honestly am sort of surprised that so much is being made of my being named to that,” Icahn said in the wide-ranging interview, in which he also voiced concern about U.S. stock market levels. He said he owns companies in every sector and has no specific duties outlined in his role for Trump.

“What I’m going to be doing is basically talk to Donald as I’ve talked before,” said Icahn, an early supporter of Trump’s presidential bid.

Saying his business acumen qualified him for such a role in the new administration, Icahn rejected concern that his investments could pose conflicts of interest as “almost a crazy issue.”

Icahn refused to speculate on candidates he would recommend to lead the U.S. Securities and Exchanges Commission, but said the SEC chair should be able to hold U.S. corporate executives and their boards of directors accountable.

He said overregulation has strangled corporate investment in the United States and that corporations perceive themselves to be “at war” with the federal government.

“I do think it’s extremely important for this country that this absurd regulatory environment is toned down somewhat,” he told CNBC. “I’m not against regulations at all. In fact I sort of believe that you need a rule of law. But it’s become literally absurd in many areas.”

Immediate areas he would advise Trump to target would be banking regulations and Environmental Protection Agency regulations, specifically those on what he called “obligated refineries.”

So-called “obligated parties” are refiners without operations dedicated to selling blended fuels to consumers. These “merchant refiners” are required to blend biofuels like ethanol with gasoline or other petroleum products, or else meet those obligations by purchasing paper “credits” called Renewable Identification Numbers (RINs) in an opaque market.

Icahn owns a major stake in one such refiner, CVR Energy Inc , and its stock surged more than 12 percent on Thursday after Icahn’s appointment as a Trump adviser.

Icahn in August called on the EPA to change the market for renewable fuel credits to favor smaller refiners like CVR, a position the Trump campaign later endorsed.

The New York investor also said he was surprised by how the stock market has run ahead so fast since Trump’s Nov. 8 election victory and was “very wary” because of uncertainties.

The benchmark S&P 500 has rallied more than 5 percent since the election, while some key sectors have surged far more. Bank stocks and small cap shares, for instance, are up 25 percent and 14 percent, respectively, in that period.

Icahn said he was now more hedged against a stock market pull back than he was just a couple of weeks ago.