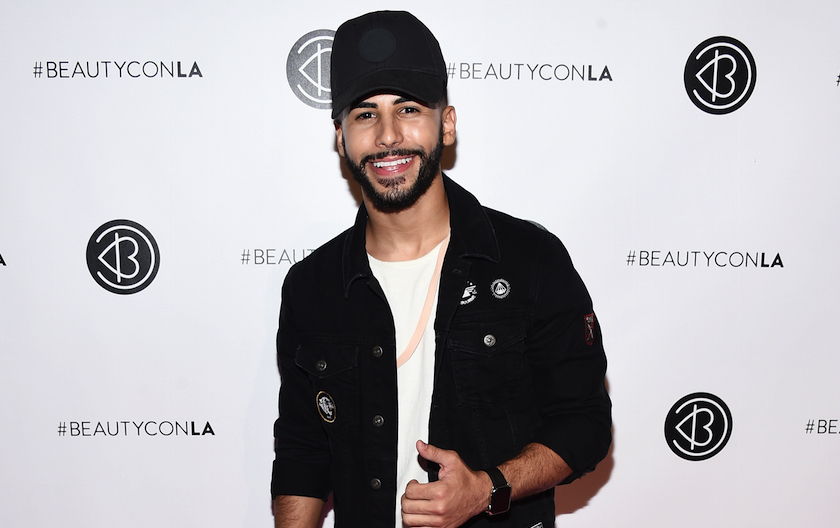 A YouTube star known for playing pranks involving airlines was escorted off a Delta flight on Wednesday morning in Heathrow Airport, claiming that he was removed because fellow passengers complained that he’d spoken Arabic.

Adam Saleh’s tweet about the incident (which included a video of him complaining in the aisle) has already been retweeted more than 350,000 times. He told the Guardian that he had engaged in a short phone call with his mother in Arabic, then spoke to his friend in both Arabic and English before a fellow passenger said they were making her uncomfortable. Saleh says other passengers agreed, and the captain asked to speak to him and his friend outside. The two men were eventually escorted from the flight and rebooked on another airline.

In an initial statement, Delta confirmed that two passengers had been removed and rebooked after “a disturbance in the cabin resulted in more than 20 customers expressing their discomfort.” The airline said it was “taking allegations of discrimination very seriously.” London Metropolitan police also confirmed they were called in after two passengers were removed from a flight, but that “They were not arrested and no offenses were disclosed.”

In an updated statement Wednesday night, Delta said the passengers had caused disruption with “provocative behavior.”

“Upon landing the crew was debriefed and multiple passenger statements collected. Based on the information collected to date, it appears the customers who were removed sought to disrupt the cabin with provocative behavior, including shouting,” the airline said in the statement. “This type of conduct is not welcome on any Delta flight.”

The company added: “What is paramount to Delta is the safety and comfort of our passengers and employees. It is clear these individuals sought to violate that priority.”

Saleh is known as a prankster: He posted a video claiming to have flown himself to another city in a suitcase, though the airline involved later stated that he had in fact flown in a normal seat. And he admitted to exaggerating a video dealing with the way New York police responded to Muslim men arguing on the street depending on their clothing. But Saleh says Wednesday’s video was not a hoax.

The Council on American-Islamic Relations (CAIR) says it does hear about complaints of Muslim passengers being removed from flights because of their speech, dress and other factors that made their neighbors uncomfortable. It has written a pocket guide for American Muslims that includes advice for defending one’s rights as an airline passenger.