Ford Is Shutting Down a Kansas City Plant for a Week 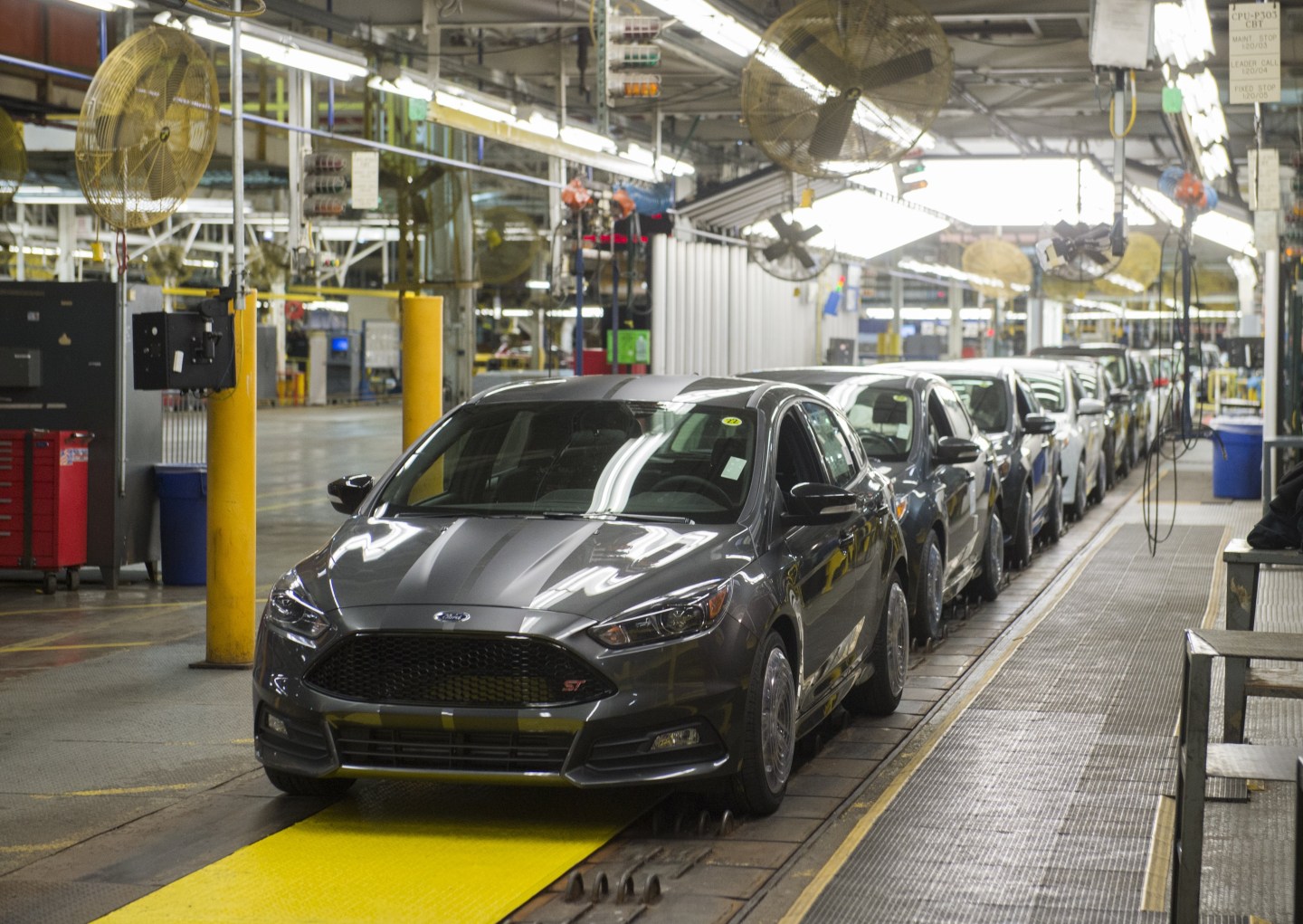 A lineup of Ford Focus vehicles is seen on an assembly line prior to a speech by US President Barack Obama about the automotive manufacturing industry at the Ford Michigan Assembly Plant in Wayne, Michigan, January 7, 2015. AFP PHOTO / SAUL LOEB (Photo credit should read SAUL LOEB/AFP/Getty Images)
Photograph by Saul Loeb—AFP/Getty Images

Ford Motor will close its Kansas City, Missouri pickup truck and van plant for a week in early January to match production and demand, the automaker said on Tuesday.

The plant makes F-150 pickup trucks and Ford Transit vans. Ford (F) also closed the Kansas City plant for a week a couple of months ago.

The move comes a day after GM (GM) announced it was closing five U.S. plants, mainly ones that make light-selling sedans, in January from one to three weeks.

Later on Monday, GM also said that in March it will lay off about 1,300 plant workers and cut the second shift at its Detroit-Hamtramck plant. The plant makes the Chevrolet Volt plug-in hybrid, and three sedans: the Chevrolet Impala, Cadillac CT6 and Buick LaCrosse.

Sedans remain essential for most auto manufacturers, but U.S. consumer appetite for them has waned in the past few years in favor of SUVs and pickup trucks.

“General Motors will explore placement opportunities at other GM facilities for those affected by this decision,” the company said in an emailed statement.

The new layoffs are on top of 2,000 as GM in January eliminates a shift each at plants in Lordstown, Ohio and Lansing, Michigan, which the company announced in November.

The single week shutdown of the Ford Kansas City plant will allow “time to perform maintenance” of the machinery at the factory, Ford said in an emailed statement on Tuesday.

Data from the Automotive News, which reported the Kansas City shutdown earlier on Tuesday, shows there were 108 days of Transit inventory at the start of this month, up from 82 days a month earlier. The Kansas City plant is the only U.S. plant that makes the Transit van.

The Volt has been well-received among electrified vehicles, with sales up nearly 60% this year through November. However, it remains a low-volume niche product at about 2,500 in U.S. sales in November.

U.S. sales of the Impala are down 20% this year, and inventory data for the Buick LaCrosse shows a lofty 168 days of supply, and for the Cadillac CT6 it was 111 days, Automotive News data shows.

Correction: An earlier headline of this story erroneously stated that Ford was copying GM by shutting down its Kansas City plant. Ford has long had its own plan to balance production and demand.