Why Trump Could (Cringe) Be Good For Silicon Valley 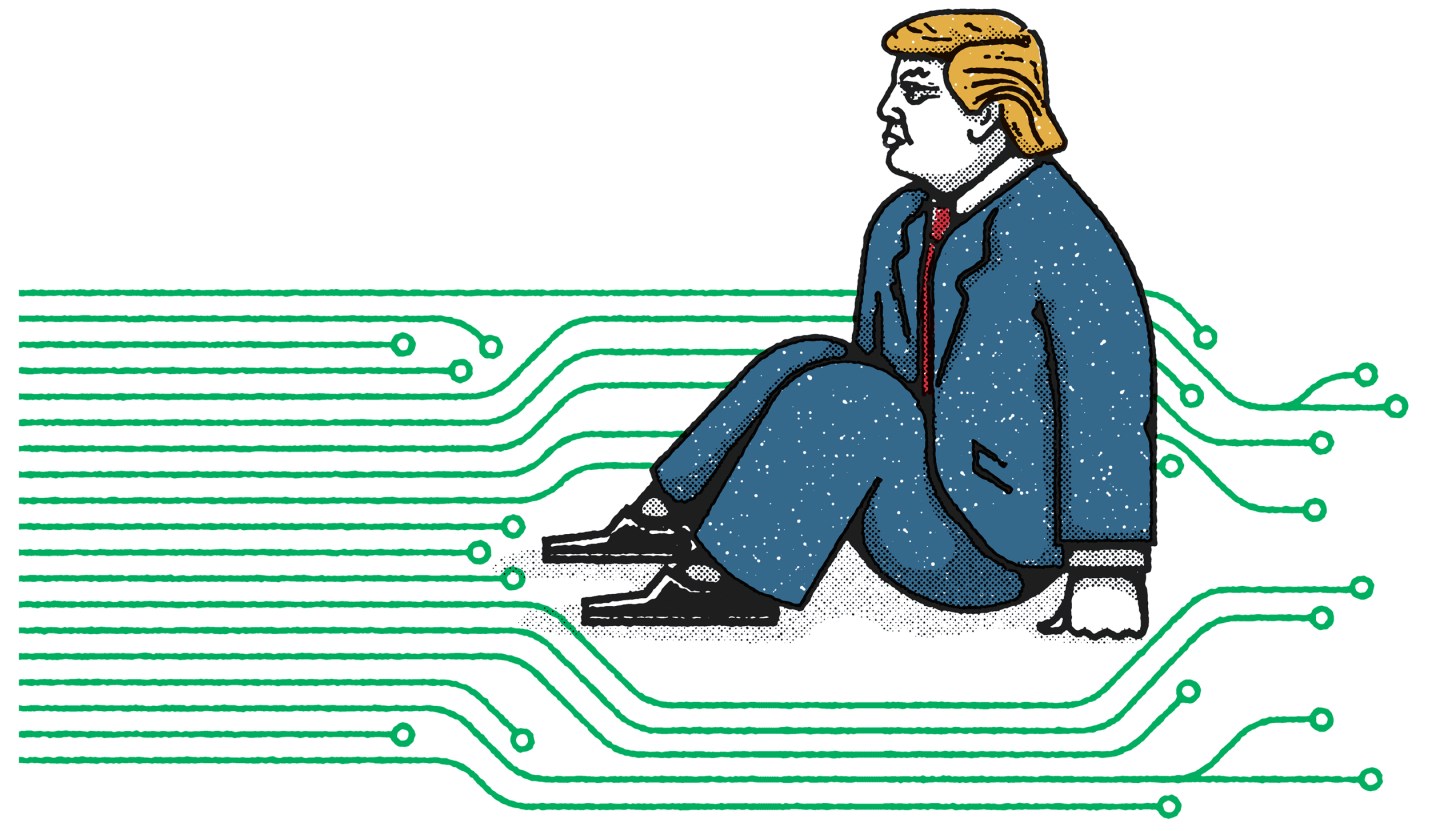 “F*CK TRUMP.” That was the message Charles River Ventures, a Boston-based venture capital firm, blasted at anyone who visited its website this fall. A page railed against Donald Trump’s anti-immigration stance: “If you are for building walls and stopping change, stay away. Bigots need not apply.”

It was a potent sentiment shared throughout the tech industry and expressed equally on Twitter, in Medium blog posts, on conference stages, and in campaign donations. One hundred forty-five tech leaders signed an open letter opposing Trump. Amazon (AMZN) CEO and Washington Post owner Jeff Bezos declared that Trump is eroding the U.S. democracy. Hewlett Packard Enterprise (HPE) CEO Meg Whitman, a Republican, donated to Hillary Clinton and called Trump a “dishonest demagogue.” No sector of business was more vocal in its opposition.

I say “was” because those sentiments are fading. CRV’s homepage has returned to normal. Some venture investors admitted to me that they deleted their anti-Trump tweets. Whitman announced that “it is the obligation of every citizen to support our President.” And in December, a cabal of Silicon Valley’s top leaders—Bezos among them—trudged to Trump Tower to glad-hand the President-elect.

The dirty secret is that a President Trump will be very good for certain power players in Silicon Valley. Set aside morality—in Trump’s America, fiduciary duty comes first. Despite tough campaign talk about consolidation, Trump is not expected to oppose monopolistic behavior. Good news if you’re Amazon, Alphabet (GOOGL), or Facebook (FB).

An extremely business-friendly administration will only help. Elaine Chao, Trump’s nominee for Transportation secretary, has signaled a friendliness to the so-called gig economy that includes Uber and Lyft’s fleets of part-time drivers. And while the Securities and Exchange Commission has recently started paying closer attention to large private startups, most observers don’t expect that to be a focus under Trump.

The prospect of a Trump-size cut to corporate taxes could even send the public markets soaring—just the thing to jump-start a string of long-overdue tech IPOs.

It could be huge. Trust me.

A version of this article appears in the January 1, 2017 issue of Fortune with the headline “In Trump Tech (Must) Trust.”