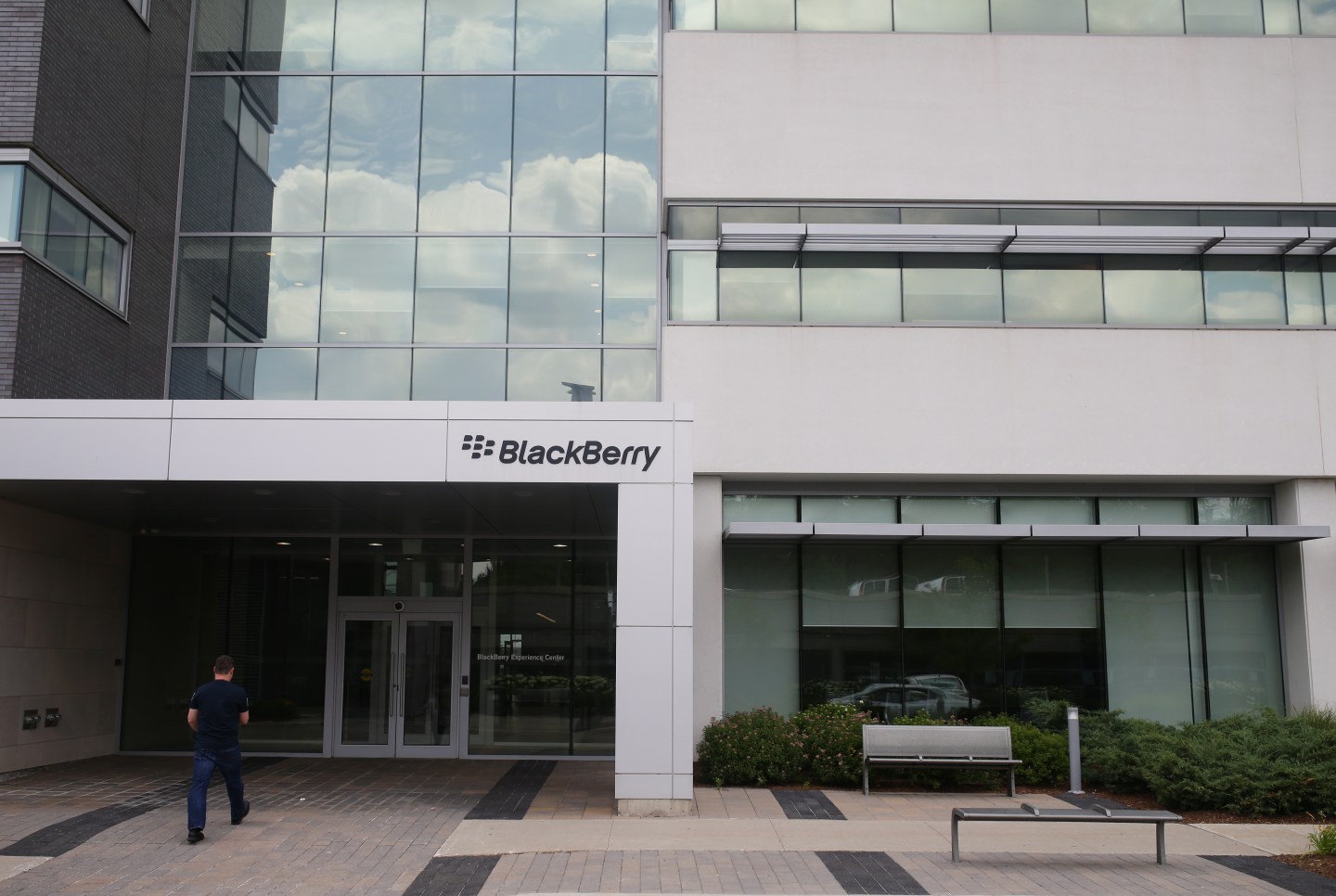 A man enters the BlackBerry Ltd. headquarters building in Waterloo, Ontario, Canada, on Wednesday, July 6, 2016. BlackBerry will no longer manufacture the BlackBerry Classic, a beloved, updated model of the original that made the company a smartphone leader before Apple Inc. and Samsung Electronics Co. dethroned it. Photographer: Cole Burston/Bloomberg via Getty Images
Photograph by Cole Burston — Bloomberg via Getty Images

BlackBerry on Tuesday posted an adjusted profit that beat expectations even as revenue dropped sharply, as the software growth it is relying on failed to fully make up for its retreat from handsets and lost service fees.

The Canadian smartphone pioneer has gone through a wrenching transition in recent years featuring huge writedowns and job cuts as it seeks to build up a software business not tied directly to its eponymous smartphones, which have fallen from market dominance to also-ran in the iPhone and Android era.

BlackBerry said about 80% of its software and services revenue, excluding patent licensing and professional services, was recurring, which helped it notch a record gross margin.

The results from the company’s software business gave investors reasons to be hopeful, said IDC analyst John Jackson. He was not surprised by the steep drop in hardware revenue.

“The part of the business that represents the future continues to show, I think, reasonably good progress,” he said.

The company said it had software and services revenue of $160 million in the quarter, up from the prior quarter and year-ago period, while sales from its handset business dropped to $62 million from $220 million a year earlier.

Adjusted earnings of two cents a share came in ahead of analysts’ expectations for a 1 cent a share loss, according to Thomson Reuters I/B/E/S.

BlackBerry also said it expects to achieve an adjusted profit for this fiscal year, up from a prior outlook of breakeven to a five cent loss. The company’s Nasdaq-listed shares rose 3.1% to $7.95 in premarket trading.

Analysts had expected revenue of $331.9 million.