Steve Jobs Sold NeXT to Apple 20 Years Ago Today 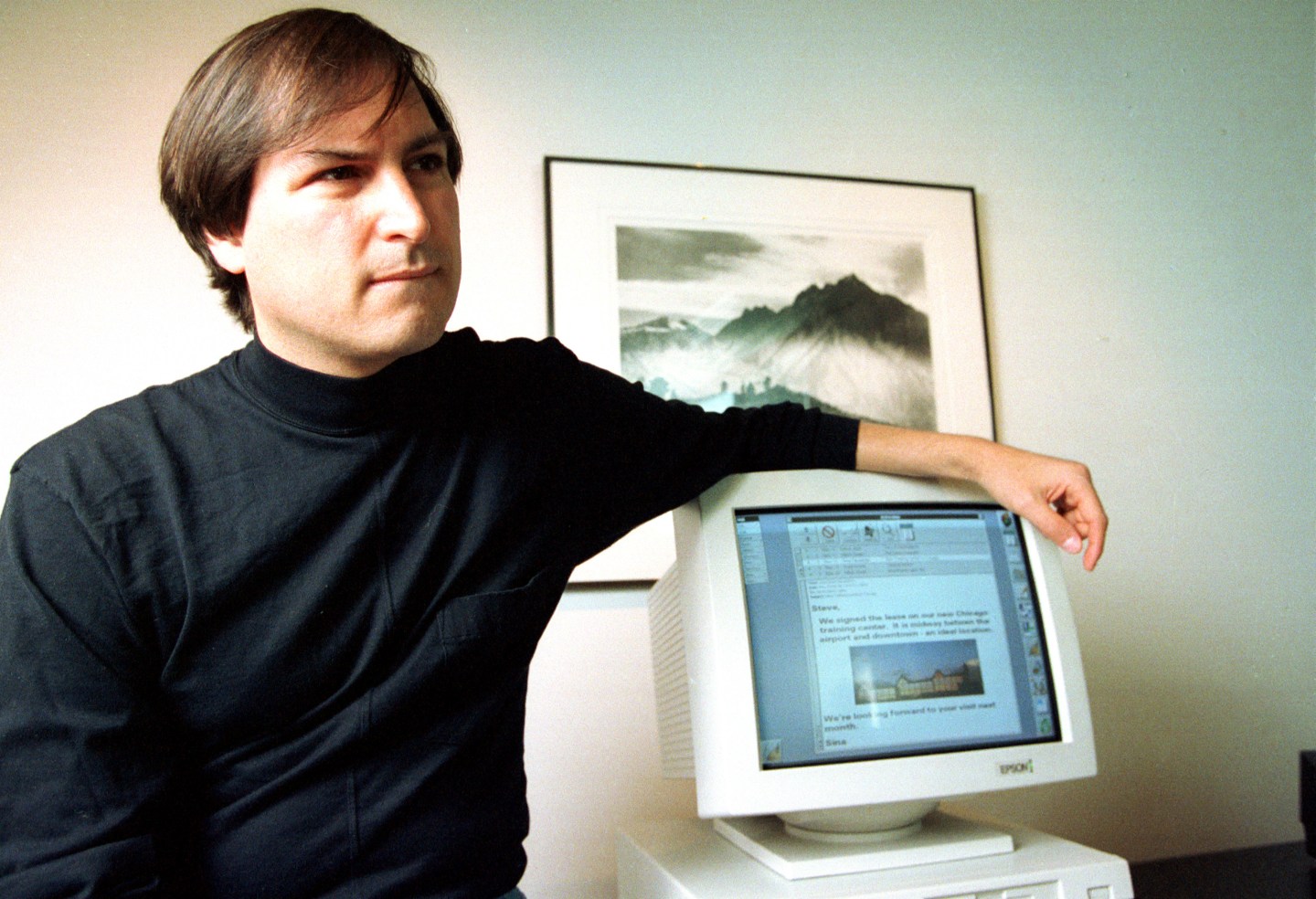 Twenty years ago today, Steve Jobs started his march back to Apple.

On Dec. 20, 1996, Apple announced plans to acquire NeXT Software, the company Jobs founded, for $400 million. As part of the deal, Jobs, who had been previously pushed out of Apple, returned to report to then CEO Dr. Gil Amelio.

It would set off a chain of events that would change the technology industry forever.

Jobs founded NeXT in 1985 with help from several former Apple employees. While Jobs had wanted to create a budget-friendly desktop computer to compete with the Mac and PC, by 1986, the NeXT strategy had changed and his team was trying to build both hardware and software to create a cohesive computing experience. The software NeXT created, NeXTSTEP, came bundled with NeXT computers that went on sale in the late 1980s.

NeXT computers didn’t quite sell as well as Apple’s computers, and the hardware division was eventually sold off to Canon in 1993. But NeXTSTEP earned good reviews from users and industry pundits. And as its popularity grew, Apple took notice.

In announcing the NeXT acquisition in 1996, Apple said that NeXT’s “strengths in development software and operating environments” would be combined with Apple’s “ease-of-use” and multimedia software.

Apple initially said that NeXTSTEP features would be used in its own operating system, Mac OS. Soon after Apple closed the deal, however, NeXTSTEP became the foundation on which all future Apple operating systems, including today’s macOS, could be traced.

But there was more to the deal, which closed in 1997, than software. The NeXT acquisition also brought Steve Jobs back into the fold at Apple.

For more about Steve Jobs and NeXT, watch:

When Apple (AAPL) announced that Jobs was returning to Apple in 1996, there was no hint to what the future may hold. In a statement at the time, Jobs only said that he was looking forward to playing “a role in architecting Apple’s future.”

In truth, Jobs was well on his way to leading Apple again, and by September 1997, he was named interim chief executive.

Jobs eliminated a number of poorly performing projects, including the ill-fated Newton personal digital assistant, and refocused Apple on growing its business through computers and software. By 2000, Jobs, who had stabilized Apple and kicked off what would become a historic turnaround, dropped the interim title. He remained CEO until 2011, when health problems forced him to step aside.

NeXT isn’t necessarily remembered as a major technology industry hit, but it’s still an integral part of Apple history. Absent NeXT, Apple, and its products, may not look the same today. And the technology industry’s path over the last 20 years might have looked much different if Steve Jobs didn’t decide to start another computer company in the 1980s.

NeXT was that important.