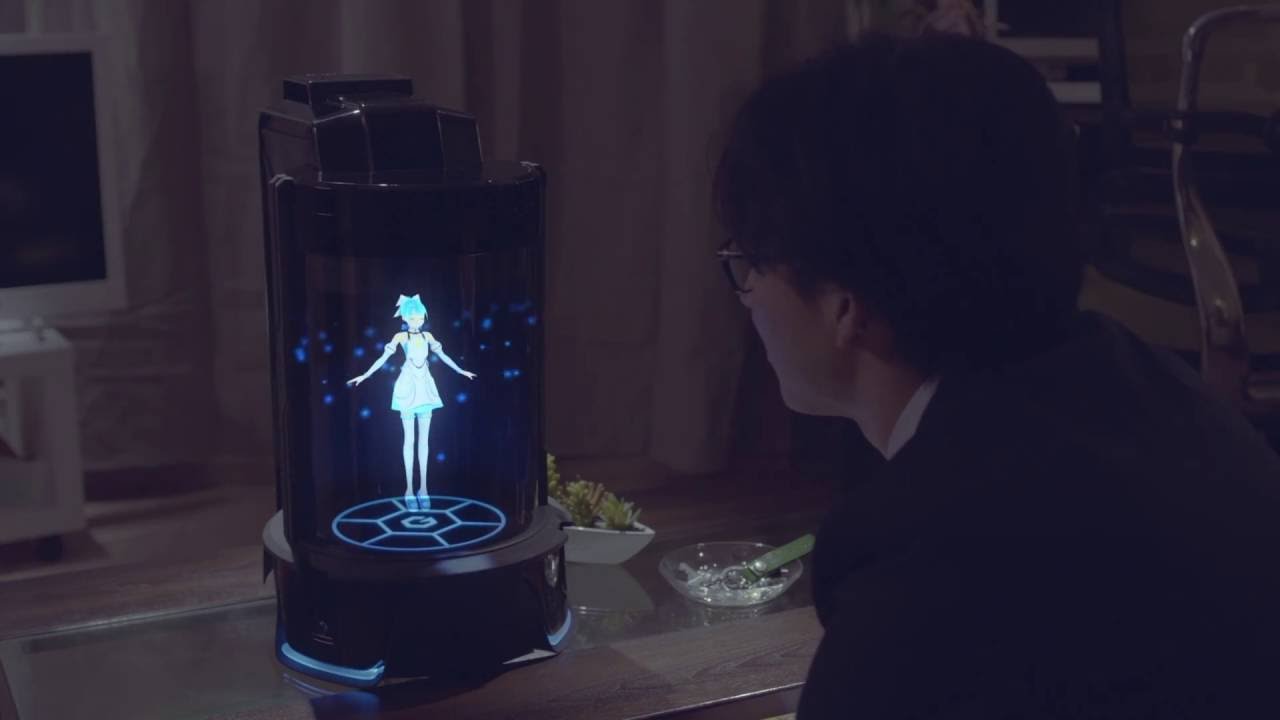 Last week, a Japanese company called Gatebox opened pre-orders for a new breed of virtual assistant. While Alexa and Google Home are a bit lacking in the personality department, Gatebox users get to interact with a 3-D anime character called Azumi Hikari. She’s being pitched as both a handy helper—and a pseudo-girlfriend.

Yes, it’s icky (kimoi in Japanese). But it’s more than that. The Gatebox encapsulates (literally) the social isolation that has strangled Japan’s once-vibrant economy.

If that sounds like a stretch, just look at the bleak promotional video Gatebox released last Tuesday. It begins as a Gatebox/Hikari wakes a young man, informs him of the weather, and gets him to work on schedule. So far so good—though there’s a hint of something weird when he turns to tell her/it goodbye.

Things get really depressing, though, as the Gatebox/Hikari texts the young man throughout the day (it includes a chatbot), even encouraging him longingly to “Come home early.” When he finally calls it a day, he’s sure to let “her” know, and she replies with an excited “Yay!”

Finally, as he lies down to sleep, the young man shares his true feelings with the appliance. “You know, while I was on my way home, I thought—it feels great that someone’s waiting for me.”

It would be easy to laugh at the limited-release Gatebox as an overpriced ($2,500!) toy for alienated, anime-obsessed nerds. But in Japan, the alienation that would make a lonely, overworked young man reach out to a robot for companionship is endemic.

In America, discussions of marriage rates usually center around social stability, but that’s not the main issue in Japan—population is. Japan’s birth rate is around 1.4 children per woman, compared to the 2.1 rate needed for population stability. That’s not the lowest in the world—Germany’s birth rate is actually lower—and America’s recently dropped to a record low 1.86.

But Japan is different from both Germany and the U.S. because it has both a low birth rate and extremely tight immigration restrictions. That combination has led to the dangerously rapid aging of Japan’s population. There are serious questions about whether today’s twenty- or thirty-somethings will be able to care for their elders. Rural economies in particular have cratered as young people cluster in big cities.

Japan watchers have made a perennial sport out of opining on the causes of Japan’s low marriage and birth rates, even though they’re common to most advanced economies. Japan’s culture of long work hours is often cited as a culprit, though by some measures Japan is not exceptionally hard-working. What’s more certain is that the decline of steady employment opportunities has robbed men lower on the economic scale of the stability to marry.

For more on digital assistants, watch our video.

There’s also the subtler matter of gender relations. Though feminist ideals are widespread and women’s career opportunities are expanding, Japanese women who marry are still expected to end their careers and take on a traditional role in the household, making the prospect less attractive. At the same time, young Japanese men are being knocked around for being “herbivores”—that is, passive, uncompetitive, and uninterested in sex, perhaps itself an accommodation with their narrowing horizons.

These various forces, it’s worth noting, are linked. Opposition to immigration, equality for women, and employment reform are all rooted in a stalwart commitment to tradition, institutionalized in Japan’s corporate-government nexus, which has spent decades evading necessary structural reforms.

So, while American companies are turning out home assistants focused on entertainment and efficiency, a holographic wife may be a needed balm for Japan’s troubled socio-economic landscape.