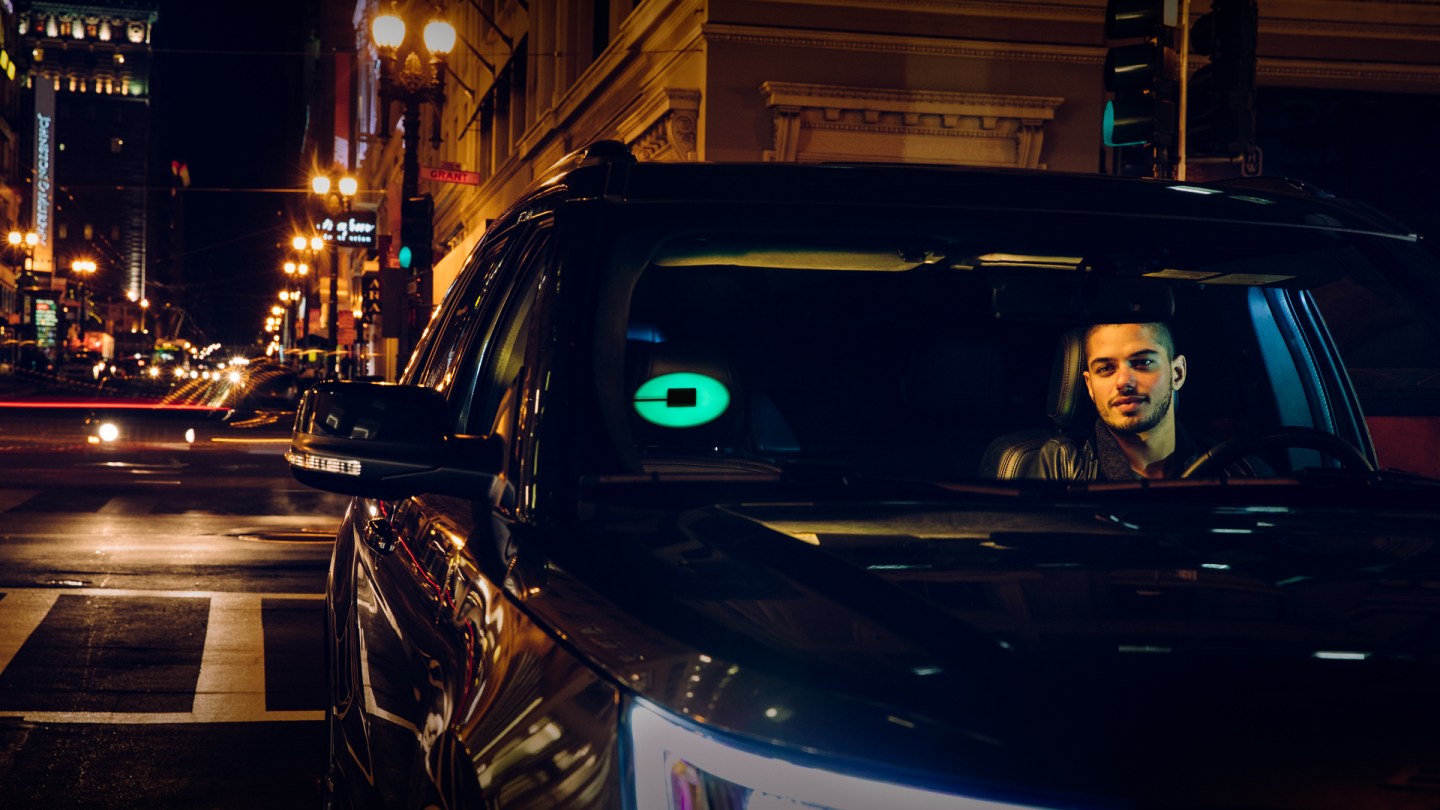 On Thursday, the ride-hailing giant unveiled a small circular device, in the shape of Uber’s logo, meant to be attached to Uber driver windshields to help passengers more easily spot their ride on the street. The device, named Beacon, can light up and display a variety of colors thanks to eight LED lights inside it.

“Our team was focused on that slice of time between when you request an Uber, and you get picked up,” Uber product manager Nikhil Goel told Fortune about the company’s goal when designing the Beacon.

The Beacon is easy to set: just stick the small magnetized holder to the windshield from inside the car using the adhesive side, then attach the device to the holder. The Beacon is charged via a USB cable, outside the vehicle or while the driver is on the road. Uber says that the device should last for “thousands of charges” before it needs to be replaced. Drivers can seek help for their Beacons by contacting Uber online or stopping by the local center for Uber driver resources.

This isn’t Uber’s first such device. Last year, Uber quietly ran a pilot program in Seattle for a similar product called Spot. The Spot was a strip-shaped light that could glow in different colors. Like the Beacon, it displayed one of six color options to make it easier for the passenger to identify their Uber ride.

“With Spot, it was important to test our thesis: Can hardware help with the pickup?” said Goel. Though the Spot device yielded positive results during testing, the company did learn that its shape made it hard to position on the windshield, Uber designer John Badalamenti told Fortune. Another lesson from the Spot: cancelation rates, calls, and text messages between drivers and passengers (presumably to find each other), decreased, said the company.

Just a month ago, rival Lyft showed off its own dashboard device with colorful lights, the same day it also debuted a series of cheeky television commercials parodying Uber. (Sadly, Uber had no ads of its own to share this time.) Though Lyft ditched its signature pink mustache in the process, its Amp device is just as funky with its bright colors.

For more on Lyft, watch this Fortune video:

Both companies say their goal is to make the passenger pickup process faster and easier by helping riders and drivers identify each other by a color. In the end, the faster passenger can find and hop into their ride, the more efficient drivers can be with their time—meaning, an increase in the number of rides they can complete.

Initially, Uber will give out Beacon devices in Miami, Denver, Nashville, and New Castle and Belfast in the U.K., though it plans to expand the availability of Beacons in the future. The company declined to share how much it spent to develop the device, but did admit to working with consultants on the project.