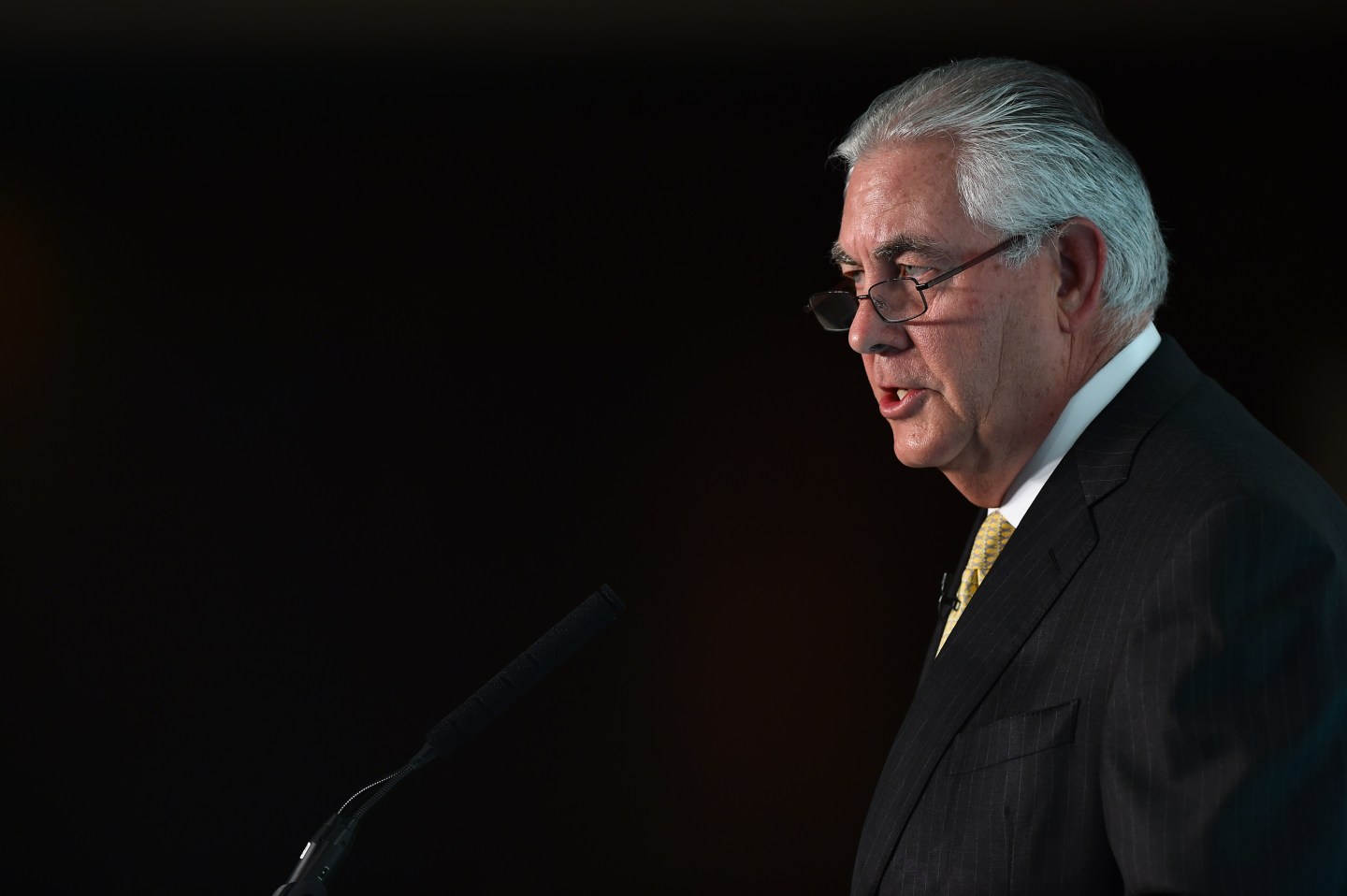 Tillerson’s decade-long friendliness with the Russian ruler aligns him with Trump on a critical piece of the incoming administration’s foreign policy agenda. And the nature of the Trump squad’s posture toward Russia took on a darker and more urgent cast with the report Friday night that the CIA has concluded Russia meddled in the election to help the Republican win.

If Tillerson in fact gets the nod, look for Senate Democrats to make a confirmation issue of his opposition to Russian sanctions. Lifting them could be a boon to his retirement funds, a writ small version of Trump’s conflicts of interest.

For more on Trump’s transition, watch:

But Tillerson’s advocacy in other areas grates against Trump’s program. A rock-ribbed Republican, the Texan nevertheless has staked out positions that put him at odds with the party’s new hardline. Most notably, Tillerson has passionately defended the Common Core education standards that in recent years became a bête noire of the Tea Party and which Trump railed against in the GOP primary. (Tillerson went so far as to cut off Exxon campaign contributions to pols who crossed him in the fight, though it arguably has no direct bearing on the company’s bottom line.) That issue would fall outside his portfolio as the nation’s top diplomat.

Yet at the helm of the State Department, Tillerson would have a role shaping trade policy. On that front, he’s consistently called for “working to lower trade barriers and end protectionist policies,” as he said in a 2013 speech, and advocated for the Trans-Pacific Partnership. The approach represents a direct affront to the core of Trump’s populist economic pitch — while placing Tillerson squarely in the mainstream of the thinking at the Business Roundtable, the Washington trade group representing top CEOs. Trump nearly tapped another BRT stalwart, JPMorgan CEO Jamie Dimon, for Treasury Secretary, before Dimon took his name out of the running.

Trump’s Secretary of State: ‘Who Knows’ How Many Finalists There Are

The Wall Streeter has since been elected to chair the BRT for the next two years. Trump is poised, meanwhile, to name Goldman Sachs president Gary Cohn to lead the National Economic Council, which coordinates White House economic policy. The appointment would add a third executive from the firm to the top ranks of Trump’s governing team (though one, senior Trump advisor Steve Bannon, hardly fits the mold). That, despite the fact that during the campaign, Trump made Goldman one of his favorite targets, calling it out as a key cog in a dastardly Wall Street-Washington machine he promised to smash.

Word of the Cohn appointment broke Friday morning as FedEx CEO Fred Smith, another BRT member, wrapped up a speech in Washington meant to send a stern message to Trump about his trade agenda. Smith said scrapping the North American Free Trade Agreement would be “catastrophic” for the U.S. economy and called protectionism broadly a recipe for failure.

As the day wore on, it appeared he had preached to a gathering choir. Trump’s hostility to free trade has been his most consistently held policy position, dating back to the 1980s. But since the election, he’s shown flexibility in the extreme on his defining campaign pledges. That doesn’t mean Trump will soon be dusting off the TPP, which by all accounts will stay dead. If his recent appointments are a clue, however, much of the rest that’s put Trump at odds with the corporate consensus may be negotiable.