Thanks to Twitter, Donald Trump Will Soon Be the Cyberbully-In-Chief 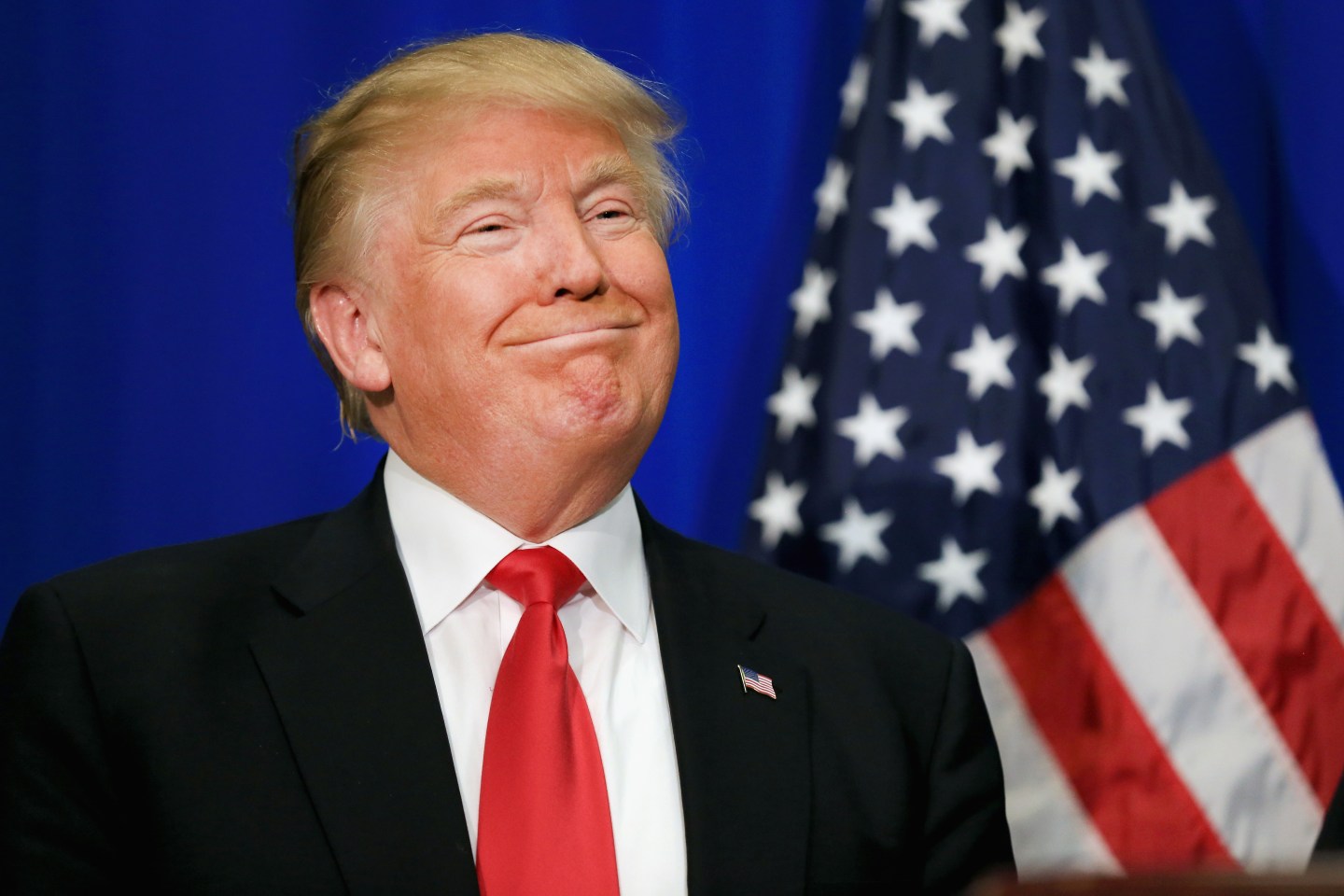 When Donald Trump was just another candidate among the herd of Republican hopefuls aiming for the White House, his use of Twitter as a “bully pulpit” to denigrate his opponents often seemed entertaining. But more recently, we’ve had a glimpse of what it might be like to have a president who uses it that way—and it’s not a pretty picture.

In the midst of his negotiations with Carrier, the air-conditioning manufacturer, about trying to keep some jobs in Indiana, Trump publicly called out the head of the company’s union for being incompetent and said his behavior was one reason why companies leave the U.S.

Chuck Jones, who is President of United Steelworkers 1999, has done a terrible job representing workers. No wonder companies flee country!

If Trump were just a billionaire real estate developer, that kind of attitude might be excusable. But from the president-elect of the United States? A man who will soon have a huge amount of power over Congress, not to mention the Supreme Court?

“When you attack a man for living an ordinary life in an ordinary job, it is bullying,” Nicolle Wallace, communications director for George Bush and a top Republican strategist, told the New York Times. “This is a strategy to bully somebody who dissents. That’s what is dark and disturbing.”

Chuck Jones isn’t the only one who has been on the receiving end of Trump’s tweeted insults, and the Carrier deal is far from the only case where the president-elect has tried to use Twitter as a platform to get his way. He did something similar with Boeing, by criticizing the huge sums he said were involved in a Boeing contract for a new Air Force One jet.

The numbers cited by Trump were incorrect, but the message was clear: He wasn’t going to stand for the deal, but instead was essentially trying to renegotiate it through Twitter. Boeing’s CEO made some critical comments about Trump’s attitude towards China, comments that were reported just minutes before Trump posted his tweet. A coincidence? Or retribution?

Many people undoubtedly dismiss Trump’s tweets as just a lot of sound and fury, signifying nothing. But they can have real effects—and not just on things like Boeing’s share price (BA), which dropped after Trump made his comments about the over-priced contract.

For example, the Washington Post spoke with Lauren Batchelder, a 19-year-old woman who asked a question at a Trump rally during the campaign, and was the subject of abuse and harassment for months afterwards, to the point where the Post interview is the first time she has spoken about it.

The arrogant young woman who questioned me in such a nasty fashion at No Labels yesterday was a Jeb staffer! HOW CAN HE BEAT RUSSIA & CHINA?

Trump and his supporters latched onto the fact that Batchelder was working for Republican candidate Jeb Bush at the time she went to the Trump rally (she later quit the campaign and voted for Hillary Clinton), and argued that she was a plant. But she says she was not there as a party worker, and her harassment has been real.

The incident with Batchelder may have taken place during the heat of the campaign, but Trump’s behavior has not changed much since. If anything, it has become even more aggressive.

Facebook’s fake news problem is worse than it looks:

At one point, when discussing the topic of voter fraud, Trump retweeted a teenaged boy’s account in order to repeatedly bully a CNN reporter for not doing her job. This is just one example of the kind of hostility towards the media that journalists could be subjected to under President Trump, an attitude that he encouraged among his supporters during the campaign.

Trump on Twitter is the ultimate bully pulpit. Disappoined to see an important tool for freedom of speech to be used by PEOTUS to menace.

The larger risks of a U.S. president who tweets his thoughts and emotions are potentially fairly significant. There has already been something approaching an international incident based on one of his tweets, when Trump appeared to be giving Taiwan more recognition than foreign-policy analysts would recommend, which irritated the Chinese government.

But even apart from the foreign-policy implications, the idea of a president who uses Twitter to single out individuals like Chuck Jones or Lauren Batchelder or a CNN reporter, and subject them to potentially public humiliation and harassment by some of his supporters—including death threats—is disturbing.

Trolling on Twitter is already a significant problem, but what happens when the president is the one who is doing the trolling? Some have called for Twitter to remove Trump’s account because of his behavior, but if anything, that risks giving his supporters even more ammunition to claim he is being unfairly treated by the left.

It’s possible that Trump’s handlers will find some way to prevent him from continuing to behave the way he has on Twitter once he becomes president. That appears to be the only way that the country will get rid of its cyberbully-in-chief.