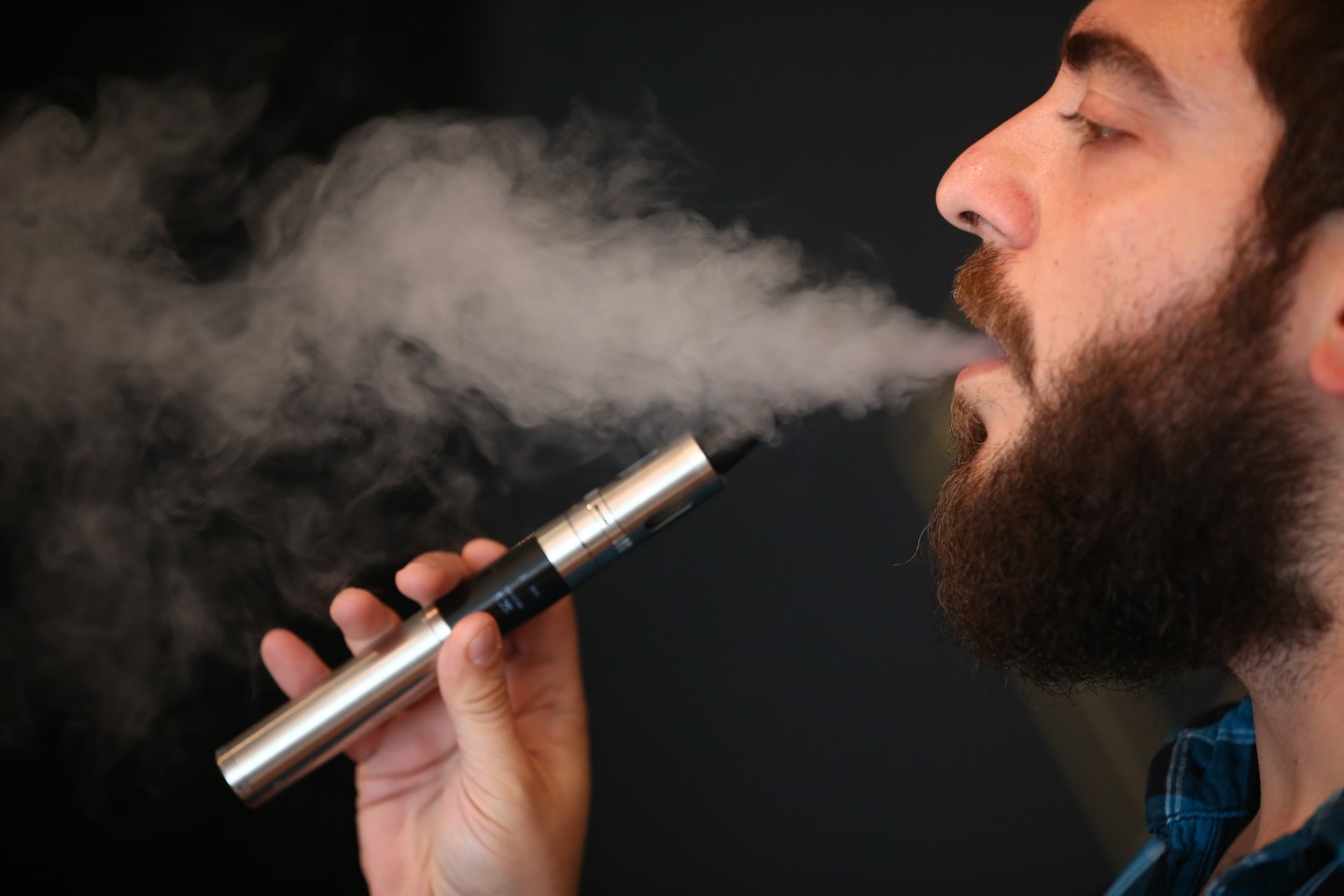 With the U.S. Surgeon General calling electronic cigarettes a “major health concern” for youths, the wildly popular vaping could lose some steam.

The report cites possible addiction and the potential for long-term harm to brain development and respiratory health as key dangers for youths. It notes that human brain development continues until a person is roughly 25 years old.

New regulations put in place by the Food and Drug Administration over the summer already ban the sale of e-cigarettes and other tobacco products to minors (anyone under the age of 18). But, as is the case with cigarettes, that hasn’t stopped underage teens from getting their hands on them.

Industry representatives have argued that the increased regulation around e-cigarettes will raise manufacturers’ costs and put smaller companies in the industry out of business. The Surgeon General’s new warning isn’t likely to help, either.

Still, Reynolds American, the U.S. tobacco giant behind the leading e-cigarette VUSE, agreed with the Surgeon General’s assessment that minors should not use e-cigarettes. Jacob McConnico, a spokesman for Reynolds American, told Fortune in a statement that while the company would not comment on details of the report, “we do agree with the Surgeon General that minors should never use e-cigarettes or any other tobacco product.”

Tyler Goldman—CEO of PAX Labs, which makes the popular PAX vaporizers and JUUL e-cigarettes—was also quick to agree with the new warning. “JUUL should not be used by those under the legal age, nor should any nicotine products, as stated by the U.S. Surgeon General,” Goldman told Fortune. “PAX Labs discourages any underage consumers from using its products and strongly supports efforts to prohibit and prevent underage use of all nicotine products.”

UPDATE: VMR Products, the Miami-based company that makes V2 e-cigarettes and vaporizers, also sent Fortune a statement in response to the Surgeon General’s warning. The statement read, in part: “The electronic vapor industry is committed to keeping vaporizers out of the hands of underage consumers. These devices are not and have never been intended for anyone under the age of 18.” The company also argued that it is important to recognize the importance of what it calls “the benefits of electronic vaporizers for adult smokers” and cited the study from the Royal College of Physicians.

Related: The Opportunities and Pitfalls for the Legalized Marijuana Industry