A U.K. Medical Organization Wants Smokers to Switch to E-Cigs 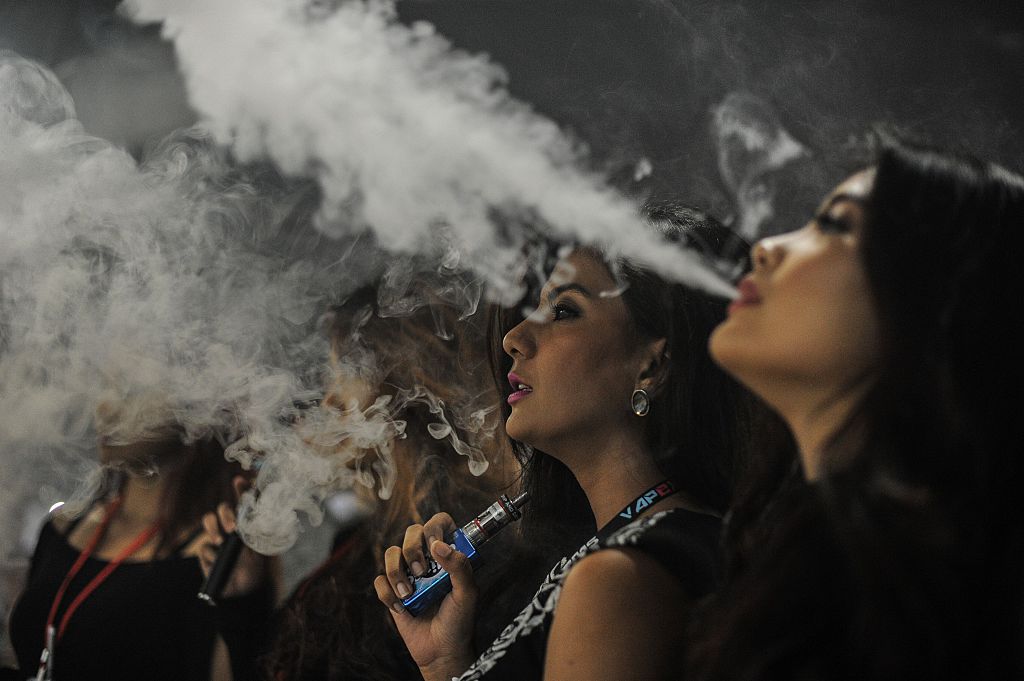 TO GO WITH Lifestyle-Malaysia-e-cigarette-tobacco-health,FEATURE by Satish Cheney This picture taken on December 5, 2015 shows promoters smoking electronic cigarettes during the Vape Fair in Kuala Lumpur. Vaping" is soaring in popularity in Malaysia, the largest e-cigarette market in the Asia-Pacific region, but authorities are threatening to ban the habit in for health reasons -- a move that has sparked anger from growing legions of aficionados. AFP PHOTO / MOHD RASFAN / AFP / MOHD RASFAN (Photo credit should read MOHD RASFAN/AFP/Getty Images)
Photograph by MOHD RASFAN--AFP via Getty Images

While U.S. regulators are still deciding how to treat e-cigarettes, a large U.K. medical organization is urging traditional smokers to switch to the electronic cigarettes.

In a report released Thursday, the Royal College of Physicians concluded that e-cigarettes are significantly less harmful than tobacco smoke and that they are helping nicotine addicts ween themselves off of smoking. While the organization concedes that e-cigs “are not currently made to medicines standards and are probably more hazardous” than other nicotine replacement options—such as nicotine patches or gums—the electronic cigarettes are a more popular substitute for tobacco cigarettes.

The popularity of e-cigs makes them an “effective” aid for quitting smoking, the medical group adds, pointing out that the potential damage to consumers of the electronic products “is unlikely to exceed 5% of the harm from smoking tobacco.”

In the U.S., the Food and Drug Administration is currently working on proposing rules for how it can regulate the multi-billion-dollar e-cigarette industry, which may, in turn, see its rapid growth slowed by the uncertainty of new regulations. Meanwhile, the U.S. CDC has said in the past that no evidence exists to suggest that e-cigarettes are a safe alternative to smoking tobacco and that most e-cig users continue to smoke tobacco cigarettes. And, recently, the U.S. Department of Transportation banned the use of electronic cigarettes on commercial airlines.

The Royal College of Physicians disagrees on the latter point, concluding that e-cigs are being used “almost exclusively” as an alternative to smoking tobacco by people trying to quit. The group also argued in favor of U.K. regulators developing rules to oversee the e-cig industry. “A regulatory strategy should, therefore, take a balanced approach in seeking to ensure product safety, enable and encourage smokers to use the product instead of tobacco, and detect and prevent effects that counter the overall goals of tobacco control policy,” the organization said in a statement.