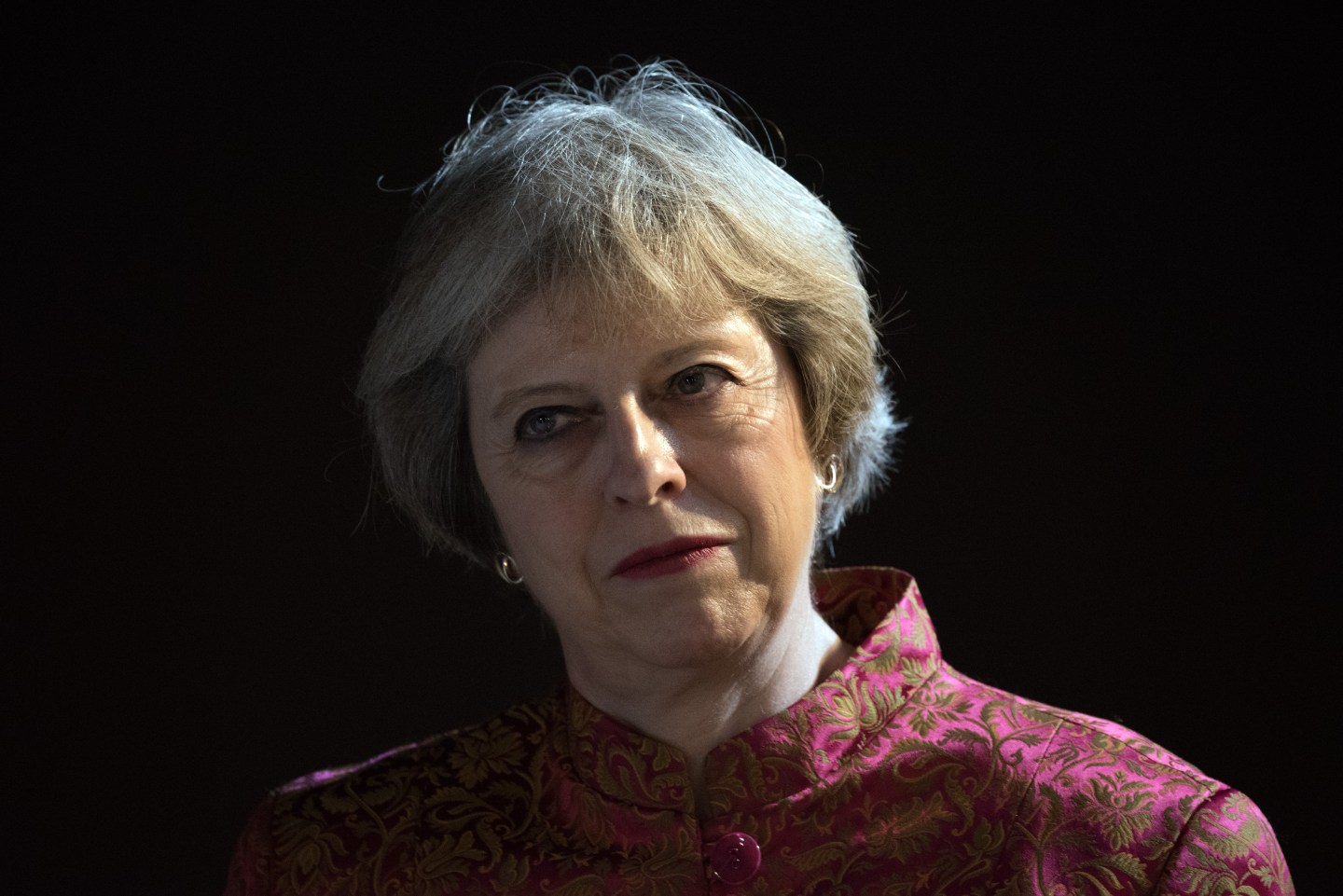 MANAMA, BAHRAIN - DECEMBER 06: British Prime Minister Theresa May waits to speak at a young leaders reception at Riffa Fort while in Bahrain to attend the Gulf Cooperation Council summit, on December 6, 2016 in Manama, Bahrain. Prime Minister May is the first British leader and the first woman to attend the annual two-day Gulf Cooperation Council and will attend a dinner with the leaders of Saudi Arabia, Kuwait, the United Arab Emirates, Qatar, Bahrain and Oman on Tuesday, and will also discuss the situation in Yemen and Syria.(Photo by Carl Court/Getty Images)
Carl Court—Getty Images

This article originally appeared on Motto.

U.K. Prime Minister Theresa May has faced backlash over a pair of pricey pants from some critics, whilst others have been left wondering what all the fuss is about.

May was criticized by members of her own Conservative Party and the media after it was revealed last week that a pair of brown leather trousers she wore in a photoshoot for the British newspaper The Sunday Times cost over $1,250. In an interview with The Times, May’s colleague Nicky Morgan said that the expensive garments featured in the photoshoot had been “noticed and discussed” in local Conservative Party circles. “I don’t have leather trousers. I don’t think I’ve ever spent that much on anything apart from my wedding dress,” Morgan commented. May was also accused of being “out of touch” and faced criticism on social media for the clothing choice.

Other commentators have responded to the backlash by noting that while the Prime Minister has been criticized for her clothing many times before, her male colleagues have not been subject to the same level of scrutiny. Last year, a tailor whose bespoke suits cost around $2,500 was photographed entering 10 Downing Street, reportedly for an appointment with then-Prime Minister David Cameron. When Hillary Clinton came under fire for a $12,000 Armani jacket earlier this year, commentators pointed out that criticizing female politicians’ clothes is sexist, regardless of which party they belong to.

Just seen this comment from sacked Nicky Morgan insulting the PM Cameron's suits cost x3 as much but not a peep then https://t.co/dVj2MNk0Zc

The media is criticising cost of @theresa_may's trousers. Which is odd. I've not seen anyone checking the price of Philip Hammond's suit.

The Guardian reported that May was questioned on her choice of clothing by a reporter, but did not respond directly to the comment on the price tag of her pants. “I believe it is important for politicians to get out and about and that’s what I continue to. It is important we have a country that works for everyone,” May said.