Coca-Cola and Pepsi Now Have Something Else in Common 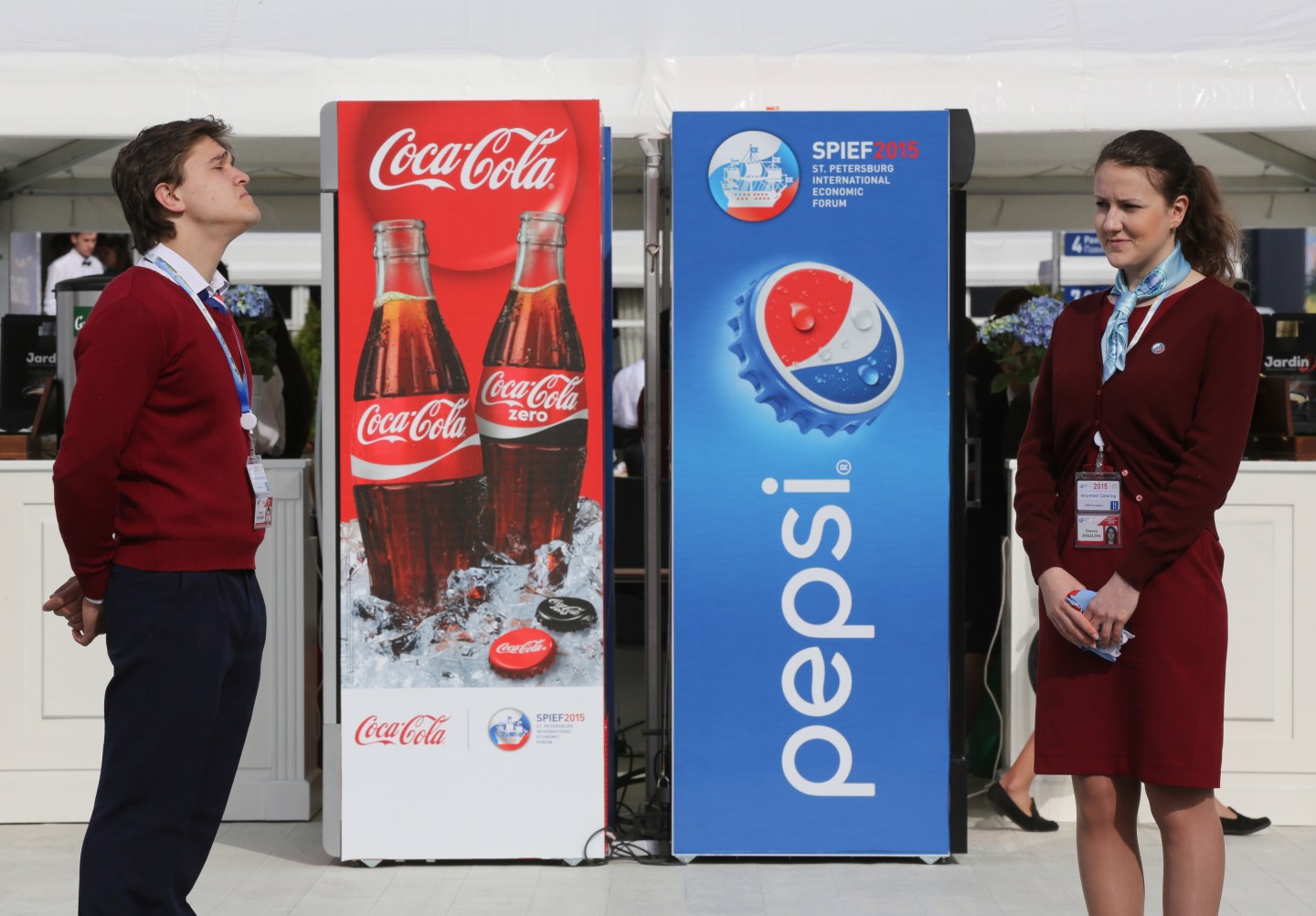 Conventional wisdom has long held that there are two types of people in this world: Coca-Cola people, and Pepsi people. New market research indicates that might not be true anymore.

Consumer analytics provider Connexity says both brands are failing to win over the 18 to 24 demographic, despite new strategies designed to appeal to a younger, more health-conscious crowd, Adweek reports.

Coke (KO) is most popular among people aged 35 to 44, while Pepsi’s largest audience (PEP) is those 65 and over. Both companies have attempted to expand their product lines and change serving sizes to suit younger consumers, but it doesn’t appear to have worked.

Connexity content director Rochelle Bailis told the website the two soda giants were “in this arms race to get the attention of millennial consumers. I don’t think either of them are doing it perfectly yet.”

For more on the soda wars between Pepsi and Coca-Cola, watch Fortune’s video:

Their mutual inability to bring in younger customers is one of the few things Coca-Cola and Pepsi have in common in terms of who’s buying. According to Connexity’s data, Pepsi performed well among people who lean slightly to the political left, while many Coke drinkers were more conservative, according to Adweek.