The World’s Biggest iPhone Manufacturer May Be Expanding in the U.S. 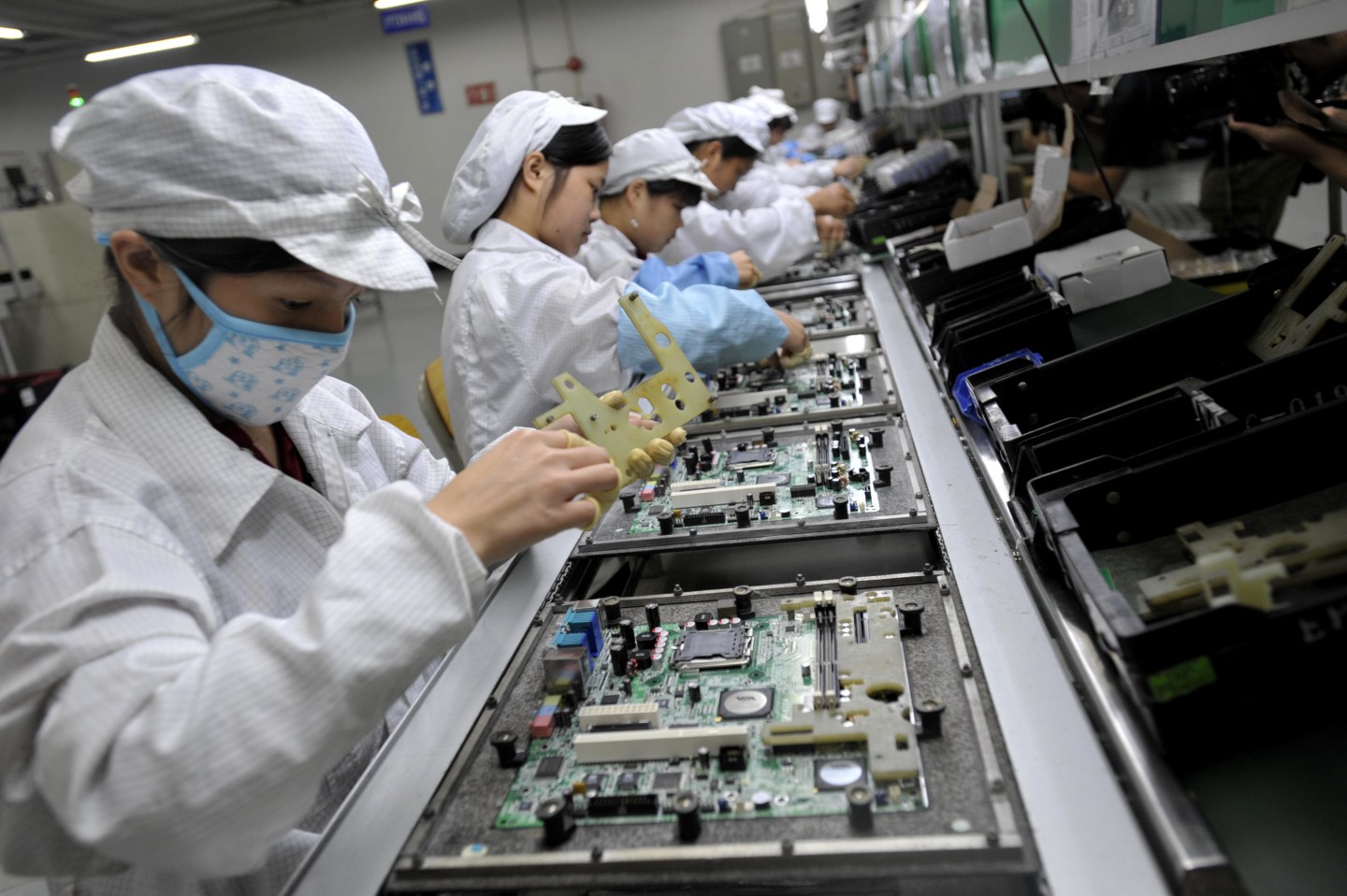 In a picture taken on May 26, 2010 Chinese workers assemble electronic components at the Taiwanese technology giant Foxconn's factory in Shenzhen, in the southern Guangzhou province. Foxconn on June 2 confirmed the death of another employee but denied he died of exhaustion following a spate of suicides at its Chinese plants. CHINA OUT AFP PHOTO (Photo credit should read AFP/AFP/Getty Images)
AFP/ AFP/ Getty Images

Foxconn, the world’s largest contract electronics manufacturer and a major Apple (AAPL) supplier, said on Wednesday that it was in preliminary discussions to expand its operations in the United States.

“While the scope of the potential investment has not been determined, we will announce the details of any plans following the completion of direct discussions between our leadership and the relevant U.S. officials,” it said in a statement.

On Tuesday, Masayoshi Son of Japan’s SoftBank Group (SFTBY) said he would invest $50 billion in the United States and create 50,000 new jobs, a move U.S. President-elect Donald Trump claimed was a direct result of his election win.

Foxconn‘s brief statement followed a report by broadcaster CNBC on Wednesday showing a snapshot of a page held by Son outlining the investment carrying the logos of SoftBank and Foxconn, formally known as Hon Hai Precision Industry.

The page also showed an additional $7 billion investment and creation of a further 50,000 jobs.

Trump has campaigned to bring manufacturing and jobs back to the U.S. Much of the global tech supply chain involves Taiwanese companies such as Foxconn, whose biggest operations are in China churning out the majority of Apple’s iPhones.

Foxconn in its statement did not specify who its executives were in discussions with but said that any “plans would be made based on mutually-agreed terms.”

SoftBank’s Son and Foxconn founder Terry Gou are considered close and have several business ventures together, including launching humanoid Pepper – which is manufactured by Foxconn – into several markets, and together investing in India.

Foxconn has manufacturing facilities in the U.S. states of Virginia and Indiana, its website showed. Its 2015 annual report also listed logistics services in California and Texas.