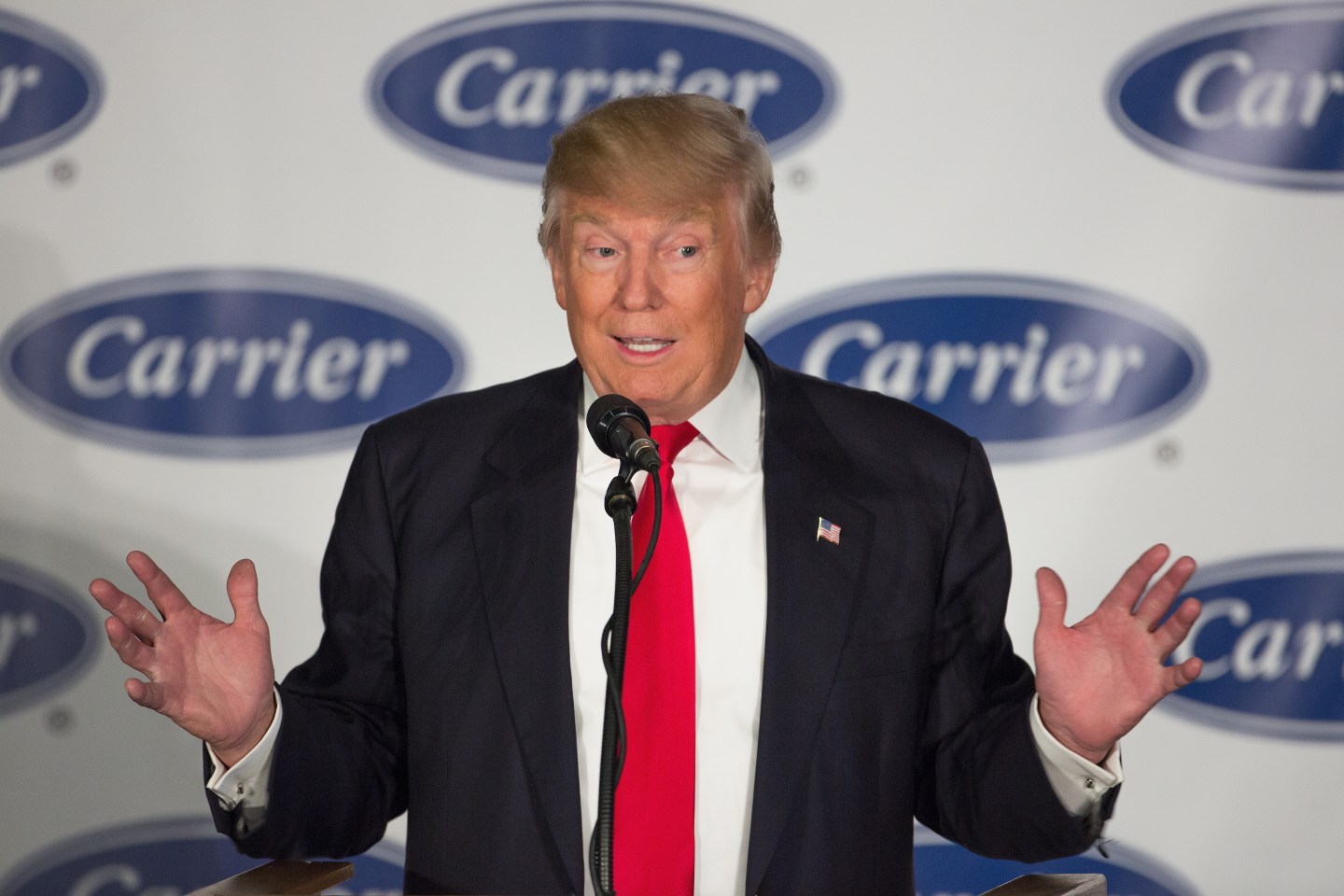 United Technologies, parent company of Carrier, got a “good deal” with President-elect Donald Trump that allowed it to shift most jobs at two Indiana plants to Mexico, its chief executive said on Monday in an interview with CNBC.

Greg Hayes, chief executive of UTC, said Trump did not make threats in negotiations over the plant’s future or raise the company’s U.S. military contracts.

Carrier, which in February had announced plans to close two Indiana plants and send 2,100 jobs to Mexico, agreed last week to keep its Indianapolis plant open and keep about 1,100 jobs in the state, including 800 at the plant. It did not change its decision to close its Huntington plant.

“I was born at night but not last night,” Hayes told CNBC. “I also know that about 10% of our revenue comes from the U.S. government. And I know that a better regulatory environment, a lower tax rate can eventually help UTC over the long run. And so we weighed all of things in making the decision with the board.”

UTC (UTX), which had revenue of $56 billion in 2015 and owns Pratt & Whitney, has significant U.S. military contracts.

Trump, who repeatedly threatened during the presidential campaign to impose a 35% tax on companies that moved jobs overseas, announced a deal last week in which UTC agreed to keep the Indianapolis plant open and invest at least $16 million in it. Indiana officials said UTC would receive up to $7 million in state tax incentives.

“We keep the plant open, we keep 1,100 people employed in Indianapolis. We still get to do the preponderance of the restructuring, which we were going to do anyways,” Hayes told CNBC, calling it a “a good deal for UTC.”

Hayes said there was “no quid pro quo” and said Trump did not tell him he would not impose taxes if the plant was kept open. “He simply said, ‘Take a hard look at it,'” Hayes said.

Hayes said the $16 million investment will help automate the plant “to drive the cost down so that we can continue to be competitive. Now is it as cheap as moving to Mexico with lower cost labor? No.”

Hayes said the company’s military contracts did not come up in talks with Trump and Vice President-elect Mike Pence, the Indiana governor.

Wayne Ranick, a spokesman for the United Steelworkers union, said the deal means that 730 union workers at the Indianapolis plant will keep their jobs and about 80 salaried workers. But work on fan coil manufacturing “is still going to Mexico, affecting about 600 employees.”

The nearly 1,100 jobs also includes retaining about 300 jobs at Carrier’s Indiana headquarters that were not scheduled to go Mexico.