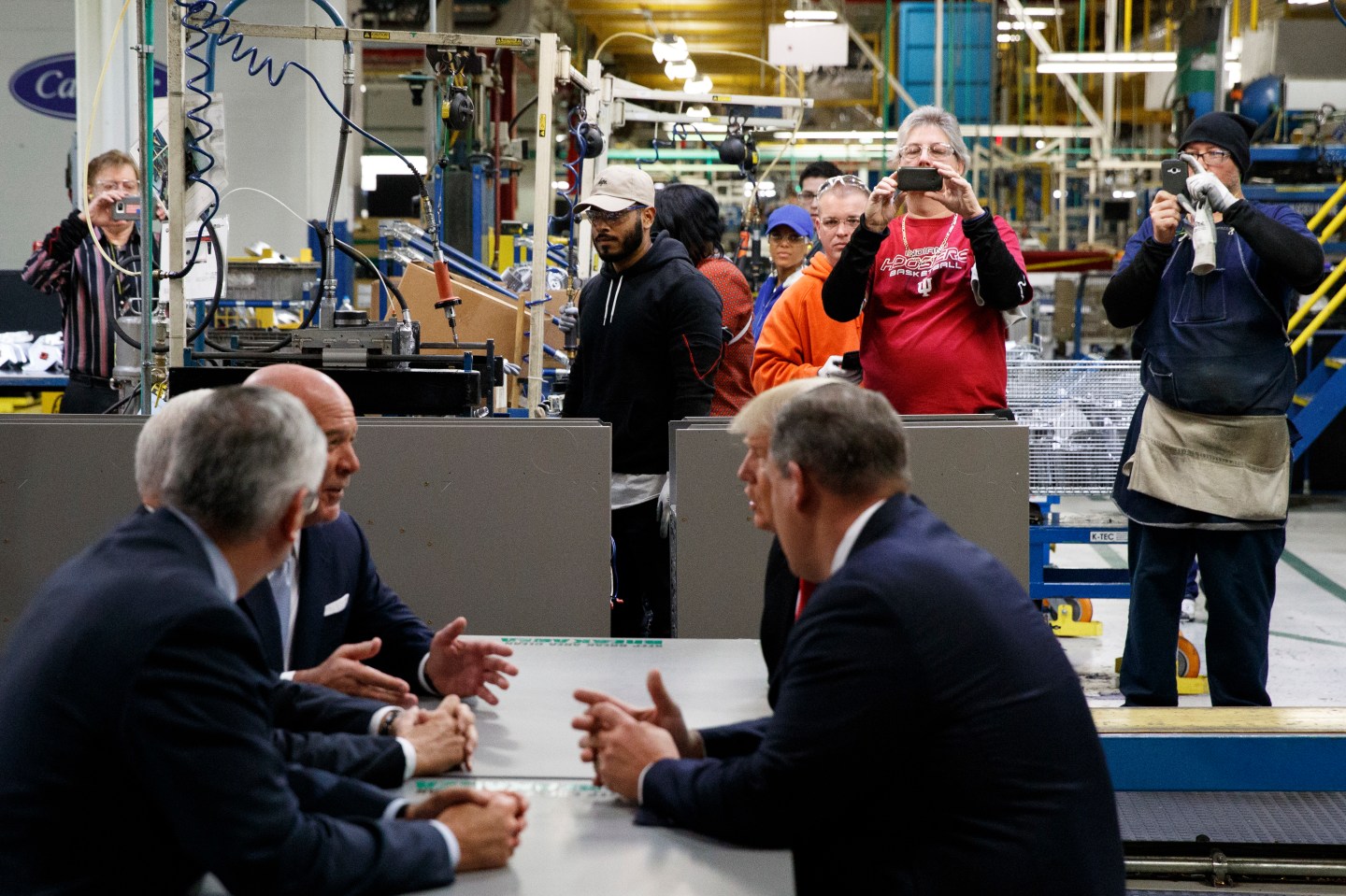 Carrier Corp. is keeping around 800 jobs in the U.S. as a result of negotiations with president-elect Donald Trump, but about 500 are still set to be outsourced, according to a local union.

The United Steelworkers Local Union 1999 released a statement Monday thanking Trump for following through with a campaign promise, though the union was not involved in negotiations.

“We thank President-elect Trump for listening to our members and following through on his campaign pledge to persuade Carrier to keep production of quality heating equipment in Indianapolis,” said USW International president Leo Gerard in a statement. The local union also thanked Sen. Bernie Sanders for his efforts in “keeping this issue on the front burner.”

According to a release that was distributed at Carrier’s plant on Monday, the union was informed on Thursday that 800 jobs—730 in production and 70 in management—out of 1,400 at risk would be kept in Indianapolis. Because production of a fan coil is still being moved to Monterrey, Mexico, more than 500 jobs are still at risk.

President-elect Donald Trump went on a victory tour after negotiating with Carrier Corp. to keep hundreds of jobs that were at risk of being shipped to Mexico in the U.S. and has since sent warning signals to other companies that may be considering similar moves.