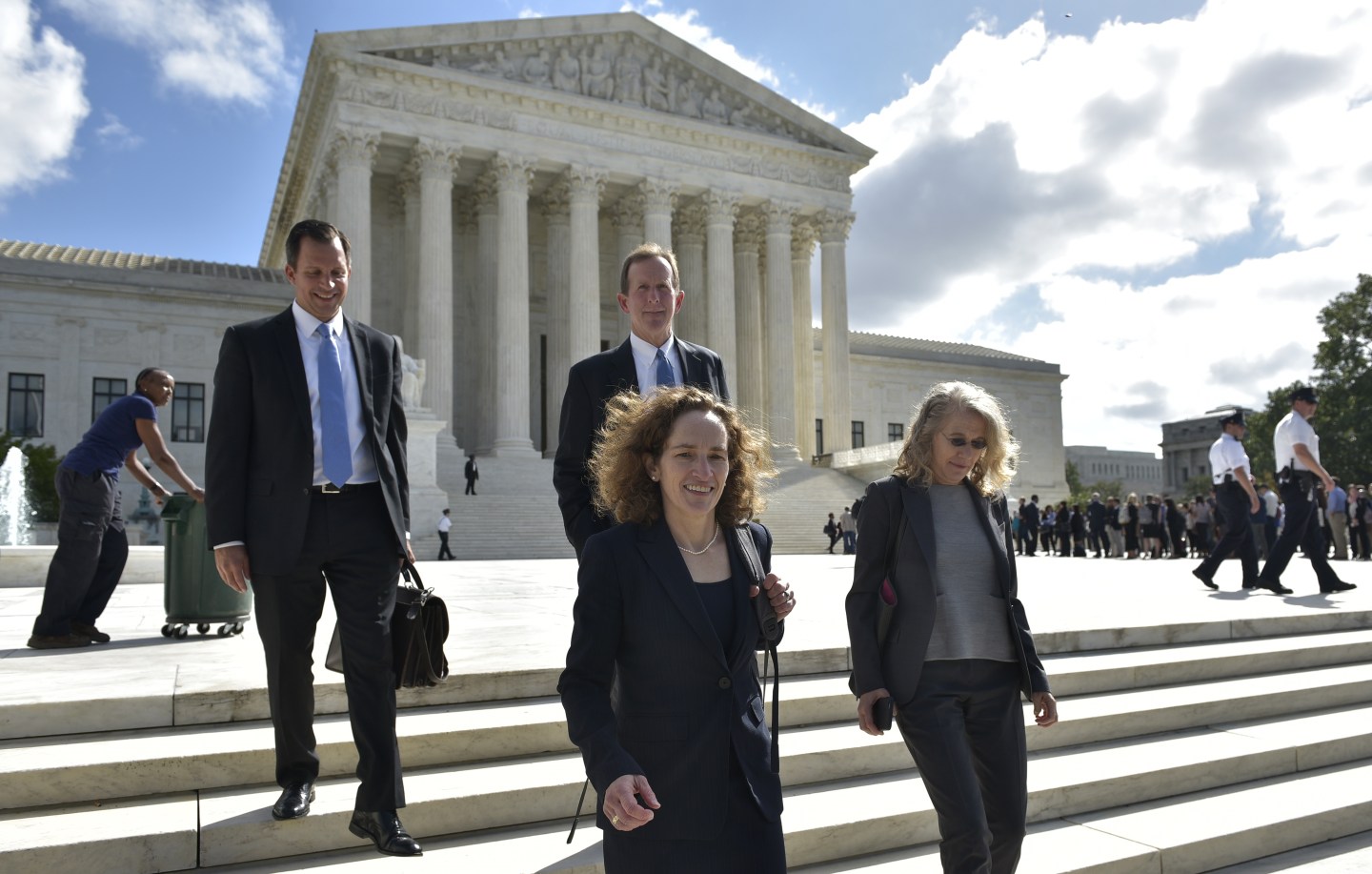 The Newman precedent is no more.

The Supreme Court upheld the insider trading conviction of Bassam Salman, and with it unanimously rejected a finding by an appeals court two years ago in a landmark case, United States vs. Newman. The Newman case had temporarily rewritten insider trading rules and made it much harder to prosecute such crimes. On Tuesday, the Supreme Court seemed to say that revision was a mistake.

Weighing in on an insider trading case for the first time in almost 20 years, the eight-member Court said it had “easily” affirmed that Salman was guilty: Salman, a grocer, had knowingly traded on confidential information that came from his brother-in-law, an investment banker at Citigroup (C), reaping more than $1.5 million in illicit profits.

While government prosecutors had a “seemingly slam-dunk, shave-and-a-haircut case against Salman,” as Fortune editor-at-large and legal expert Roger Parloff wrote, the issue the Supreme Court justices had to consider had much broader implications for many other, far less clear-cut insider trading cases.

“The government was concerned because [the Newman decision] would have left large holes in the insider trading law,” says Arlo Devlin-Brown, a partner at law firm Covington & Burling and a former federal prosecutor who worked on insider trading cases. “Salman largely fixes that.”

But the question remains: How much?

The Newman decision set off a domino effect, invalidating charges in more than a dozen other government insider trading cases, sparking a slew of new appeals and even aiding billionaire Steve Cohen in his potential return to the hedge fund industry after Cohen’s firm pleaded guilty in a record-setting insider trading case.

Lawyers for Salman had also tried to use Newman, arguing that Salman’s brother-in-law never personally benefited from providing insider tips. But the Supreme Court flatly rejected this, saying that giving inside information to “a relative or friend” is in itself enough of a quid-pro-quo personal benefit. It’s “the same thing as trading by the tipper followed by a gift of the proceeds,” the Court wrote in its opinion. Salman’s conduct, the Court added, “is in the heartland” of rules that define insider trading.

Read more: The Hedge Fund Trader Who Beat the Feds

Still, the Supreme Court’s Salman decision isn’t an automatic win for the government in other insider trading cases going forward—and it doesn’t completely overturn the Newman cases’s findings, either. Todd Newman, the former Diamondback portfolio manager and namesake defendant in the Newman case, was so far removed from the initial source of the insider tip that prosecutors couldn’t even prove he knew it was illicit when he traded on it. The Salman decision wouldn’t have been enough to put Newman in jail because “this case does not implicate those issues,” the Court wrote in a footnote to its opinion Tuesday. Indeed, the Salman decision doesn’t clearly define what the Supreme Court considers a “friend,” says Devlin-Brown. “One question is what if it’s just a distant relation like a third cousin or some sort—I think that’s somewhat of an open question,” he says. “Does a friend include someone who is your Facebook friend whom you’ve met maybe never?”

Here’s what the Salman ruling means for some high-profile insider trading cases:

When the SEC charged Omega Advisors CEO Leon Cooperman with insider trading in September, the hedge fund manager denied the accusations and said the Justice Department had “determined not to pursue charges for the time being pending the U.S. Supreme Court’s decision in Salman v. United States.” That means Cooperman’s reprieve may be coming to an end. Now that the Salman case is resolved and the decision went in the government’s favor, federal prosecutors are more likely to bring criminal charges against Cooperman.

Still, even with the most recent ruling, the Cooperman case may not be a slam dunk for the government. The arguments in the Salman case concerned “the classical theory of insider trading liability” as laid out in the landmark case Dirks v. SEC in 1983, which applies when a corporate insider, or someone he tips, trades in his own company’s stock based on nonpublic information, according to another footnote in the Supreme Court opinion. But Cooperman is an investor who runs a hedge fund. He’s not a corporate insider. Rather, the government accused him of trading on material nonpublic information that he’d “learned in confidence” from a company executive and promised not to trade on. Therefore, the prosecutors’ case against Cooperman falls under a separate insider trading doctrine called “misappropriation theory,” which was established in United States v. O’Hagan in 1997, when “the defendant breaches a duty to, and defrauds, the source of the information.”

The Supreme Court’s “personal-benefit analysis applies in both classical and misappropriation cases,” it wrote in the Salman decision—but the government may still have a tough time proving Cooperman breached a duty or defrauded the corporate insider by trading on the tip.

A former Goldman Sachs (GS) board member, Rajat Gupta was convicted and sent to prison in 2012 for passing nonpublic information about Warren Buffett’s impending investment in the bank during its troubles in the 2008 financial crisis. The recipient of those illicit tips, Raj Rajaratnam, the now-infamous Galleon Group hedge fund manager who was convicted of insider trading as part of a large-scale government crackdown, is not getting out of jail anytime soon.

But Gupta, who was released from federal custody in March, is still trying to clear his name. Just last month, Gupta’s lawyers argued in front of an appeals court that the former Goldman Sachs director’s conviction should be overturned, as the jurors in the case were not told that they needed proof that Gupta had received a personal benefit for passing along the information before convicting him—which the Newman case decision set as a necessary condition for proving insider trading.

Under the Supreme Court’s Salman ruling, however, appeals courts are likely to find that the relationship between Gupta and Rajaratnam was strong enough to pass the “relative or friend” test, and Gupta’s conviction will stay intact.

Martoma’s appeal lawyers were hoping to use the same argument of faulty juror instructions that Gupta’s lawyers relied on, but now they can kiss that argument goodbye. Martoma’s appeal is still pending.