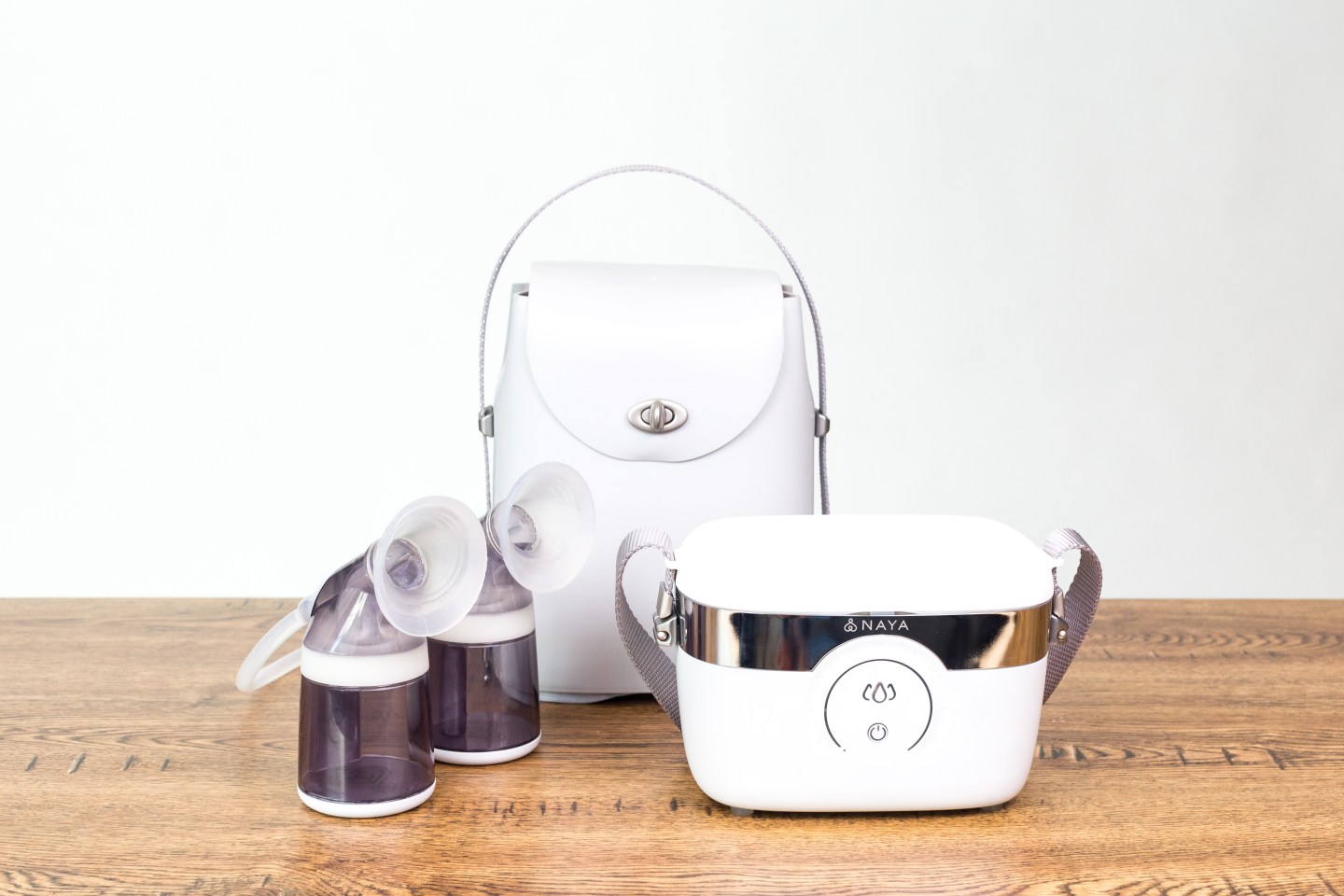 For many new moms, breast pumps are nothing more than a necessary evil. Noisy, heavy, uncomfortable—a machine that seems to have been left behind by the digital revolution that transformed so many of our favorite devices.

Naya Health wants to change that. The company, led by founder Janica Alvarez, is launching its “smart” breast pump on Tuesday. The hospital-grade device, which is priced at $999, offers a few points of differentiation: it can track pumping sessions via an app, it’s light (3 lbs), and, most notably, it uses a water-based technology that Alvarez says expresses milk more quickly, quietly, and comfortably.

The origin of the Naya pump dates back to Alvarez’s own experiences breastfeeding her three children. Frustrated with the clunky technology of her breast pump, she asked her husband Jeff Alvarez, who has an extensive background in medical design and engineering, to see if he could hack the device. Jeff—who is now Naya’s co-founder and senior director of product development, says he was not impressed by what he discovered when he took apart the pump, which he describes as “based on mid-19th century technology.”

He began to experiment with a technology he’d seen employed in cataract surgery, using water rather than air to express milk. Janica Alvarez found the water-based prototype pump more comfortable and more efficient—and Naya was born.

The “smart” portion of the new pump comes in its connection to the Naya Health Tracker app, which can be used to control the machine and for record keeping, including logging pumping and nursing sessions. Alvarez says early users particularly like the inventory function, which “gives moms a quick read on supply and demand.” Parents can see how much milk their baby is consuming, how much the mother is pumping, and how much they have squirreled away in the refrigerator and freezer.

Still, Naya will face some competition, as the company is not the only breast pump maker jumping on the smart device bandwagon. Market leader Medela, for one, just announced its own $400 version at the end of last month.

Alvarez seems unconcerned, saying that the Naya’s water-based hydraulic technology separate the device from the competition. “Our primary goal was fixing the hardware,” she says. “The intelligence is an added benefit.” She notes that the company has filed for 26 patents.

Indeed, the company, which is funded by VC and angel investors, is already looking ahead to future products—including a planned smart bottle. Alvarez says she sees the startup as “more than a breast pump company. We’re just starting here.”