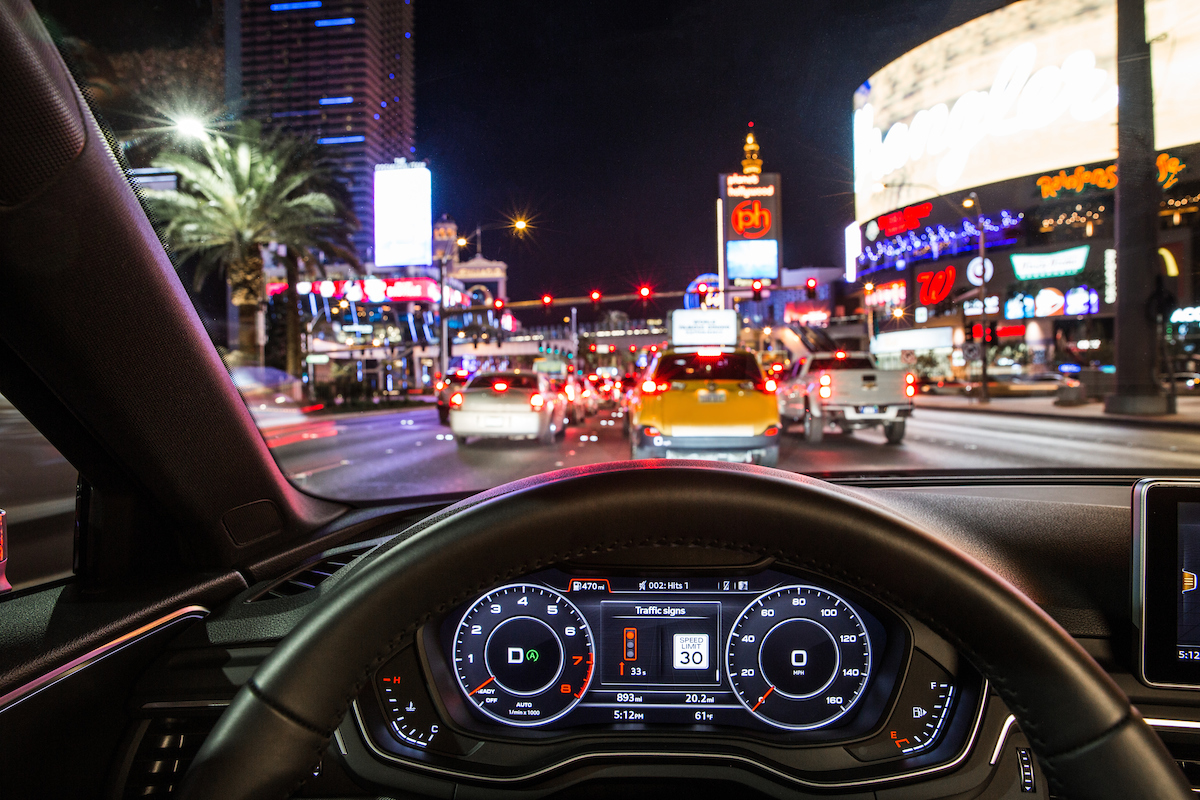 Audi is beginning to roll out the first vehicle-to-infrastructure technology in production cars with a feature that will let certain 2017 models communicate with traffic lights and tell the driver when that dreaded red light will turn green.

This initial introduction is select and narrow in its capability. However, it shows where automakers—particularly Audi—are in the development of technology that will be needed before autonomous cars can become mainstream. The feature, called Traffic Light Information (TLI), will be available in select 2017 Audi A4, Q7 and all-road models that were made after June 1, 2016 and equipped with an Audi connect Prime subscription.

And at least initially, TLI will only be available on the streets of Las Vegas.

When the car approaches a connected traffic light it receives real-time signal information from the advanced traffic management system that monitors traffic lights via the on-board 4G LTE data connection. The car’s TLI feature then displays the time remaining until the signal changes to green in the instrument cluster in front of the driver seat or in a heads-up display.

The “time to green” feature is just the beginning. Eventually, it may be possible to take information from advanced traffic management systems and integrate them into other functions in the vehicles such as improving a route, stopping and starting the vehicle to save on fuel, and predictive services that can recommend a speed maximize the number of green lights one can make in sequence, Audi said Tuesday.

Audi’s TLI feature is launching this month in Las Vegas. The automaker is working with other municipalities to prepare its infrastructure for vehicle-to-infrastructure connectivity and will expand to additional cities across the U.S. Audi says it has partnered with Traffic Technology Services to facilitate the transfer of traffic light data to Audi vehicles.

Audi’s decision to introduce this feature in Nevada is no accident. The state has become a hot bed for testing autonomous vehicles and connected car technology. Nevada issued autonomous vehicle licenses for Audi to drive from California to Las Vegas three years ago.