Audi Workers Just Learned Their Jobs Are Safe Until 2020 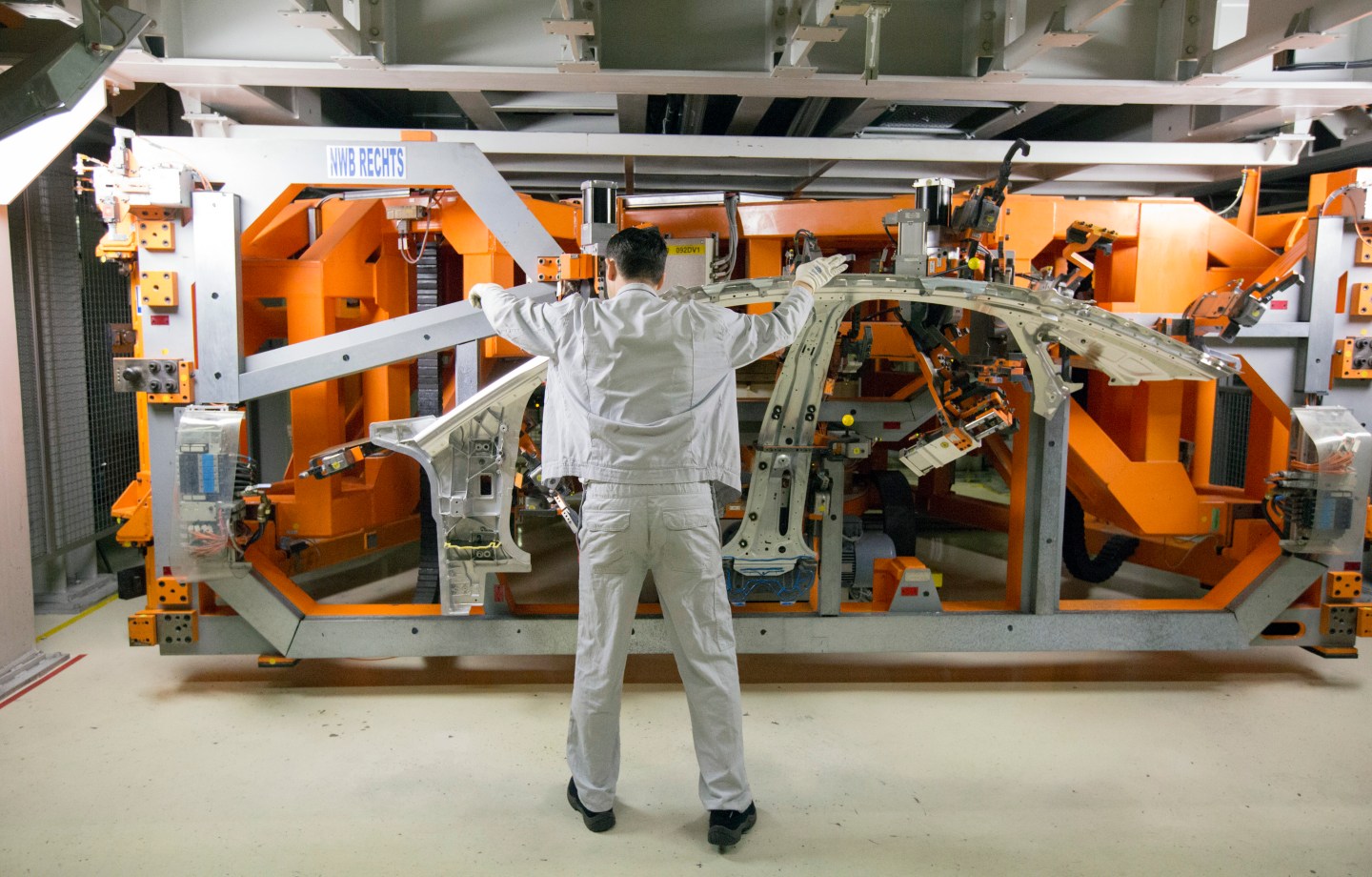 An employee stands beside part of an Audi A8 automobile body on the Audi AG production line inside the carmaker's factory in Neckarsulm, Germany, on Wednesday, Dec. 10, 2014. Audi plans to roll out an electric-powered crossover in 2017 to challenge Tesla Motors Inc. for wealthy, environmentally conscious consumers. Photographer: Martin Leissl/Bloomberg via Getty Images
Martin Leissl — Bloomberg via Getty Images

Audi has ruled out forced redundancies in Germany before 2020, its labor boss said on Monday, extending job guarantees by two years even as the Volkswagen-owned automaker grapples with the fallout from the group’s emissions scandal.

But Audi said on Monday its top management would try to negotiate a “comprehensive pact” with labor that could even extend job guarantees for its 61,000 German staff far into the next decade in exchange for steps to boost efficiency.

“The extension of employment guarantees is a major success,” works council chief Peter Mosch told a gathering of more than 10,000 workers at Audi’s main plant in Ingolstadt. Management and the works council are aiming for a deal sometime next year.

The move comes about two weeks after workers at VW’s core brand won assurances there would be no forced dismissals in Germany through the end of 2025.

That deal cleared the way to cutting 23,000 jobs at the VW brand in Germany via buyouts, early retirements, and reducing part-time staff.

Audi’s German workers have grown concerned about their jobs since management decided in January to use a factory in Brussels to build the brand’s first mass-produced electric model and make the site a key plant for electric mobility within the VW group.

Audi has also said it will look at the possibility of cutting about 1,500 temporary jobs at Ingolstadt as it plans to meet 2017 output targets with its core workforce. Ingolstadt employs 44,000 people.

The works council last month struck an agreement with management to preserve costly night shifts, although the deal entailed some changes to production.