What to Know About the Deadly Warehouse Fire in Oakland 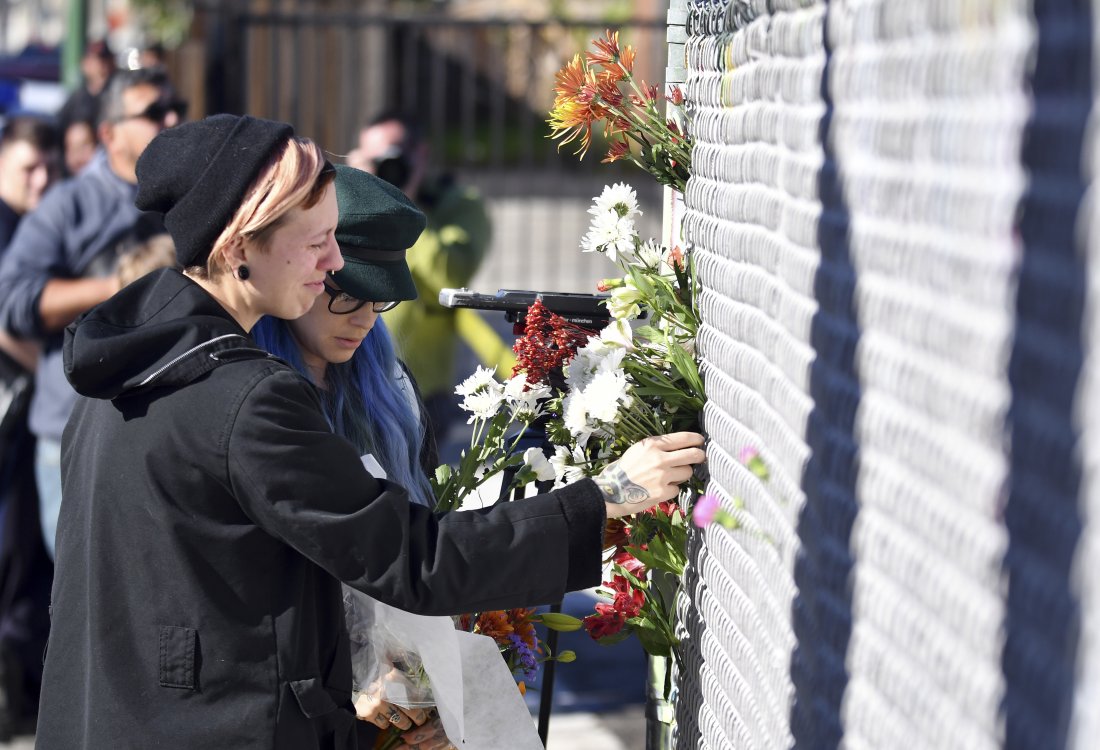 People place flowers near the scene of a warehouse fire Saturday, Dec. 3, 2016, in Oakland, Calif. A deadly fire broke out during a rave at the converted warehouse in the San Francisco Bay Area. (AP Photo/Josh Edelson)
Josh Edelson AP

This article was updated December 4 at 3:33 PM.

At least 30 people were killed when a fire broke out during a party at a converted warehouse in Oakland, Calif. on Friday night.

The fire—which authorities described as the deadliest in the city in recent memory—started around 11:30 p.m. and was still smoldering midday Saturday.

The investigation is still ongoing. Here’s what to know so far:

Officials said on Sunday that at least 30 people were killed in the fire, adding that as of Sunday morning 20% of the building had been searched and they anticipated number of victims to increase.

On Saturday, authorities said the death toll could rise as high as 40. They said at least 25 people were unaccounted for Saturday, the Associated Press reported.

Officials estimated that between 50 and 100 people were in the warehouse at the time of the fire.

“It appears that either you got out or you got trapped inside,” said Alameda County Sheriff’s Office spokesman Sgt. Ray Kelly, according to the AP. There were no reported injuries.

The warehouse lacked clear exits and sprinklers
The building was divided into several artist studios and cluttered with furniture, mannequins and other objects—a setup that lacked a clear escape route. Oakland Fire Chief Teresa Deloche-Reed said the only second-floor exit was a makeshift stairwell of wooden pallets, according to the AP.

Fire officials also said the building had no sprinklers.

It’s not yet clear what caused the blaze
The site is not considered a crime scene at this point, but officials said the building will be investigated for arson as they consider all scenarios, the AP reported.

The roof of the building collapsed, and firefighters have begun working through heavy debris.

“There is still a large portion of the building that still needs to be searched,” Deloche-Reed said, according to the AP. “There is large timber and debris that will need to be removed and it’s going to have to be removed in a slow and methodical way.”