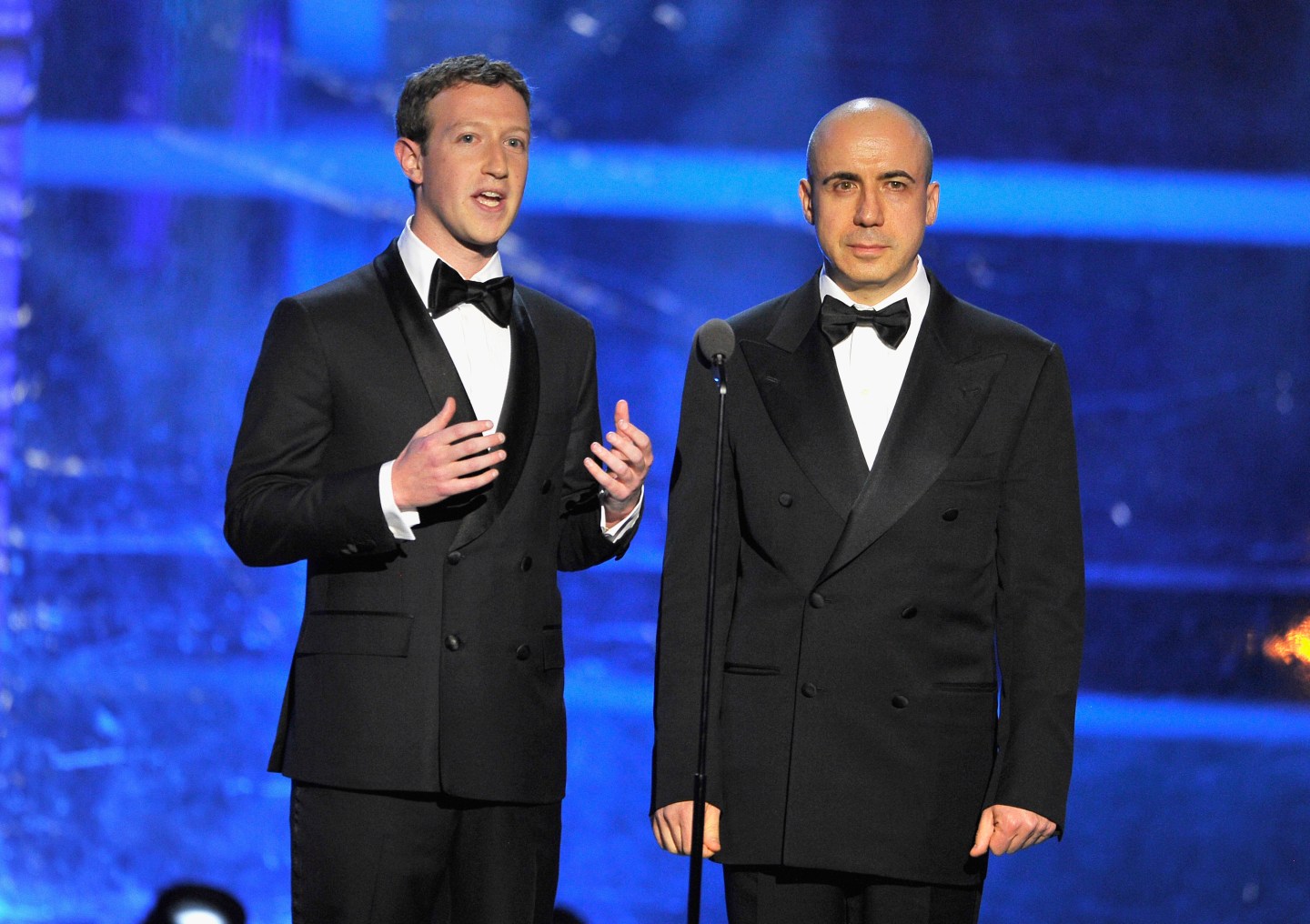 A constellation of tech billionaires, A-list celebrities, and preeminent scientists convened at NASA’s Ames Research Center in Silicon Valley for an Oscars-style ceremony celebrating the biggest achievements in science on Sunday evening.

In its fifth year, the Breakthrough Prizes in life sciences, fundamental physics, and mathematics granted $3 million a piece to top researchers, more than any other science awards. A committee of past recipients bestowed a total of 15 prizes, including six $100,000 New Horizons Prizes for early career accomplishments as well as a $250,000 Breakthrough Junior Prize for a teenager who has created a compelling video explaining scientific concepts, for a sum of $25 million.

The prizes first began when Yuri Milner, the Russian billionaire and investor, and his wife Julia said they would annually reward theoretical physicists for outstanding scientific achievements, starting in 2012. Since then, the number of disciplines has expanded as more patrons have joined the cause, such as Facebook’s (FB) Mark Zuckerberg and his wife Priscilla Chan, Google’s (GOOG) Sergey Brin, biotech firm 23andMe’s Anne Wojcicki, and Alibaba’s (BABA) Jack Ma and his wife Cathy Zhang.

On a call with Fortune, Milner, who studied physics before making his fortune on various high-profile Internet ventures, said it’s a shame that scientists generally receive less recognition from the public than movie stars, musicians, and other celebrities. “This is out of balance quite a bit compared to the influence that fundamental science has on our lives,” he said.

The former CEO of Mail.ru, Russia’s biggest Internet company, pointed to the recent discovery of gravity waves as one achievement that had particular resonance for him. The Breakthrough Prize committee awarded three leaders and a thousand team members of the LIGO project earlier this year, outside the typical selection cycle, for their success in validating Albert Einstein’s general theory of relativity, or as Milner described it, “one of the cornerstones of our understanding of the universe.”

“We’re trying to bring public attention to what these amazing people are doing,” Milner said. (Milner also sponsors a couple of other philanthropic science initiatives such as Breakthrough Listen, a $100 million expansion of the Search for Extraterrestrial Intelligence (SETI) project, and Breakthrough Starshot, a $100 million plan to send probes to a nearby solar system.)

Huda Zoghbi, a Baylor College professor who studies neurological diseases and who was one of the evening’s honorees, said she felt overwhelmed with disbelief, honor, and joy on receiving the news. “It just keeps you spinning,” she said on a call with Fortune a couple of days before the gala.

Zoghbi stressed the importance of funding basic science research. She emphasized the need for scientists to take risks if they wish to make groundbreaking discoveries.

“There’s no substitute for doing basic research to understand the fundamentals of disease,” Zoghbi said. “There’s no fast-tracking it.”

Also in attendance at the affair were celebrities such as Morgan Freeman, who was set to emcee, Alicia Keys, who was scheduled to perform, and Jeremy Irons, who was expected to present an award, among others.

Stephen Elledge, an American geneticist at Harvard Medical School, for providing insights into the life and death of cells as well as the development and treatment of cancer.

Harry Noller, an American biochemist at the University of California, Santa Cruz, for revealing the structure of ribosomes, which are the protein factories inside cells.

Yoshinori Ohsumi, a Japanese cell biologist at the Tokyo Institute of Technology, for studying how cells recycle their damaged parts.

Rainer Weiss, an American physicist at MIT, for co-leading the LIGO project, which observed gravitational waves.

Jean Bourgain, a Belgian mathematician at the Institute of Advanced Study, for contributions to the fields of high-dimensional geometry, partial differential equations, number theory, and other specialized areas of mathematics.