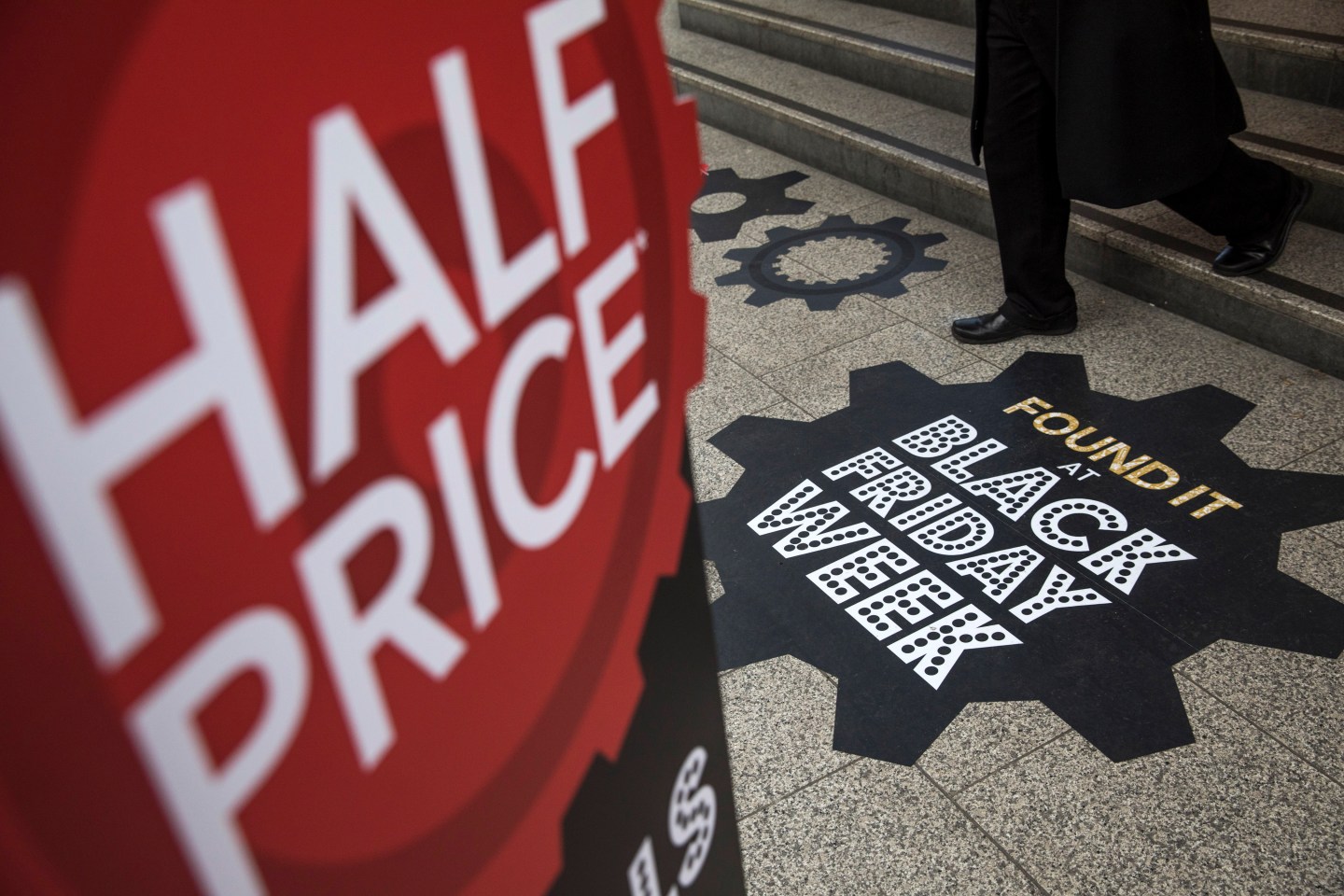 LONDON, ENGLAND - NOVEMBER 22: A shopper walks past a sign for Black Friday deals outside a department store on Oxford Street on November 22, 2016 in London, England. British retailers have begun to offer deals on a range of their products as part of the pre-Christmas Black Friday shopping event, held this year on November 25. (Photo by Jack Taylor/Getty Images)
Jack Taylor—Getty Images

Over the course of Black Friday weekend, I received a couple of strange calendar invites on my personal phone.

Not one to neglect the itch of consumerism during the kickoff of shopping season, I pored over the promotions’ details. A variety of unrelated Gmail, iCloud, Comcast, and MSN email addresses were included on both notes, all alphabetically similar to my own contact information. The appointments came as blasts then. I had not been the only recipient of said “deals.”

One invitation, I noticed, arrived from a fellow called “qcjfu.” The other solicitor was yclept “满咳,” a pair of Chinese characters that Google Translate informed me means, in English, “full cough.” By then I had become, ahem, suspicious.

Responding to an email inquiry, Apple finally burst my bubble. “We are sorry that some of our users are receiving spam calendar invitations,” a spokesperson told me. “We are actively working to address this issue by identifying and blocking suspicious senders and spam in the invites being sent.” Shucks! Junk after all.

For more on a different kind of spam, watch:

If you received similar sham promotions on your iPhone, a word of warning: neither “accept,” nor “decline,” nor reply with a namby-pamby “maybe.” Reacting will only alert the senders that you maintain an active account, opening you to future unwanted solicitations. Instead, disregard them. (Or, if the alerts really bother you, follow the instructions here for a temporary workaround.)

Though Cyber Monday has passed, I share this anecdote to urge you, dear reader, to remain vigilant about online scams during the holidays. Not even this essayist is exempt from targeting.