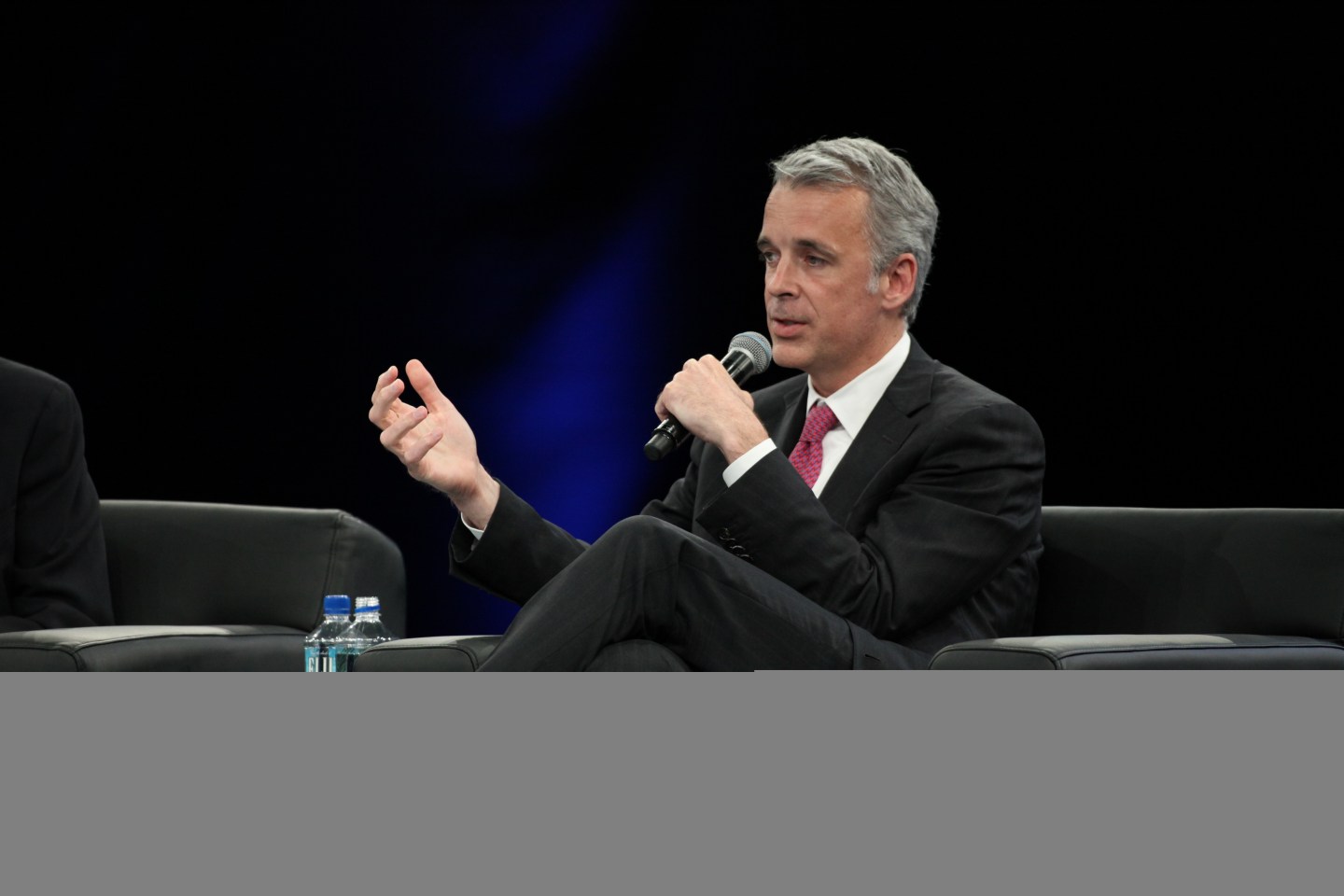 Salesforce’s bread-and-butter software products, used by sales, marketing, and service people at Fortune 500 companies, will be available from Amazon’s public cloud for the first time in a few months.

Until now, this collection of software services has been available from Salesforce’s own data centers, but that will change starting in mid 2017 when Sales Cloud, Service Cloud, Community Cloud, and Analytics Cloud will also be available from Amazon (AMZN) in Canada. Other countries will follow.

The news comes six months after Salesforce announced plans to build new products on AWS and to offer some of its older software on Amazon’s infrastructure as well. Less public was the fact that Salesforce (CRM) committed to buying $400 million worth of AWS infrastructure over the next four years to make that happen. It was a big PR coup for AWS, which is fending off challenges from Microsoft (MSFT) and other rivals that are wooing big software companies to use their rival clouds.

A public cloud is a massive set of shared servers, storage, and networking gear that is run by one company—Amazon, Microsoft, or Google (GOOGL), for example—and rented out to many customers.

For one thing Salesforce (CRM) depends on Oracle (ORCL) databases running on what techies call “bare metal” servers. To put those databases on Amazon’s virtualized servers required significant work. Virtualization is a software layer that runs on servers to enable more workloads to share the same hardware.

By doing that re-engineering, Harris said Salesforce’s core software is no longer married to the company’s traditional data center infrastructure so, in theory, Salesforce could move all of its software to the public cloud. He added that there are no plans to do so, however.

Starting next year, customers in Canada can opt to run their sales, or customer relationship management, software on either set of data centers. There will be no price difference, Harris said.

In making this move, Salesforce can take advantage of Amazon data centers around the world, and avoid building more of its own. Amazon has giant data center farms in 14 regions worldwide, with four more slated to come online soon, including one in Montreal.

Newer Salesforce products, including its IoT or Internet of things cloud, were developed to run on AWS right out of the box. The fact that Salesforce opted to take what was its legacy code and repurpose it for a new infrastructure set is worth noting.

Other areas of AWS-Salesforce collaboration include enabling Salesforce Heroku, a popular software development tool set to run on Amazon’s Virtual Private Cloud. VPC lets customers cordon off a section of Amazon’s computing power for their own use. The companies are also working to bridge Salesforce’s Internet of things product, (IoT Cloud), which already runs on AWS infrastructure, and Amazon’s Redshift data warehouse. And, a new set of tools will help developers incorporate the voice recognition of Amazon’s popular Alexa personal assistant into Salesforce software.

The news comes just as the annual AWS re:Invent tech conference in Las Vegas comes to a close.