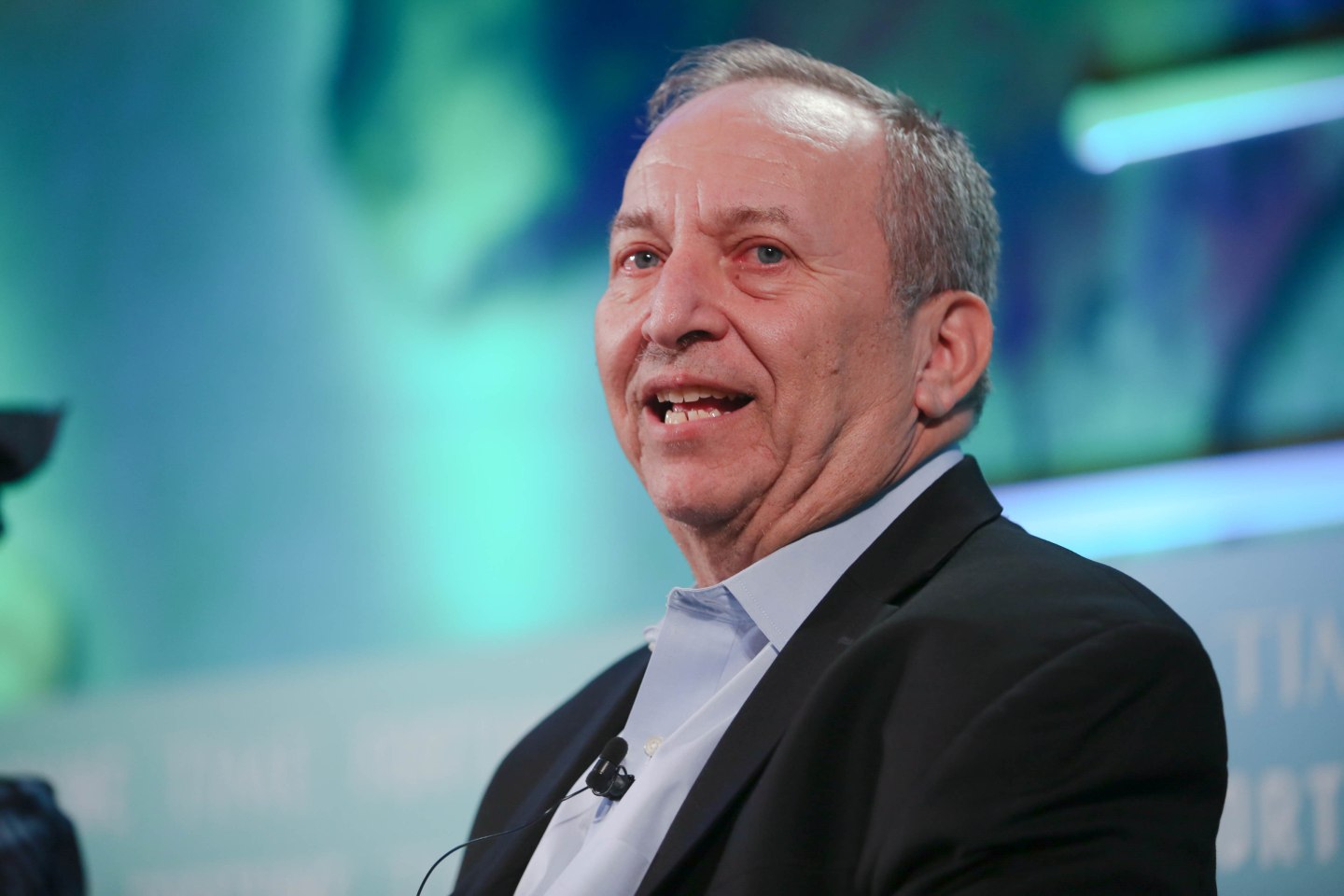 What motivated voters in swing states to cast their presidential ballots for Donald Trump? According to former U.S. Treasury Secretary Larry Summers, Trump’s victory can be explained in part by one key word: “proximity.” Many of his voters were the people who’ve been affected the most by the declining importance of proximity in today’s global economy.

What exactly does that mean? In the past, the rise of a great entrepreneur or company could be relied upon to bring good-paying jobs to people living nearby—boosting and sustaining the local economy. That has become increasingly less true over the past quarter century as technology and a fluid global labor force has allowed companies to outsource labor in many different ways.

“It used to be that if you wanted to combine smarts with work they had to be right next to each other,” said Summers, speaking on a panel on the topic of “Achieving Inclusive Capitalism” at the Fortune + Time Global Forum in Rome on Friday. “You longer need to have proximity between idea and execution.”

For more, read: 3 Keys to Starting a Successful NGO From the World’s Most Effective Poverty Fighter

Summers offered a contrast between two iconic American business leaders. George Eastman had a “great idea, photography,” said Summers. He built Eastman Kodak, got really rich, and the town where his company was located, Rochester, N.Y, benefitted and was a thriving community for a couple of generations. Much of the incredible prosperity created by Steve Jobs at Apple (AAPL), by contrast, has been spread around the world, said Summers, with the manufacturing of Apple laptops and iPhones in other countries.

Who suffers? The middle class labor pool that once got the jobs supplied by the business superstars.

The declining importance of proximity is another way of understanding the increase in income inequality, particularly in the U.S., said Summers.

Summers cited statistics to illustrate the point. If we applied income distribution in the U.S. from 1979 to today’s world, he said, the wealthiest 1% in the U.S. (including the superstars) would have about $1 trillion less wealth than they do. Meanwhile, the bottom 80% would have roughly $1 trillion more cumulative wealth—about $8,000 per person—than they do now. That’s partly because a lot of the good-paying jobs that once sustained much of the 80% have moved elsewhere.

Summers sees more disruption ahead in manufacturing thanks to the rapid advance of technology, which will greatly reduce the number of jobs in many places.