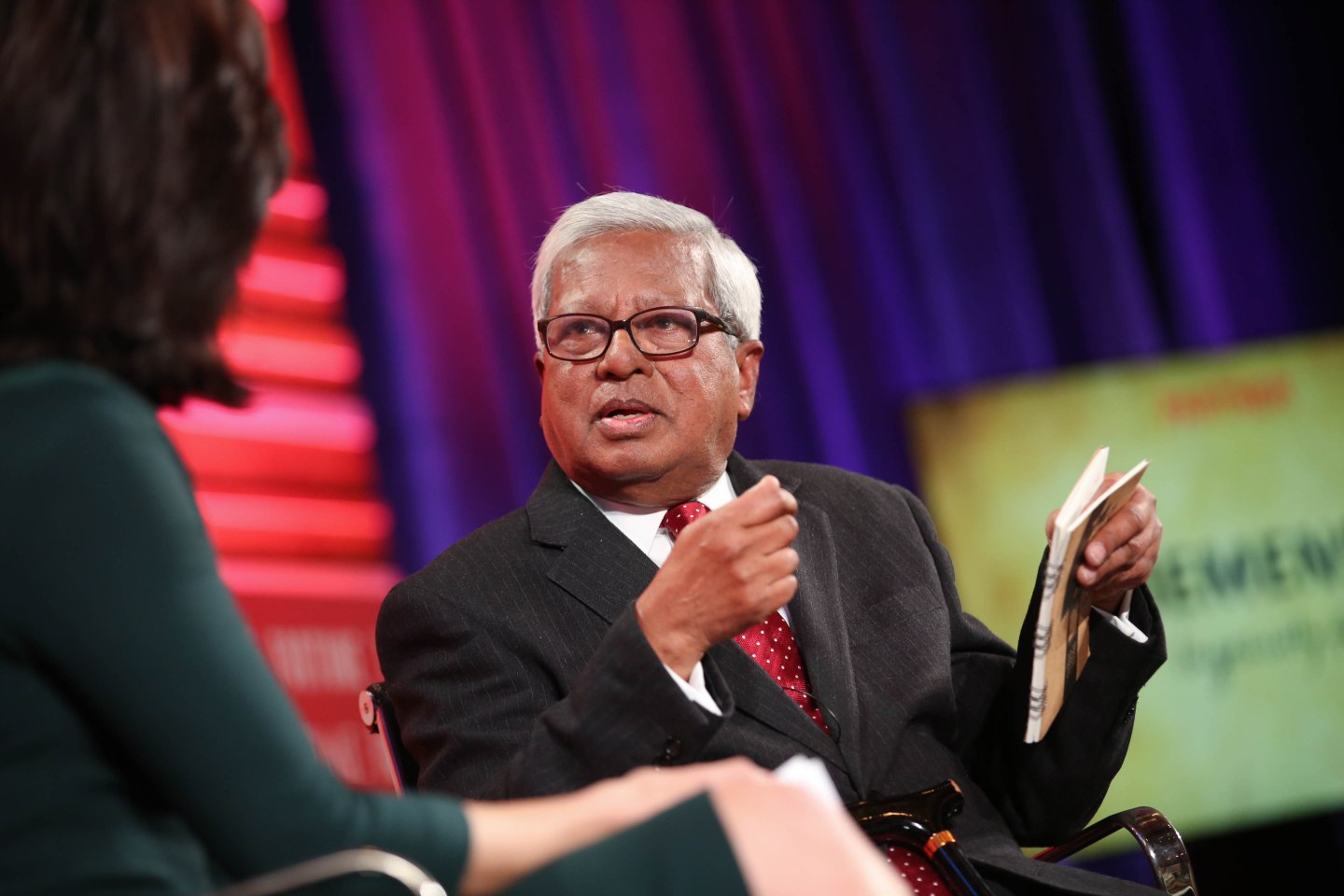 A cyclone in 1970 that killed hundreds of thousands of people in Bangladesh changed the course of Sir Fazle Hasan Abed’s life and the lives of the 140 million his anti-poverty organization has since reached.

At the time of the disaster, he saw bodies of men, women, and children floating in the shallow waters of a bay.

“That shocked me,” he said at the Fortune – Time Global Forum in Rome on Friday. “Suddenly, I thought the life I was leading had no meaning at all. I was so disconnected from the poor like this.”

The revelation prompted Abed to leave his job at Shell Oil and eventually start BRAC, now the largest non-governmental organization on the planet with over 110,000 employees and an institution that’s considered the world’s most effective at eradicating poverty.

BRAC started as a relief operation called the Bangladesh Rural Advancement Committee in 1972 to help the nation recover from the cyclone and its war of independence from Pakistan. It soon morphed into a larger effort to eliminate poverty and empower women through social and economic channels. Today, it has commercial enterprises like retail outlets, a dairy company, and a bank that help fund its development programs. Last year, Abed won the 2015 World Food prize for his “unparalleled” work on reducing poverty in Bangladesh and 10 other nations.

On the Global Forum stage, Abed reflected on his life’s work and shared what he says are the keys to a successful anti-poverty program. They boil down to:

Most anti-poverty programs are “not designed well,” Abed said. “They don’t reach the poorest of the poor; they are not targeted properly. I think what is needed are small pilot projects to make it effective.” Then, he said, a leader must make the project efficient by converging essential tasks and cutting non-essential ones. The final step is to scale.

Abed also emphasized the importance of a program’s sustainability. (Eighty percent of BRAC’s $1 billion budget in Bangladesh is self-funded through its commercial enterprises; the rest comes from donors.) He cited research by a historian who examined 500 16th century institutions in Europe—only 33 of them survive today. Of those, 29 are universities.

“Why universities?” Abed asked, “All societies obviously needed leaders, and those leaders were trained by universities. Plus, [universities] have always changed with the evolving needs of society.”

This article has been updated to correct the number of people BRAC has reached and its current lineup of commercial enterprises.