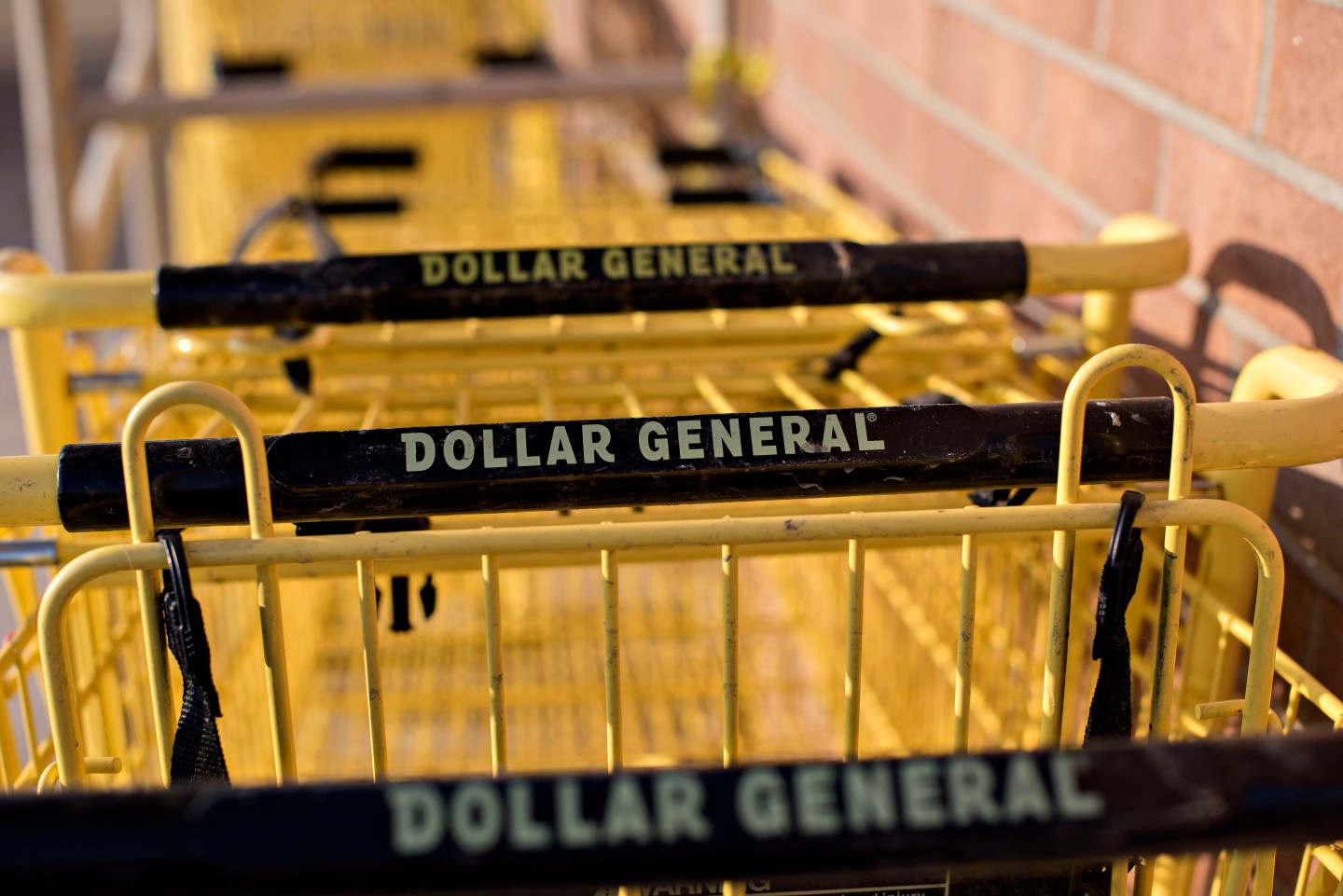 Food prices have fallen in the past few months due to low oil and grain prices as well as intense competition in the sector, resulting in aggressive price cuts by Wal-Mart Stores and other food retailers.

Deflation in parts of the grocery market has reduced the price gap between Dollar General and higher-priced rivals and has made the company’s prices less competitive, Conlumino analyst Håkon Helgesen said.

By the end of 2016, as many as 22 states would have changed the criteria for SNAP—a move that is likely to result in about 1 million Americans losing benefits.

States implementing SNAP changes this year include Florida, Georgia, Alabama and Tennessee, which have some of the highest concentration of Dollar General stores.

Dollar General said it now expects earnings to come in at the low end of its forecast of 10-15 percent growth for the year ending Feb. 3.

Profit in the latest quarter included a charge of about 5 cents per share for store relocation costs and disaster-related expenses.

Analysts on average were expecting a profit of 93 cents per share, according to Thomson Reuters I/B/E/S.