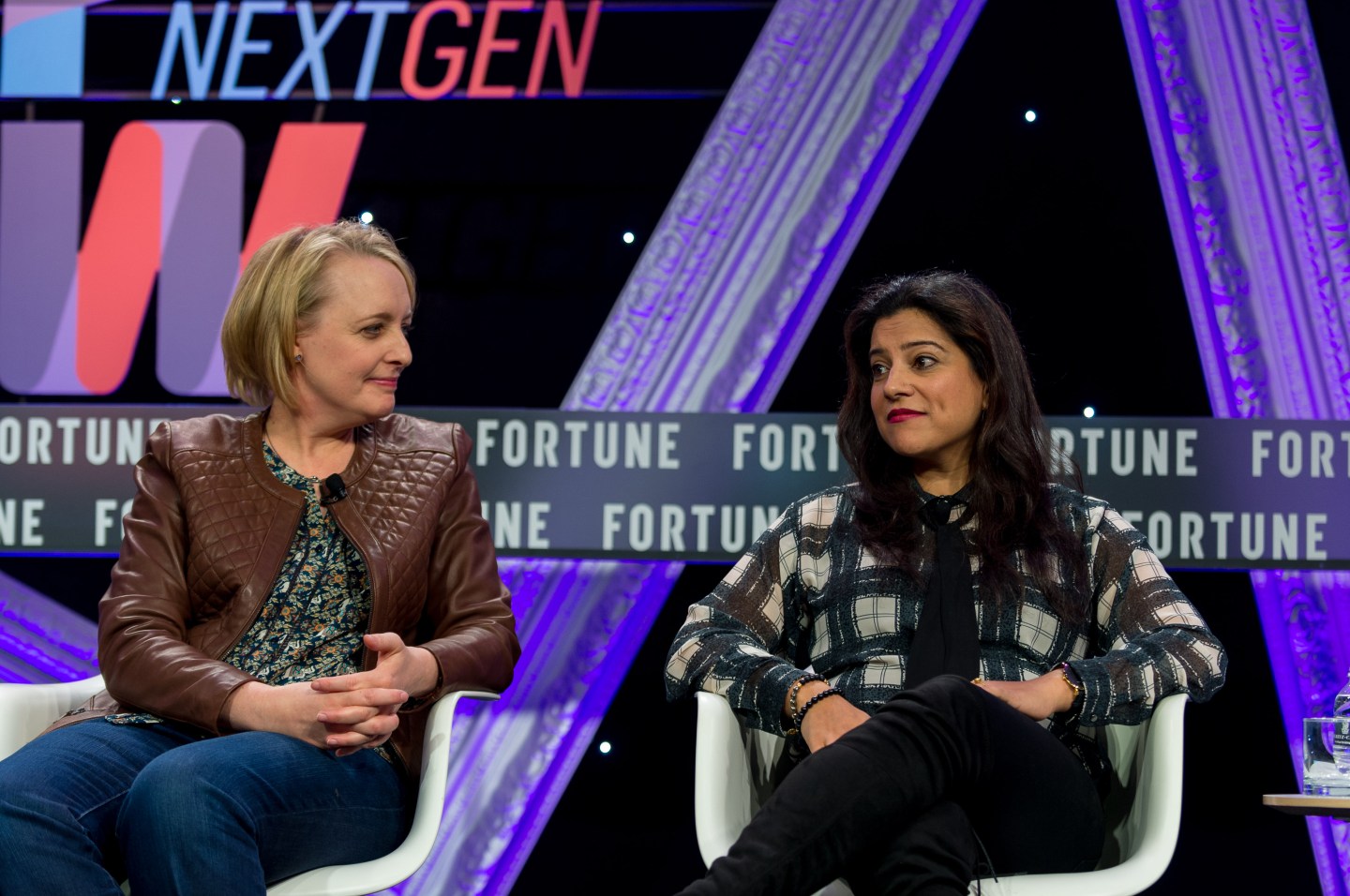 Many corporations talk about diversity. Few actually do something about it.

At a time when the national conversation has reached new levels of divisiveness, corporate America’s commitment to diverse and inclusive workforces has never mattered more, said Reshma Saujani, founder and CEO of Girls Who Code.

Speaking Wednesday at Fortune’s Most Powerful Women NextGen Summit in Laguna Niguel, Calif.. Saujani, whose six-year-old organization is tackling the gender gap in tech by training young girls in computer science, encouraged the nation’s business leaders to double down on the effort in a wide-ranging panel discussion on attracting and retaining diverse talent.

It’s a goal that many in the corporate America get behind, or at least pay lip service to; but in practice, progress towards more balanced workforces in many sectors, and especially at senior management levels, has been slow.

To move the conversation forward, Julie Sweet, CEO of Accenture North America, said leaders must make clear that diversity is a business imperative and that message must be communicated clearly and consistently from the very top. In her role as one of the 20 senior-most executives in global consulting, she annually reports to Accenture CEO Pierre Nanterme what she has “done personally to impact inclusion and diversity” within the organization.

She asks her direct reports to do the same. That sort of accountability produces results, she said. In February, Accenture North America became the first—and remains the only—professional services firm to publish race and gender statistics on its workforce. That sort of transparency is important, she said, at a time when diversity and inclusiveness is a stated goal of an organization.

Accenture has also worked on ways to get more women into senior leadership positions (they’ve changed the interview process so that candidates of both genders get to know more members in the executive ranks) and to retain them (implementing a one-year no-travel policy for employees who are new mothers and fathers).

Retention of diverse employees is also a focus for Saujani, who noted that while tech companies like SpaceX now have more gender balance among interns and young hires, they do a poor job maintaining it: 30-40% of women leave quickly. She encouraged firms to interrogate, rather than accept, that statistic by seeking feedback from female hires on office culture, opportunities for advancement and conscious and unconscious bias within the workplace.

Another problem? Despite the efforts of Girls Who Code and the increasing awareness of the STEM gender gap, the pipeline of young women pursuing technology fields is actually shrinking, she said. She noted how few public schools offer computer science courses—they continue to offer outdated keyboarding classes, though—and the lack of political will to change that. Saujani also called out the bias of tech-related curricula—and culture more generally—which she says is almost invariably written to “speak to a 13-year-old boy from Silicon Valley.”

She added that some work still needs to be done to re-educate girls and women. Too often, they turn down opportunities because they’re afraid they can’t do the job or task perfectly. In that regard, she says, they need to be more like men, who will just “fake it ’til they make it.”