Here’s Why the Drop in Oil Prices Isn’t Over 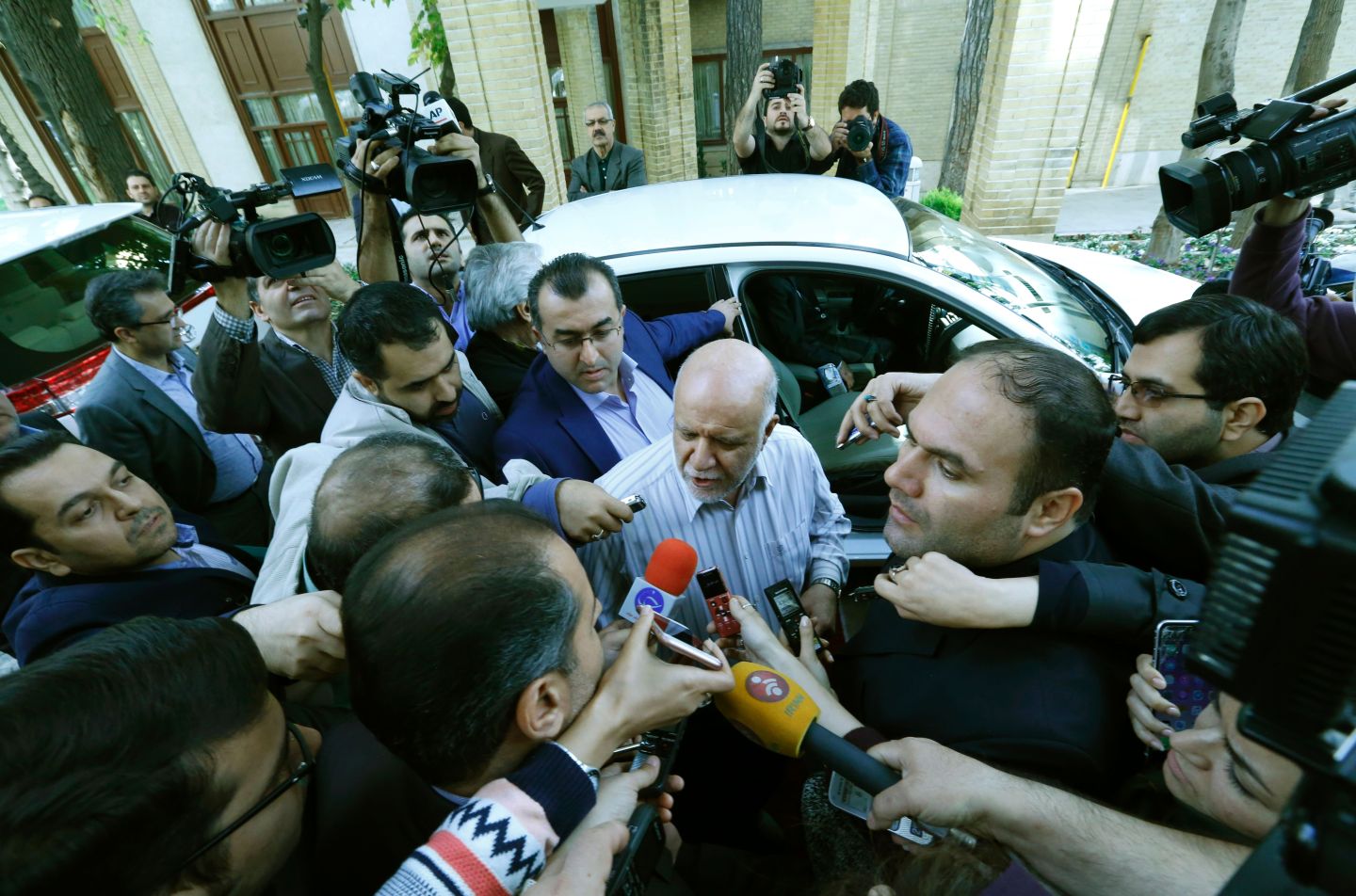 Like a year ago, crude oil futures are tumbling again Tuesday as hopes for a cut in output from the Organization of Petroleum Exporting Countries (OPEC) fade due to entrenched differences between its most important members.

The benchmark contract for U.S. crude was down 3.9% at $45.27 a barrel, after Reuters reported that Iran and Iraq–two countries who are ramping up production after years of politically-induced disruptions–are resisting pressure from Saudi Arabia to rein it in.

Analysts have warned that the global glut that drove prices to nine-year lows earlier this year could stretch well into next year if OPEC fails to deliver a cut, after raising expectations in recent weeks. And time is now running out. Ministers from the cartel’s members are due to meet in Vienna Wednesday and the positions are still far apart. Saudi Arabia’s oil minister, usually the decisive voice at OPEC meetings, isn’t even due to fly in until later Tuesday evening, according to Reuters.

The implications for the U.S. economy could be far-reaching. The shale boom that has made the U.S. much less dependent on imported oil is a major driver of local economies from Texas to North Dakota. The recovery in oil prices from a low of $27 a barrel in the first quarter has spurred a revival in drilling and associated services in recent months, which has lifted the broader economy. On Monday, the Federal Reserve Bank of Dallas reported that its gauge of general business activity returned to signaling expansion for the first time in nearly two years in November.

Of course, the markets for oil and refined products are always volatile ahead of OPEC’s ministerial meetings whenever there is a chance of a change in output levels. The cartel satisfies one-third of world oil demand, and therefore should have the ability to control, or at least nudge, prices.

But getting members to agree to a cut, or a certain policy, hasn’t been easy, particularly recently. Each country would have to sacrifice possible revenue (and most OPEC members have no other meaningful source of government revenue) at a time when low oil prices means revenue has been tight. What’s more, those sacrifices are even more difficult to agree to when non-OPEC members, such as the U.S. and Russia (the world’s biggest oil producer) end up by default among the beneficiaries of higher prices.

Prime example: Despite some honeyed words from Vladimir Putin about “joining efforts to limit supply,” Russia pumped a post-Soviet high of 11.2 million barrels a day on average in October, an increase of nearly 4% from a year earlier. OPEC, and Saudi Arabia in particular, wants Russia to share some of the pain of cutting. Hopes that it would agree had risen briefly over the weekend as ministers from OPEC members Algeria and Venezuela flew to Moscow to press the case, but they returned empty-handed on Monday.

If Russia listens to anyone in OPEC, it is not the hard-pressed Algerians and Venezuelans (much as it values Venezuela’s anti-American geopolitical stance), but rather Iran, a major buyer of Russian nuclear technology and conventional military hardware, and its strategic ally in Syria, where both countries back the regime of Bashar al-Assad.

And Iran is not looking to cut. Bloomberg reported Monday that it is sticking to its demand to raise output to 3.975 million barrels a day, roughly the level it was producing before the 2008 crisis. But that is 50,000 barrels a day above what it claims to have produced in October (official figures may be slightly inflated, to create more leeway for ‘cuts’)

“The revival of Iran’s lost share in the oil market is the national will and demand of Iranian people,” Iranian news agency Shana quoted the country’s oil minister Bijan Zanganeh, who was due to arrive in Vienna later on Tuesday, as saying.

With neither of its two biggest rivals willing to back down, Saudi Arabia had threatened at the weekend to revert to all-out price war.

As bad as that sounds, it’s possible that may not lead to plunging prices. The world economy is emerging from a soft spell, meaning that oil demand is likely to rise faster next year. In fact, the Organization for Economic Cooperation and Development predicts that the global gross domestic product will expand 3.3% next year, up from 2.9% this year, partly in response to reflationary policies promised by President-elect Donald Trump.

However, some think even Trump won’t be enough to keep oil prices up, if OPEC doesn’t start to play nice. Morgan Stanley and Macquarie, for two, have said oil prices will correct sharply if OPEC fails to reach a deal, potentially going as low as $35. Back down we go.