Workers at Some Malaysian McDonald’s Outlets Are ‘Exploited,’ Report Says 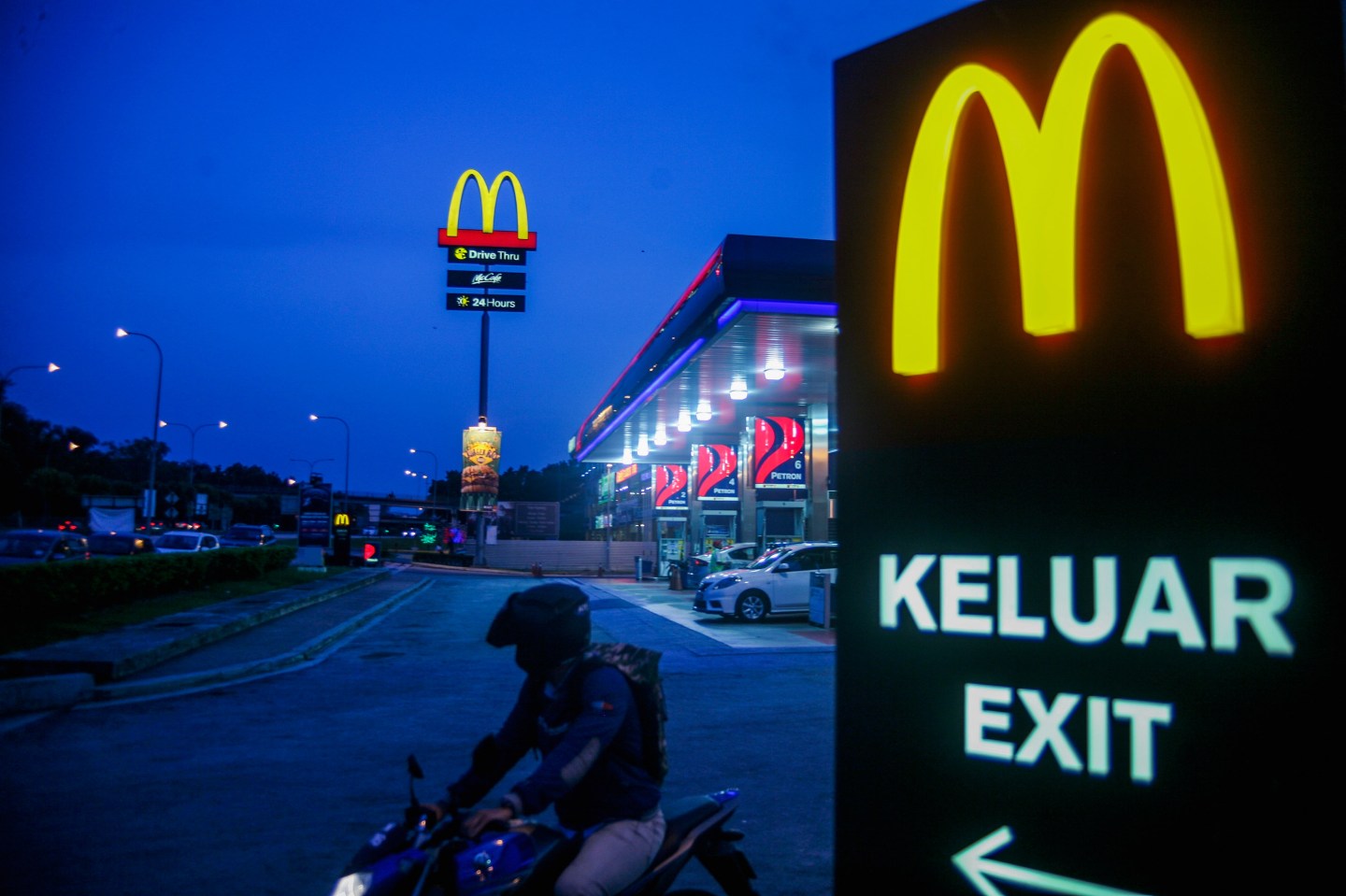 SHAH ALAM, MALAYSIA - JULY 27: The logo of McDonald's (MCD) is seen in Shah Alam on July 27, 2016 outside Kuala Lumpur, Malaysia. McDonalds Corp. is planning a sale of 20-year franchise rights that could collectively fetch at least US$400 million. McDonalds now has more than 250 restaurants in Malaysia and 120 restaurants with about 9,000 employees in Singapore. (Photo by Mohd Samsul Mohd Said/Getty Images)
Mohd Samsul Mohd Said—Getty Images

Workers at some McDonald’s outlets in Kuala Lumpur have been exploited, according to an investigation by the Guardian.

The British newspaper says it spoke to 15 Nepali men who were employed by a labor supply agency and sent to various McDonald’s (MCD) outlets in Kuala Lumpur.

Over the course of three years, the agency, Human Connections, allegedly exploited the men, illegally withholding passports, forcing them to live in squalid and unsanitary conditions, and withholding their salaries, which were as low as 70 cents an hour.

Human Connections did not immediately respond to Fortune’s requests for comment. There is no suggestion of wrongdoing on McDonald’s part.

During the period investigated by the Guardian, several of the men were said to have gone back to Nepal, reportedly using middle men who charged up to two months’ wages to arrange new documentation and flights; others entered the illegal job market.

Some of the workers talked to who talked to the paper said that they had told the fast food chain about the situation. “I complained about our salary to McDonald’s many times,” one man told the Guardian.

“When we went to meet the managers of McDonald’s to complain,” said another to the paper, “they usually said we were not employed by McDonald’s and they are not responsible for anything.”

McDonald’s said, in a statement reported by the Guardian, “Because the workers are not employees of McDonald’s, our efforts to address the issues were unsuccessful, as were proposals for McDonald’s to assume responsibility for paying workers directly. In the interim, to assist, we authorized restaurants to provide food and provisions to workers affected while we worked to address the issue.”

The Guardian also reported that McDonald’s had ended its contract with the employment agency Human Connection.

One McDonald’s branch manager told the Guardian that “The labor supply company withheld two to three months’ wages. The workers only had a photocopy of their documents, but they should have had the original with them. We are humans. We tried to help them with food, but you can’t do it all the time.”

For more on McDonald’s, watch this Fortune video:

“The great tragedy about this kind of exploitation is that it is actually easy to fix,” said Aidan McQuade, director of Anti-Slavery International to the Guardian. “Companies operating and profiting from their business in places like Malaysia can’t say that they are not aware of the issues facing migrant workers there.”