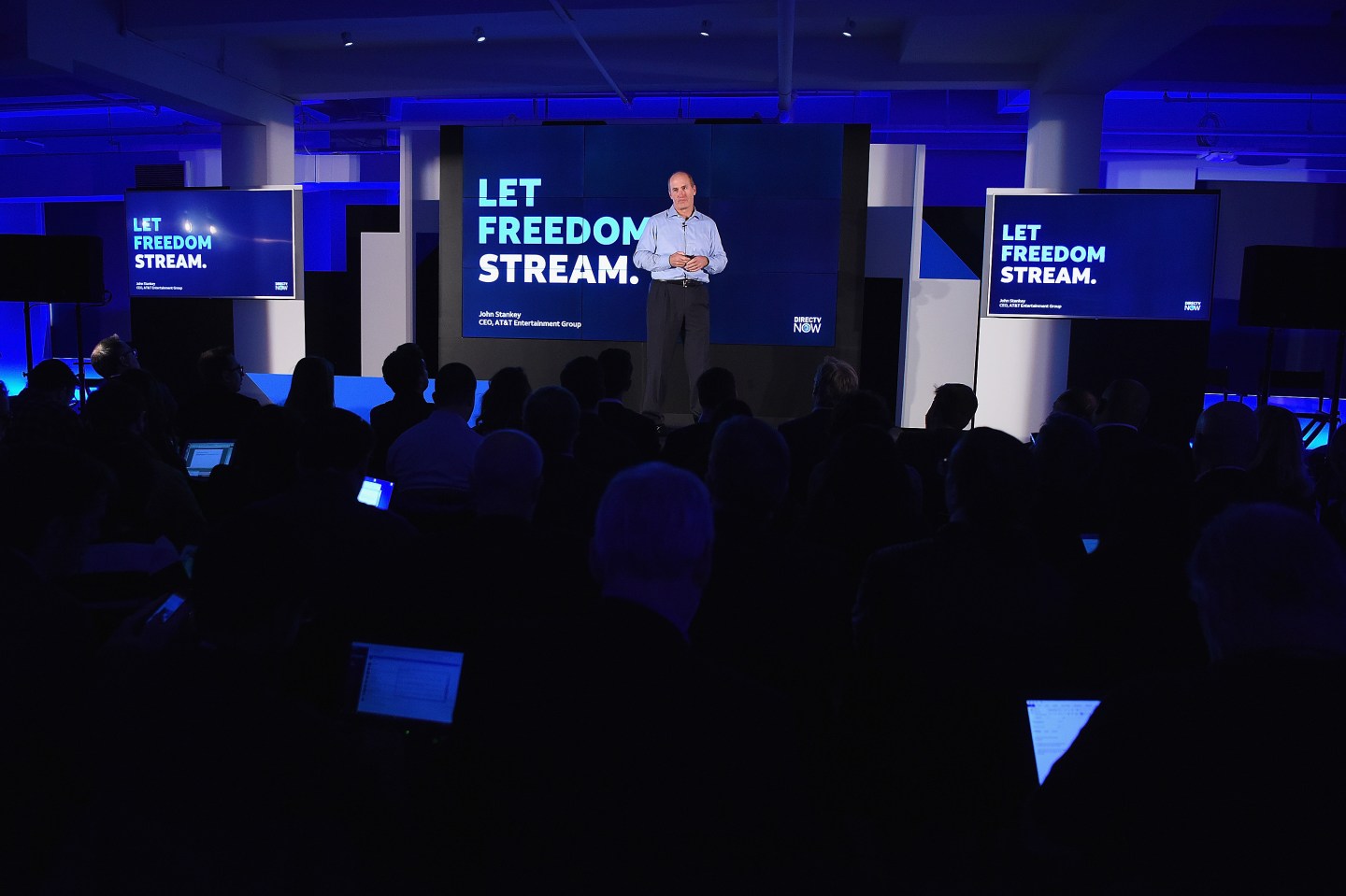 A few weeks ago, federal regulators sent AT&T a letter urging the company not to favor its upcoming Internet TV service in ways that would likely violate net neutrality rules. On Monday, AT&T introduced its new Internet TV service, called DirecTV Now, with the exact kind of favoritism regulators had opposed.

But AT&T isn’t likely to get in much trouble. The wheels of justice at the Federal Communications Commission, which sent the letter, grind slowly. And advisors for the incoming Trump administration have already called for repealing the net neutrality rules, a move also favored by Republicans in Congress.

The companies most likely to be in trouble are AT&T’s competitors in the Internet video market. They can’t offer their customers the same deal DirecTV now subscribers will get without paying through the nose.

AT&T formally unveiled DirecTV Now at a media event in New York on Monday. The service offers over 100 channels of typical cable fare at a starting promotional price of just $35 a month. But the price goes up to $60 when the promotion ends, and there are a number of limitations on the service in the early going.

The controversy stems from AT&T’s decision that customers of its wireless service who sign up for DirecTV Now will be allowed to watch as much video on their phones as they’d like without counting against their monthly data allowances. AT&T (T) wireless customers who use competing services like Sony’s (SNE) Vue or Dish Network’s (DISH) Sling TV, don’t get the same benefit. Every bit of their online video viewing counts against their data caps.

None of AT&T’s three big content partners for DirecTV Now have made significant pushes into online TV services on their own. Comcast’s (CMCSA) NBCUniversal, Disney’s (DIS) ABC and Twenty-First Century Fox’s (FOX) Fox have preferred instead to partner with AT&T and others. The other major broadcaster, CBS, however, is an exception. CBS (CBS) does have its own Internet TV service, called CBS All Access, and it has not yet signed on with DirecTV Now. CBS declined to comment.

AT&T and Verizon (VZ), the two largest wireless carriers, have increasingly been using so-called zero rating as a strategy to bolster the popularity of their own mobile video services over the past year.

AT&T says zero rating is a benefit to consumers since it allows them to watch more video. And the practice isn’t discriminatory, the company argues, because competing services can get the same treatment if they agree to cover the cost of their customers’ data usage, as AT&T says it does for DirecTV Now. In a reply to the FCC last week, AT&T said it had “faithfully adhered” to the rules and maintained that the FCC’s interpretation was a “radical departure from established law.”

Fortune reached out to AT&T for comment on Tuesday and will update this story if a reply is received. The FCC is still reviewing AT&T’s response to its letter and had no further comment, a spokeswoman said on Tuesday.

The FCC and some outside observers have argued that the way AT&T is using zero rating is discriminatory. There is no cash cost to AT&T from zero rating its customers’ video usage, while competitors would have to pony up big bucks to get the same treatment, they say. The cost of matching the zero rating benefit alone could “render infeasible” other services’ attempts to match DirecTV Now’s $35 price point, the FCC noted in its letter.

The FCC, however, is about to undergo a braintrust transplant–one that is likely to help AT&T in this case. The letter challenging zero rating was written under the administration of FCC chairman Tom Wheeler, who was appointed by President Barack Obama, who was also a strong proponent of the net neutrality rules.

But within months, President-elect Donald Trump will appoint his own chairman of the agency. And in addition to his general hostility to government regulation, he has named two ardent opponents of the net neutrality rules to oversee his FCC transition team. Either of the transition leaders, Jeff Eisenach or Mark Jamison, could end up as FCC chairman.

And that would leave AT&T’s DirecTV Now with its big advantage—and competitors at a big disadvantage.