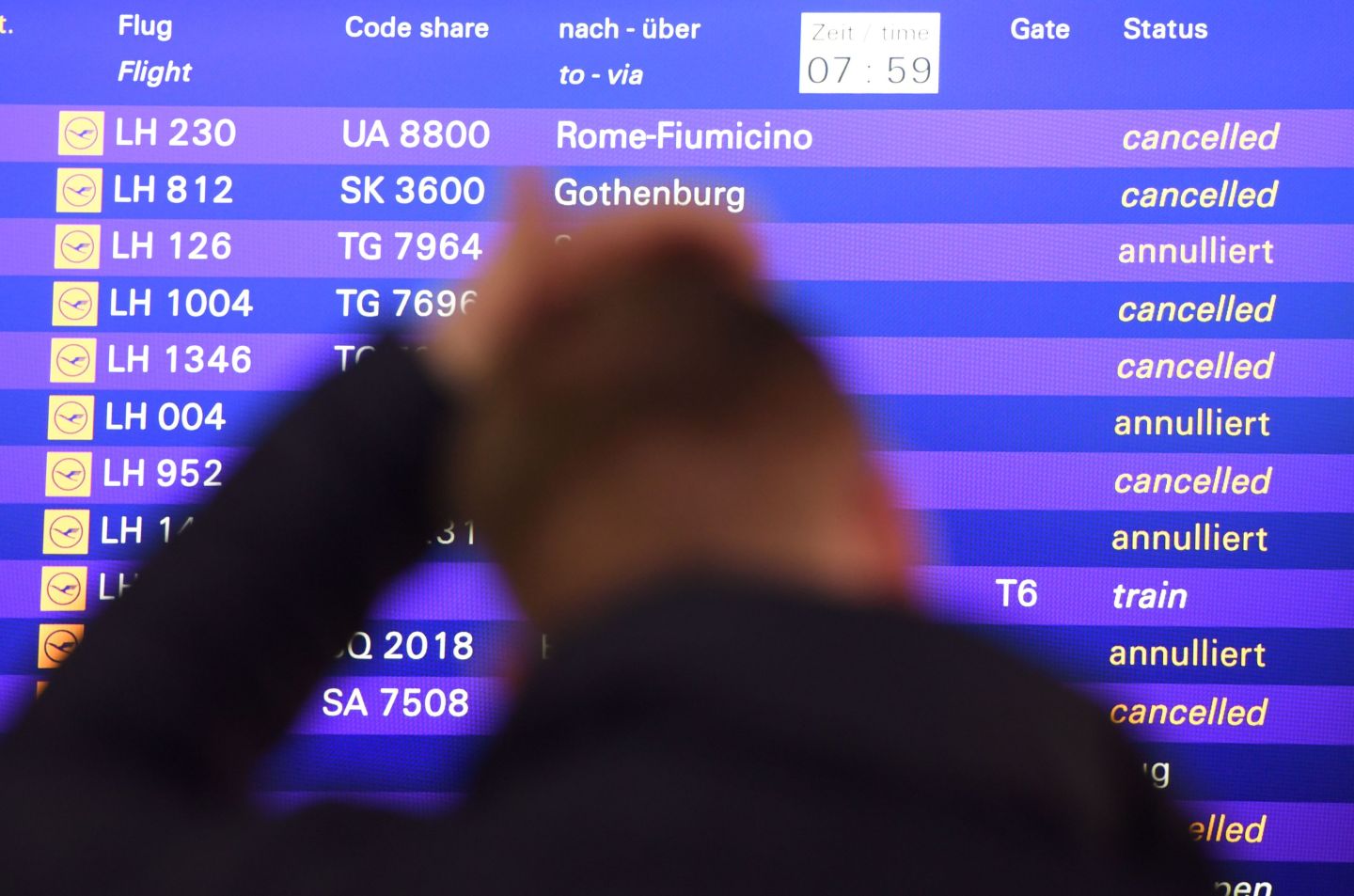 A flight passenger stands in front of a board displaying cancelled flights of German airline Lufthansa on November 25, 2016 at the airport in Frankfurt am Main, western Germany. Germany's flagship airline Lufthansa said 830 domestic and European flights were being scrapped, affecting more than than 100,000 passengers, on the third day of a strike by pilots demanding higher pay. / AFP / dpa / Arne Dedert / Germany OUT (Photo credit should read ARNE DEDERT/AFP/Getty Images)
ARNE DEDERT AFP/Getty Images

German pilots union VC has announced further strikes at Lufthansa for Tuesday and Wednesday this week after fresh talks at the end of a four-day walkout failed to settle their long-running pay dispute.

“Unfortunately the high-level talks that took place today at short notice failed to produce a result,” VC board member Joerg Handwerg said in a statement on Sunday.

“There is still no negotiable offer from Lufthansa regarding the compensation of pilots, which means industrial action needs to continue.”

Lufthansa said it would have a special flight schedule by Monday, 14:00 CET (13:00 GMT), adding it was disappointed by VC’s move.

Last week Lufthansa had to cancel nearly 2,800 flights during a four-day strike from Wednesday that affected more than 350,000 passengers, the 14th walkout in a dispute that since early 2014 has cost the carrier hundreds of millions of euros.

VC had rejected the latest pay offer from Lufthansa late on Friday, lifting the threat of extending its strike beyond Saturday.

Lufthansa said that all flights would start on schedule on Monday, Nov. 28, as there had been no strike call from VC for that day.

“We have to talk,” Bettina Volkens, Lufthansa’s board member in charge of human resources, told Bild am Sonntag. “I hope very much that (VC) finally changes its uncompromising stance.”

“This cannot be forced via strikes.”

Lufthansa has offered to increase the pilots’ pay by 4.4% in two installments and make a one-off payment worth 1.8 months’ pay. The union wants an average annual pay rise of 3.7% for 5,400 pilots over a five-year period backdated to 2012.

Strikes by the pilots cost Lufthansa 222 million euros ($235 million) in 2014, according to the IW Cologne Institute for Economic Research, while in 2015 walkouts by pilots and cabin crew cost the airline 231 million euros.

Lufthansa said it had taken another 20 million-euro hit in the first two days of last week’s strike.