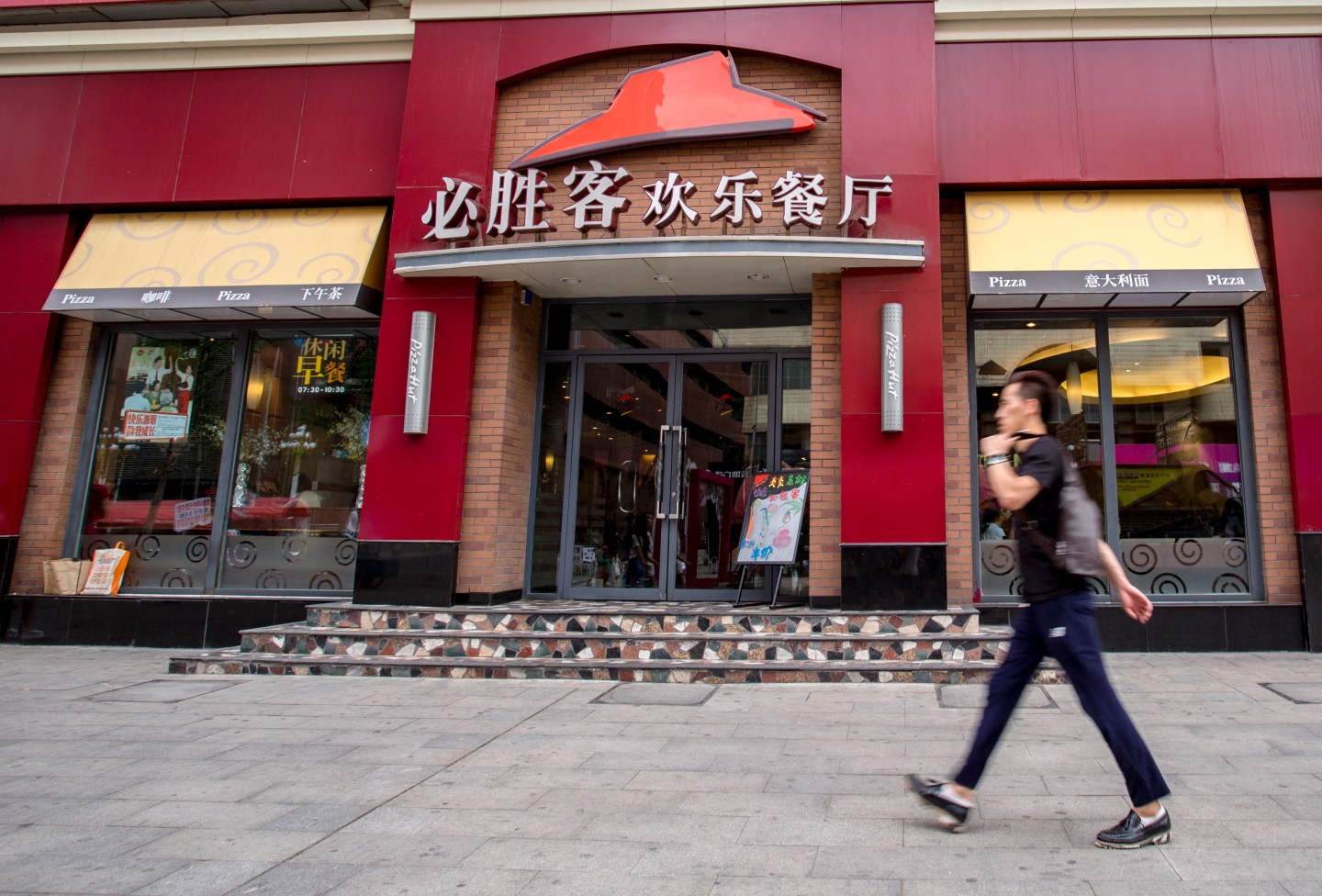 SHENYANG, LIAONING, CHINA - 2015/07/10: A Pizza hut restaurant in Shenyang downtown. According to the latest data, revenue in China, a critical market for Yum Brands, fell 4 percent compared to a year ago, but that was an improvement from double-digit declines in the fourth and first quarters. Growth for the Pizza Hut chain continued to lag the other restaurants. (Photo by Zhang Peng/LightRocket via Getty Images)
Zhang Peng LightRocket via Getty Images

Yum China Holdings (YUMC) is in talks to buy food delivery services firm Daojia.com for up to $200 million, two people familiar with the matter told Reuters, as the biggest operator of fast food on the mainland seeks to boost sales from customers dining at home.

Yum China has long-term ambitions to triple its outlets in China to more than 20,000, but as dining habits change in the world’s fastest growing major economy, food delivery is also becoming a crucial area for restaurant operators to improve sales.

The sources warned that discussions are at an early stage and a deal isn’t imminent.

Yum is keen to make investments in the sector, but it is still debating internally whether to acquire a business or buy smaller stakes in a series of such companies and have a meaningful say in their operations, one source added.

Established in 2010, Daojia.com focuses on online food orders and delivery services targetingChina‘s middle-class urbanites in 10 cities. It has a 3,000-strong logistics team, and works with more than 6,000 restaurants.

JD.com (JD), China‘s second-largest e-commerce firm, and Macquarie Capital were investors in a $50 million round of fundraising by Daojia in 2014.

Yum China and Macquarie declined to comment. Daojia and JD.com did not respond to requests for comment.

The sources declined to be identified as the discussions are confidential.

Yum China was only spun off from U.S.-based fast food giant Yum Brands (YUM) in November. The company’s brands include KFC and Pizza Hut.

Last year Yum said food delivery apps in China were posing a serious challenge for its business. Yum China CEO Micky Pant told Reuters this month that delivery was just 10 percent of company’s sales, but it was growing at double digits and would be an important driver of growth..

The logistics and delivery segment has attracted investments from China‘s deep-pocketed technology heavyweights including JD.com, Alibaba, Baidu and others.

“It’s a very aggressive play they’re making. They’ll have access to delivery data across China, it’s very powerful to understand what people are buying, what people are consuming,” one of the sources said.

Yum China secured a $460 million investment from Primavera Capital and Alibaba affiliate Ant Financial before its spin-off earlier this year. Yum China already is the biggest user of Ant’s popular Alipay mobile payments service and the restaurant operator is investing in its mobile ordering system and loyalty programs.