How to Get Coworkers to Stop Interrupting You 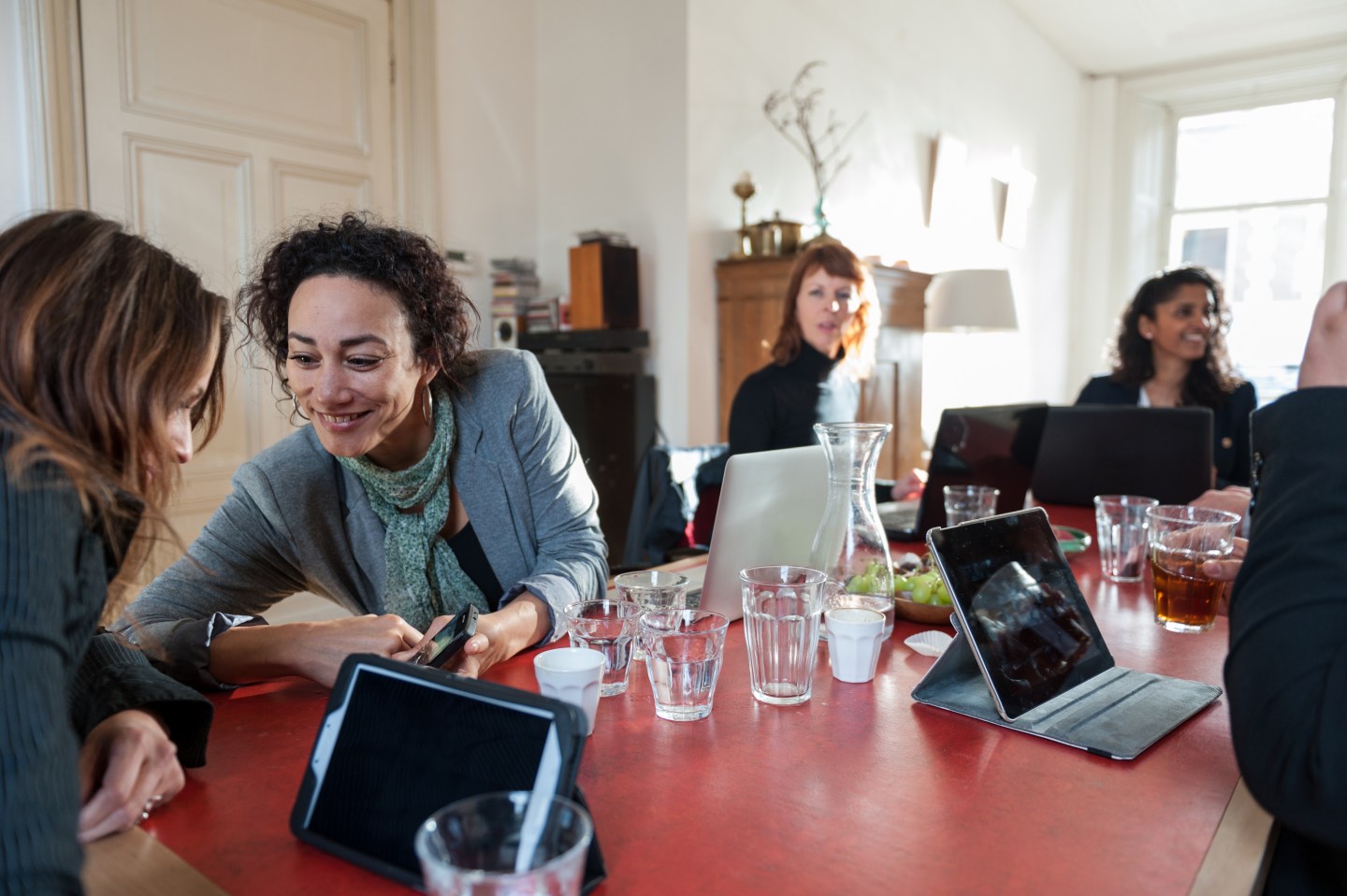 Women during a business meeting. Two are looking at a phone and smiling.
Lucia Lambriex—Getty Images

This article originally appeared on Monster.

You’re in a meeting and you’re ready for your mic-drop moment. You start to explain your winning idea, when you’re coworker interrupts you and steals the metaphorical mic. Now you know how Taylor Swift must have felt at the 2009 MTV Awards when Kanye West stole her thunder mid-speech.

In the heat of a meeting, anyone can get interrupted, but an abundance of research has shown that women are more frequently interrupted than men. In fact, a recent study found that men interrupted women 2.1 times over the course of a three-minute conversation and only interrupted men 1.8 times. Interestingly, women were also more likely to interrupt another woman than to interrupt a man.

Gender aside, when someone interrupts you, it implies that your statement isn’t valuable—and when it comes time to get evaluated for a promotion, you want people to recognize you for your good ideas—not your almost-good-idea-that-got-cut-off. Monster spoke to experts to find out how to politely (but firmly) take back the mic.

Take ownership of your idea

If someone barges into your explanation of your very good idea, wait for the person to finish speaking, then finish your statement, says Kathy Caprino, founder of Connecticut-based career coaching firm, Ellia Communications. Then, in a factual (read: non-accusatory) way, mention that you’re following up on your idea or opinion.

For example, she suggests saying, “Thanks, Fred. I’d like to circle back and share the final piece of my idea, because it’s important to the discussion.”

“The key is to establish your authority, confidence and know-how on this topic and not to get derailed,” Caprino says, “but do it in a respectful, calm and compelling way.”

Use the amplification strategy

If you’re dealing with a notorious interrupter, you can pair up with a colleague and use the “amplification” strategy, a tactic popular with female White House staffers, whereby a woman makes an important point and another woman emphasizes it and credits it accordingly.

Similarly, Baltimore-based career coach Rachel Andujar recommends developing a “buddy system” in advance. “You and a colleague can stand up for each other’s ideas to make sure that they are heard and are validated,” she says. Now you’re covertly claiming ownership and helping out a colleague. Win-win.

For more on amplificiation strategy, watch this Fortune video:

Take time to think objectively about your delivery. Remember that word choice, tone and cadence can all undermine your confidence. Jill Jacinto, a millennial career expert at the career and lifestyle site WORKS, recommends paying attention to your volume, clarity, upspeak and whether you are concise or verbose. (And please don’t be the person who starts a statement with, “This may be a bad idea, but…” or, “I could be wrong, but…”)

If you’re worried the problem may not be what you say but rather how you say it, use a popular media-training technique. Film a mock meeting, and pay attention to any crutches like speaking a mile a minute, pausing frequently, not fully composing your thoughts or mumbling.

More from Monster:
• 100 companies making big hires in November
• How to take the right kind of risks early in your career
• Ask Vicki: How do successful people spend their first hour at work?

Your body language doesn’t just impact people’s perceptions of you—it also impacts how you feel about yourself. Jacinto suggests that you lean in and sit up straight when you’re speaking.

Other strategies include striking a high-power pose such as “The Loomer” (put your hands on the table and lean forward a la House of Cards’ Francis Underwood) or “The CEO” (lean back in your chair and keep your feet firmly planted on the floor). They might not stop someone from interrupting you, but they may just help give you the courage to speak more confidently about the work you’re doing.