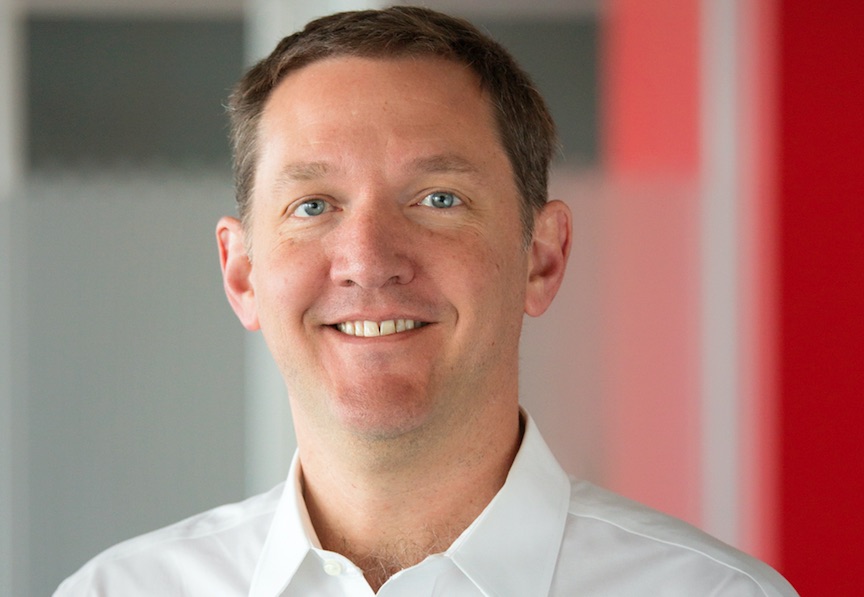 Even among technology companies, Red Hat has to stand out as one of the geekiest firms in the business.

The enterprise company offers services and support around the Linux open-source operating system, which non-techies can think of as a free equivalent of Microsoft’s Windows and Apple’s MacOS. Developers and IT operators, however, regard Linux as more than just a free service: It’s the underpinning of some of the most popular apps and software used today.

For instance, if you’ve ordered a car ride from Uber or bought digital storage from Amazon, it’s likely Linux OS was in a corporate data center somewhere along the line, making sure the appropriate software was chugging along.

Red Hat (RHT) has also stood out for creating a successful business around open-source technology, unlike the proprietary software sold by companies like IBM (IBM) or Microsoft (MSFT). Still small compared to other tech giants, the company is profitable. In its latest quarter, it brought in $600 million in sales, a 19% year-over-year increase.

CEO Jim Whitehurst was previously the chief operating officer of Delta Air Lines (DAL), and joined Red Hat in 2008. In this edited version of an interview with Fortune, Whitehurst discusses making a business out of free software, the impact of companies like Google (GOOGL) and Facebook (FB) in the technology world, and Microsoft’s changing attitude toward open source software.

Fortune: How was it like transitioning from a non-traditional tech company to now leading a hardcore enterprise infrastructure business?

Whitehurst: We’re about as techy as you can get, right? We don’t do business functionality directly at all. We are all key infrastructure software, so it’s by nature tech stuff. At Delta I spent a lot of time trying to bring everybody together, and in that case it was [about] “We’re going to save the company so it’s not going to die on our watch.” We were trying to make a positive message out of a tough situation.

At Red Hat, I remember talking to a recruiter, and I was asking a little bit about how people at Red Hat act and the culture. The recruiter said, “It’s a little bit like that Blues Brothers movie, when Dan Aykroyd says, ‘We’re on a mission from God.'” They kind of have that feel to them. There is some of both geeky and passion kind of rolled together in terms of the company, which makes it a great place to be a part of and a great place to lead as well.

What are you seeing in regards to how more mainstream companies like Microsoft are approaching open source technology?

I’ve had a front row seat to watch it all happen, which also makes the job fascinating.

An interesting thing happened during the Web 2.0 era, when large web IT users like Google, Facebook, Twitter (TWTR), LinkedIn (LNKD), Yahoo (YHOO), etc., started using open source to drive their infrastructure. Because they’re large and because they’re technically sophisticated, they started building their own features. Open source basically has become a place where user-driven innovation happens in software.

If you go back and think about the industrial revolution [during the early days of automobiles], the winners weren’t the people who made the machine tools. It was Ford (F) and GM (GM) and these mass manufacturers who used the machine tools everyday and ultimately perfected the technique of mass manufacturing. To some extent I think that’s happening a bit in technology. It’s not exclusively web companies, but that’s an easy one to put your head around and see the key drivers like Google and Facebook.

With these big web companies, their technology projects might be specifically tailored to their services, so how does what they do trickle down to the average company?

Again, as most new innovation that’s happening in open source, [traditional] enterprises almost have to follow. Microsoft was, I would argue, originally successful in the 90’s because of the Microsoft developer network in which developers started developing on the Microsoft platform and then through Microsoft’s infrastructure.

Developers now are heavily using open-source tools and technology and, bluntly, I think that’s why Microsoft had to open source .NET and why they’re embracing more open source in general.

Because open source is where innovation is coming from and is what developers are consuming, it forces vendors to participate. Now for traditional businesses, there’s a difficult problem in that there are over a million open source projects. Some of those have companies behind them and some don’t. So all of the sudden, for an enterprise, you have to think really hard about how you want to consume this innovation that was never written for enterprise consumption in mind.

I think there are a couple dimensions to that. One is there’s a whole set of tooling, which is pretty easy to do. Your developers download certain testing frameworks and other things and you just use them.

The big issue is when you want to run something in production. The example I’ll use is Linux. You’re running your SAP application on Linux and that’s great, but now there’s a bug that needs to get fixed, and the open source community fixes that on the brand new version of Linux. If you’re running on a three-year old version of Linux, nobody’s looking at that version for a bug or a security hole, but you don’t want to re-integrate and re-test your SAP system every time there’s a new version. That’s what Red Hat does.

We have thousands of engineers, and that’s what they do. They take these old versions of Linux, and if there’s a bug or there’s a security update, they patch it and fix it without ever breaking their compatibility. And we do that across all of our products, so to some extent the functionality is free but all the sustaining support is what we provide across our product set.

Software Patents May Be Coming to an End

And that’s your business model, right? Making sure things are getting updated around all that open source software and doing a lot of the leg work it takes to run one of these big projects?

Exactly. A lot of people think that Red Hat only offers support for free software. Well, if you look at our financials, support is 6% of our cost structure. You only have 94% gross margin. So support is a very small overall cost. What drives our cost is under the R&D line, and our R&D is a percentage of revenue that’s higher than other software companies. The reason is because all of that is sustaining engineering, So the innovation, or the original feature development, happens in the open source community. But all of the downstream sustaining engineering, the patching, all of that’s what we do.

What advice do you give to the fast-rising enterprise startups like Docker or Mesosphere that are trying to create business models out of open source technology?

There’s a big difference between creating value for your users and extracting some of that value for your owners. What I tell open source companies over and over and over again: it’s not the value your open source project brings, because it’s open source and it’s free. It is what unique value are you bringing when it comes to that functionality that you can ultimately extract for your owners. I’ve seen too many open source companies focus on “oh, isn’t this great technology, it can add a lot of value,” and maybe it can. But if you don’t have the unique business model that allows you to add value on top of the free functionality, in the end you’re going to fail. Just like every major airliner has gone going through bankruptcy.

I do worry a lot. It’s almost like when an original web 1.0 company would say, “But, whew, these websites are going to add a ton of value!” Well, yeah but they couldn’t extract any value. I don’t want to get into it with specific companies, but in general a lot of open source companies have come and gone because they’ve been more focused on the functionality versus how they add value around the functionality.

GitHub CEO Chris Wanstrath, who runs a popular online software code repository, recently told Fortune that he doesn’t have an allegiance between open source and proprietary software, and that companies need to use both. What is your stance on the two different types of technologies?

This is today and this could change over time, but areas that are of interest to large IT users and are common to infrastructure—like storage, development tools, things that are relatively common across different businesses—will be open source. Those IT users can drive road maps better than vendors.

Things like, storage and all this big data stuff, that’s common across a lot of companies and I think it would be hard for a proprietary company to compete against a byproduct of what Google and Facebook are doing, because when they’re on to something they give it away.

A rough line would be almost to say most infrastructure is going to be open source and most business functionality above it is going to be proprietary.