Mexico Is Trying to Save the Peso From Donald Trump 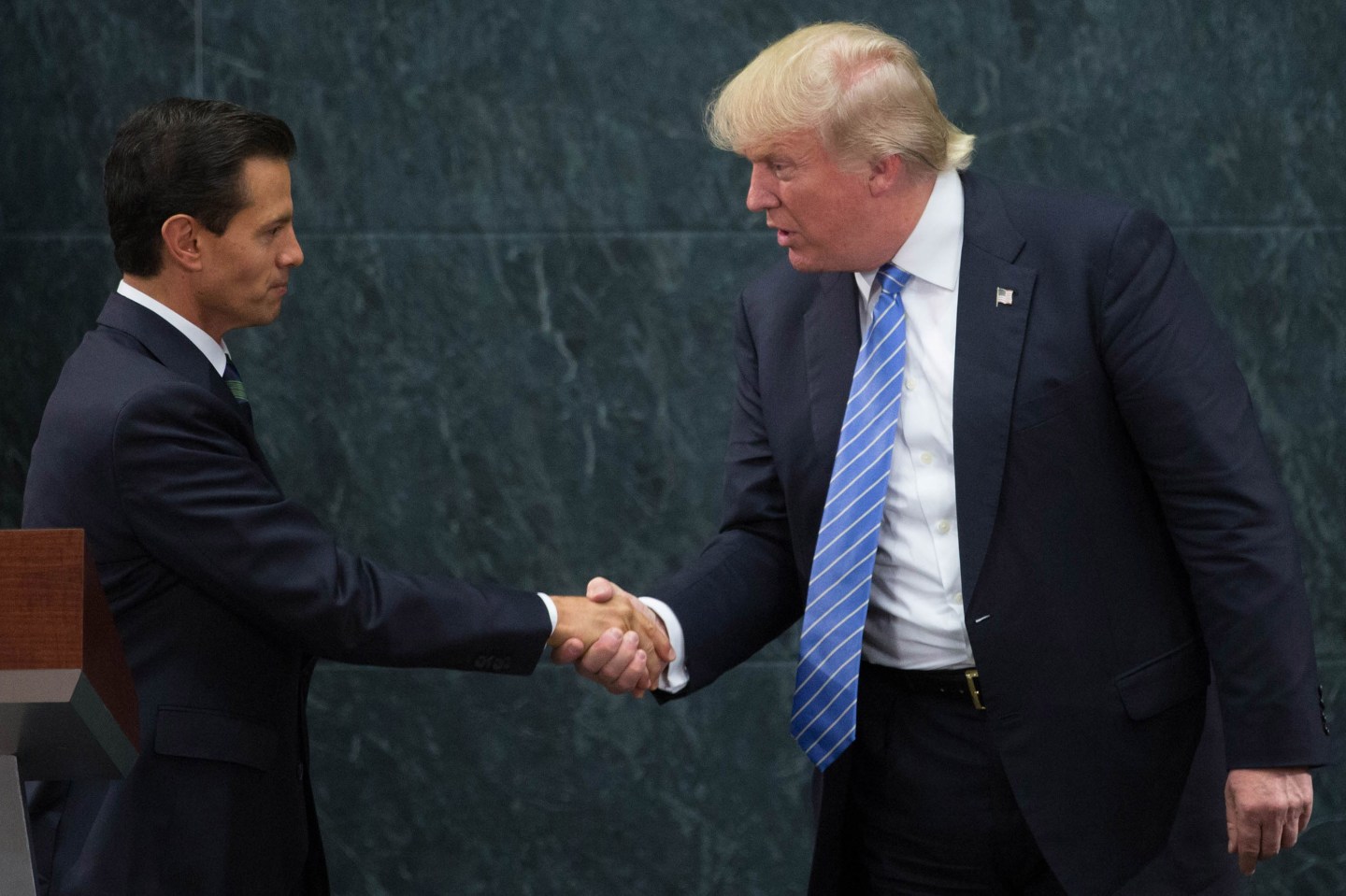 When it comes to President Trump, Mexico is preparing for the worst.

The Bank of Mexico was forced to raise interest rates on Thursday to combat the swift decline of the peso following the election of Donald Trump last week. A cheaper peso has begun to fuel inflation in the country, forcing the bank to combat it with higher rates, even as the move will tamp down on investment, further weakening the Mexican economy.

The movement in currency markets was in anticipation of the possibility that Trump will take a hardline on trade with Mexico, potentially withdrawing from the North American Trade Agreement or instituting hefty tariffs. Such policies would hammer the Mexican economy, as the share of Mexican GDP that is reliant on exports has risen over the past decades to reach more than 35%.

Given that 80% of these exports are destined for the United States, high tariffs or other trade barriers could be devastating to the Mexican economy.

But this news is not altogether good news for the U.S. economy either. A declining peso and rising dollar makes American goods more expensive for international customers, and will hamper President-elect Trump’s efforts to bring back manufacturing and other jobs to American shores.

This dynamic underscores the difficulty president Trump will have in following through with his campaign promises to bring back manufacturing jobs, despite his tweet proclaiming mission accomplished when it came to a Ford production plant. The lower cost of labor in countries like Mexico will remain a huge incentive to produce there, especially in an environment where the peso is cheap. And raising tariffs, while it sounds like it is pro-American worker, could simply mute overall economic activity, while not increasing jobs at home, either.