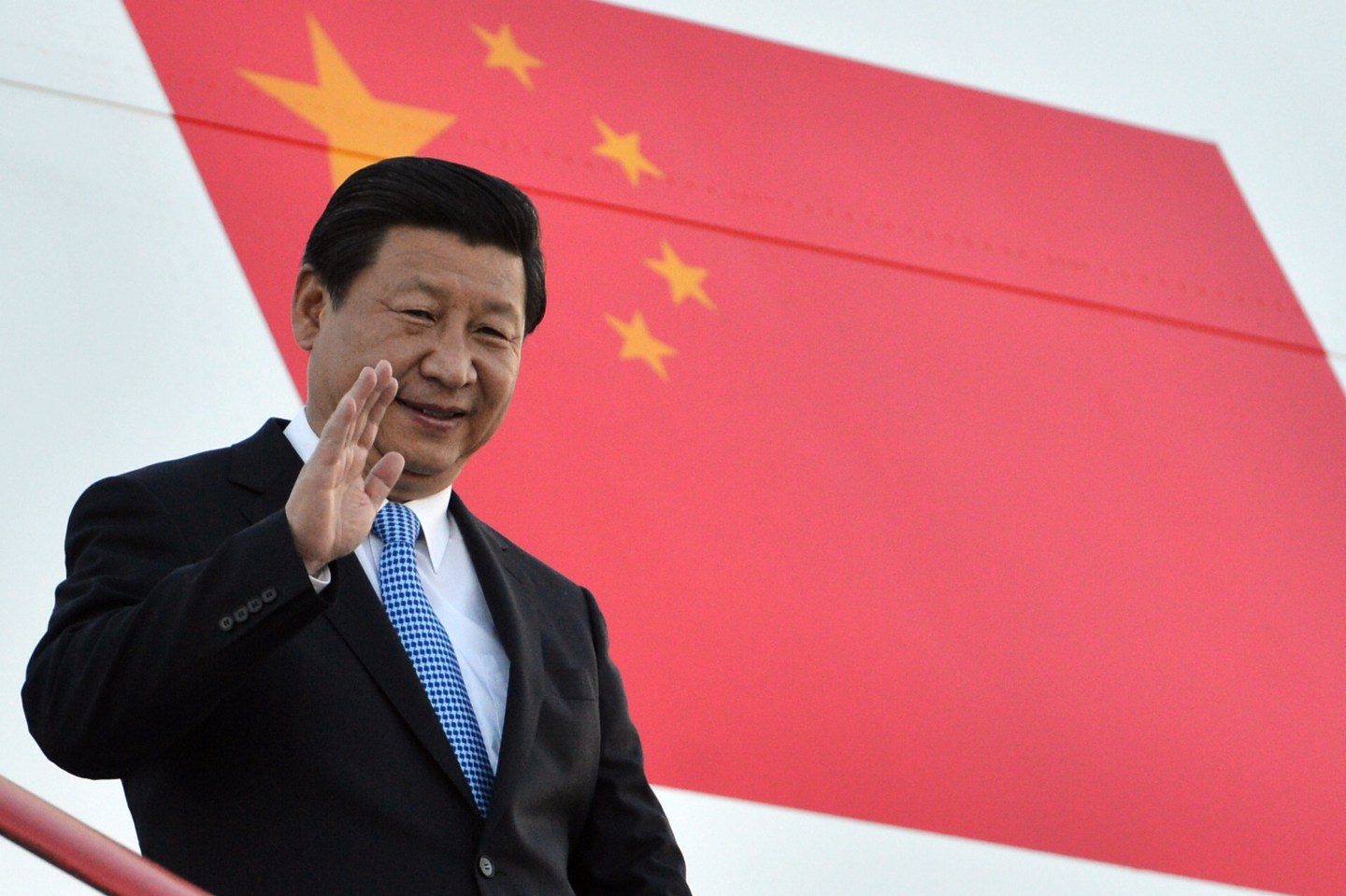 SAINT PETERSBURG - SEPTEMBER 04: In this handout image provided by Ria Novosti, President of the People's Republic of China Xi Jinping arrives in Russia ahead of the G20 summit on September 4, 2013 in St. Petersburg, Russia. The G20 summit is scheduled to run between September 5th and 6th. (Photo by Alexey Kudenko/RIA Novosti via Getty Images)
Photograph by Alexey Kudenko/RIA Novosti via Getty Images/File

In its annual report to Congress, the U.S.-China Economic and Security Review Commission said the Chinese Communist Party has used state-backed enterprises as the primary economic tool to advance and achieve its national security objectives.

The report recommended Congress prohibit U.S. acquisitions by such entities by changing the mandate of CFIUS, the U.S. government body that conducts security reviews of proposed acquisitions by foreign firms.

“The Commission recommends Congress amend the statute authorizing the Committee on Foreign Investment in the United States (CFIUS) to bar Chinese state-owned enterprises from acquiring or otherwise gaining effective control of U.S. companies,” the report said.

CFIUS, led by the U.S. Treasury and with representatives from eight other agencies, including the departments of Defense, State and Homeland Security, now has veto power over acquisitions from foreign private and state-controlled firms if it finds that a deal would threaten U.S. national security or critical infrastructure.

If enacted, the panel’s recommendation would essentially create a blanket ban on U.S. purchases by Chinese state-owned enterprises.

“We ask that Chinese companies investing abroad abide by local laws and regulations, and we hope that relevant countries will create a level playing field,” he told a daily news briefing.

The panel’s report is purely advisory, but could carry extra weight this year because they come as President-elect Donald Trump’s transition team is formulating its trade and foreign policy agenda and vetting candidates for key economic and security positions.

Congress also could be more receptive, after U.S. voter sentiment against job losses to China and Mexico helped Republicans retain control of both the House and the Senate in last week’s election.

Trump strongly criticized China throughout the U.S. election campaign, grabbing headlines with his pledges to slap 45 percent tariffs on imported Chinese goods and to label the country a currency manipulator on his first day in office.

The recommendation to change laws governing CFIUS was one of 20 proposals the panel made to Congress. On the military side, it called for a government investigation into how far outsourcing to China has weakened the U.S. defense industry.

The 16-year-old panel also said Congress should pass legislation that would require its pre-approval of any move by the U.S. Commerce Department to declare China a “market economy” and limit anti-dumping tariffs against the country.

The United States and U.S. businesses attracted a record $64.5 billion worth of deals involving buyers from mainland China this year, more than any other country targeted by Chinese buyers, according to Thomson Reuters data.

The push into the United States is part of a global overseas buying spree by Chinese companies that this year has seen a record $200 billion worth of deals, nearly double last year’s tally.

CFIUS has shown a higher degree of activism against Chinese buyers this year, catching some by surprise. Prominent deals that fell victim to CFIUS include Tsinghua Holdings’ $3.8 billion investment in Western Digital.

Overall, data do not demonstrate CFIUS has been a significant obstacle for Chinese investment in the United States. In 2014, the latest year for which data is available, China topped the list of foreign countries in CFIUS review with 24 deals reviewed out of more than 100 scrutinized by CFIUS.

Although the number of Chinese transactions reviewed rose in absolute terms, it fell as a share of overall Chinese acquisitions, the report noted, and the vast majority of deals reviewed by CFIUS were cleared.