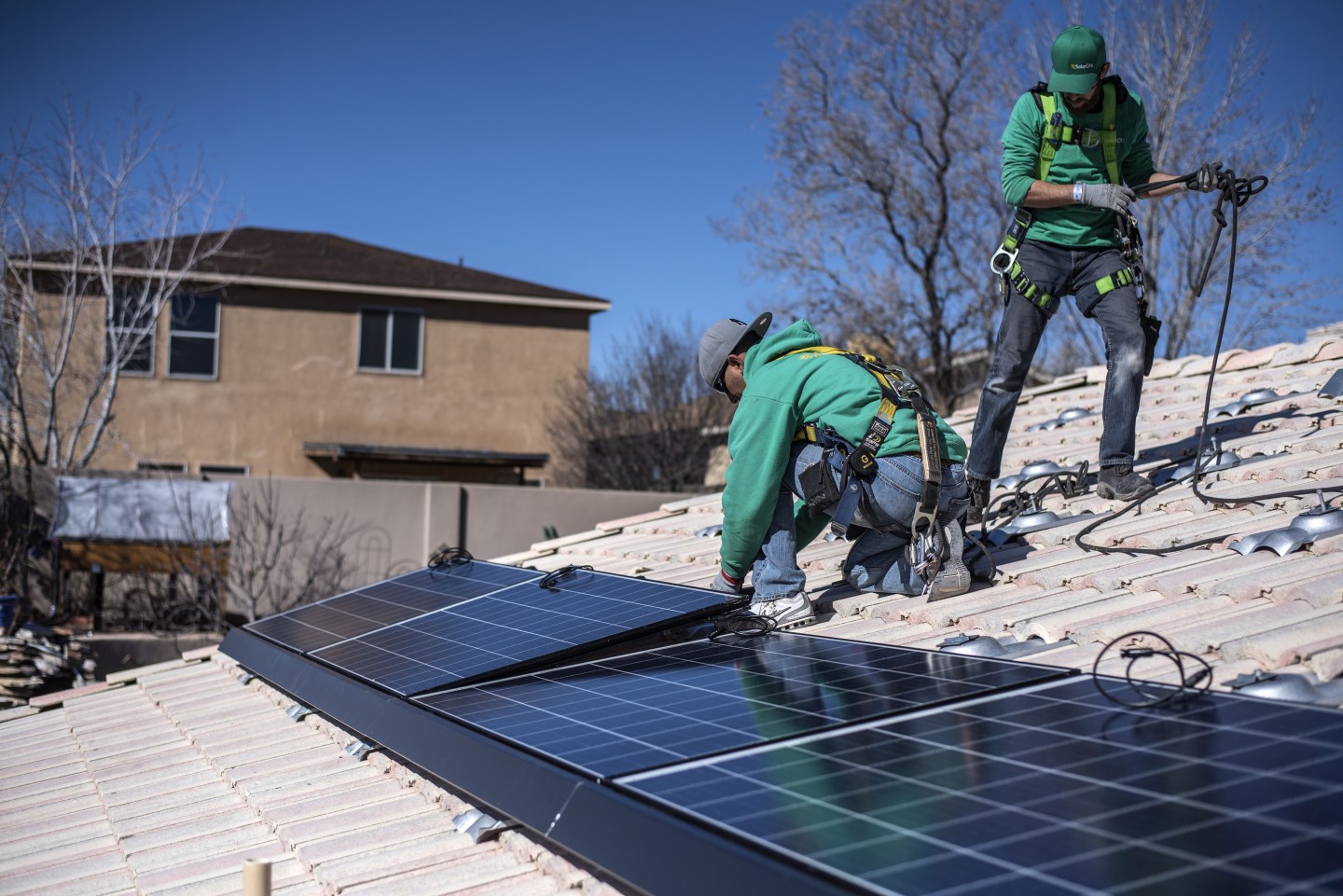 The rooftop solar industry has slowed sharply this year as the sector moved from one of scrappy upstarts to a mature business.

The cooling off of the once-burgeoning sector comes as billionaire Elon Musk on Thursday will ask shareholders of SolarCity and Tesla Motors Inc to embrace his vision of a clean energy powerhouse by voting to combine the two companies. Musk is the largest shareholder in both companies.

Billed by many on Wall Street as a bailout of the nation’s top residential solar installer, the $2.6 billion deal has made investors question how Tesla will absorb SolarCity’s hefty debt-load, especially given the headwinds facing the industry.

“It’s great for SolarCity. It doesn’t look as great for Tesla shareholders at this point,” said Angelo Zino, an analyst with CFRA Research.

Investors have fled the sector. The MAC Global Solar Energy stock index is down 44% so far this year. SolarCity’s stock was down 63% in the 12 months before Tesla in June announced its proposal to buy the company.

The reasons for the downshift in rooftop solar are numerous, ranging from policy changes in key states like Nevada and California to consumer fatigue with the industry’s aggressive marketing tactics. In addition, many of the most likely buyers – affluent, environmentally inclined homeowners in sunny places – already have rooftop systems, making winning new customers harder and costlier.

“We will never see residential solar grow at the rate is has over the last four years,” said GTM Research analyst Cory Honeyman, adding that growth would likely be below 20% for years to come, a level that is still very robust.

Rooftop solar has seen some good news as well, including a dramatic drop in the cost of the technology and innovations such as home batteries that will enable homeowners to generate most of their own electricity and offer bigger savings. SolarCity, through its combination with Tesla, is poised to be at the forefront of those advances.

This year, however, SolarCity has been a big contributor to the overall dip in industry growth as it accounts for about a third of the market.

The company has ratcheted down its 2016 installation forecast three times and is poised to record almost no growth for the year after expanding 73% last year.

For more about SolarCity, watch:

Vivint, a smaller rival, has also seen flat installation growth this year. And SunPower, which plays in all segments of the solar market, said last week that growth in its residential business was lower than expected and would put pressure on its fourth quarter profit margins.

Rival Sunrun has emerged as a bit of an outlier, posting more than 50% growth this year thanks in part to business providing financing to regional and local installers, who as a group are growing more rapidly than the national brands.