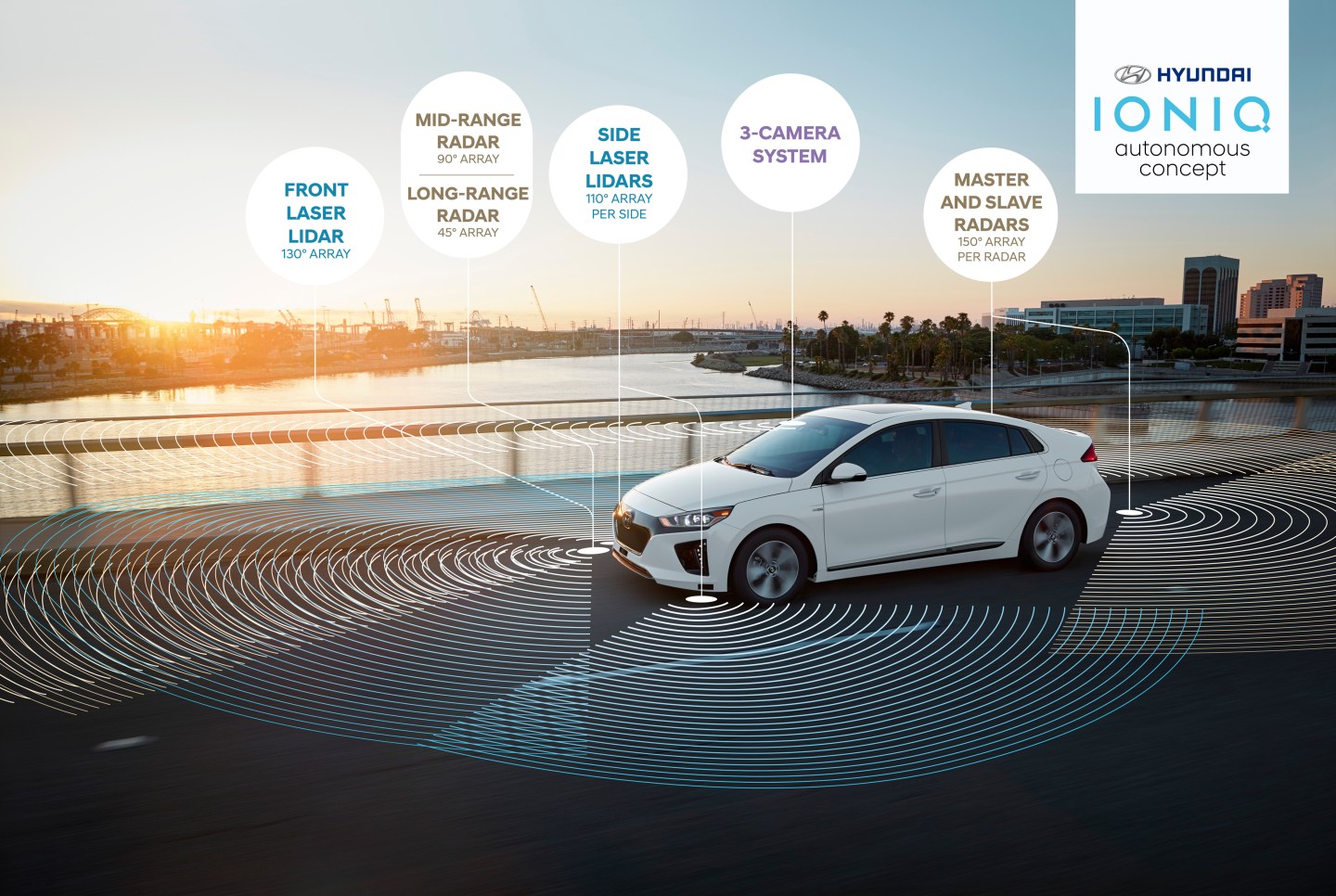 Hyundai unveiled its autonomous Ioniq concept vehicle Wednesday at the LA Auto Show. A car designed to look less like a self-driving car and more like the rest of its line-up.

To achieve that, the automaker has hidden the light-sensitive radar system in its front bumper—a sensor that typically is affixed on the roof. Hyundai said by hiding the LIDAR, the concept “looks like any other car on the road and not a high school science project.”

Hyundai also announced plans to debut two autonomous Ioniq’s at the Consumer Electronics Show in January. The all-electric cars will be found driving up and down the neon-and sunlit boulevards of Las Vegas, the company says.

Kia and Hyundai Motor Group, which holds a one-third stake in the company, announced plans in November 2015 to invest $2 billion by 2018 to develop new advanced driver assistance system technologies and hire more engineers to pursue its self-driving car ambitions.

In April, Hyundai announced it was partnering with IT and networking equipment company Cisco to help develop the next generation of Internet-connected car services, which relies on lots of data shared at high speeds. The partnership, which will focus on a network that will speed up and improve the transfer of large amounts of data within the vehicle, is part of the Hyundai’s wider strategy of working with tech firms to create a connected car platform for its vehicles.