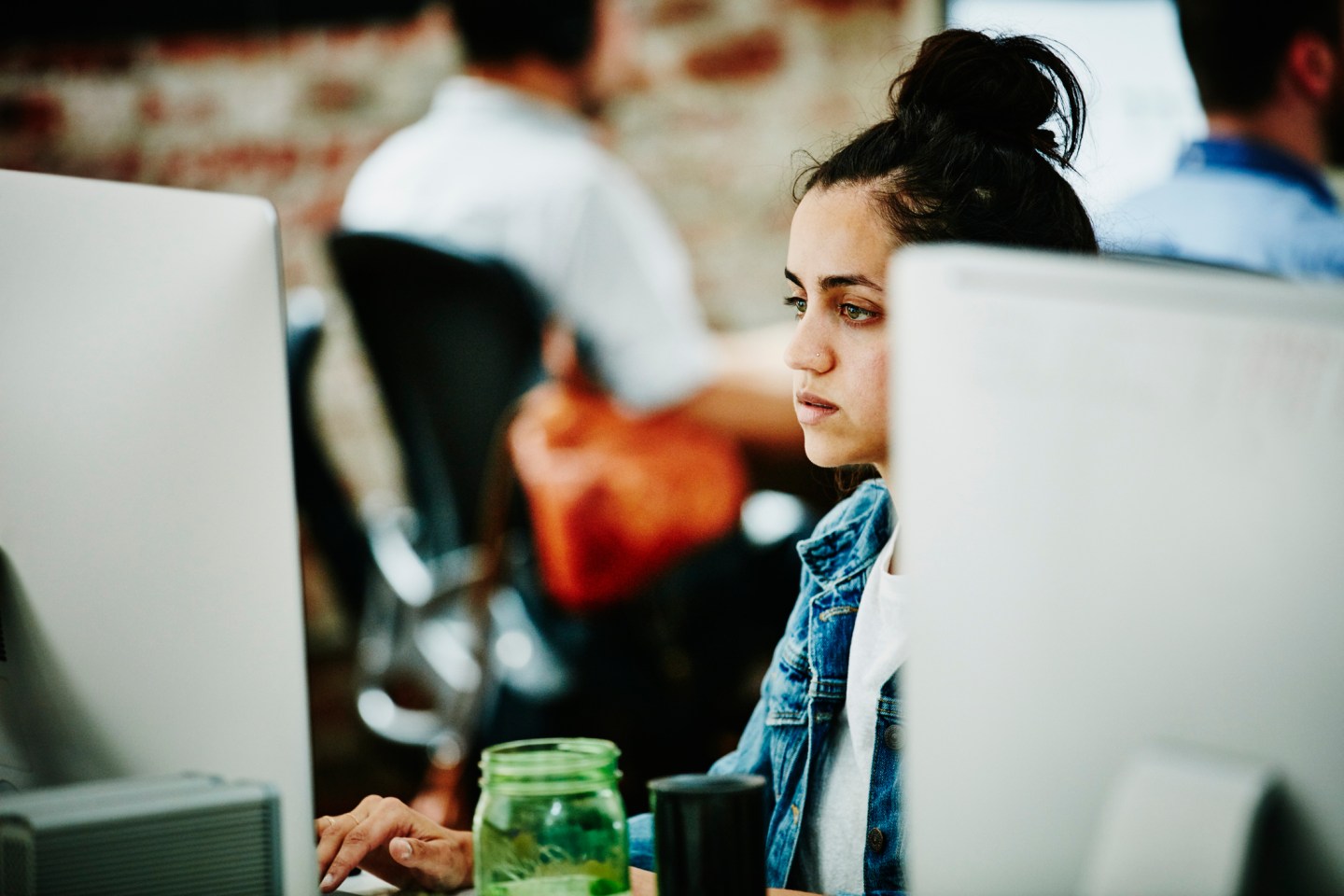 Tech’s gender problem is as bad as ever.

Not only does Silicon Valley have a notable lack of women, but many of the women who do have job titles like computer programmer and software architect make far less than the men with those jobs, according to a new analysis by career review site Glassdoor.

The analysis, which was based on 505,000 salaries shared by full-time U.S. employees on the site, reveals that the adjusted pay gap for women in tech can range as high as 28.3%, far larger than the average adjusted gender pay gap for all workers, which Glassdoor found to be 5.9%.

The adjusted pay gap is what’s left over after controlling for statistical variables other than gender—including age, education, experience, occupation, industry, location, company, and job title. In other words, even when a woman and a man are pretty much identical in every way except gender, the male worker makes 5.9% more.

This gap is due to “things we don’t see,” explains Glassdoor chief economist Andrew Chamberlain, such as “whether workers have families at home, how many hours they spend at the office, performance evaluations.” The pay gap could be due to some of those factors—or it could be due to unconscious bias.

For some women in tech, these hidden factors play a much greater role. Female computer programmers, for example, make 28.3% less than their male counterparts. The pay gap among game artists is 15.8%. Information security specialists: 14.7%.

One potential explanation for the wide disparity in pay in these particular fields is that they are dominated by men. “Fields where the proportion [of employees] is tilted towards men see wider gaps,” Chamberlain says. “The process of pay setting and promotion tends to be more biased.”

According to the Bureau of Labor Statistics‘ 2012 Current Population Survey, women comprise 34% of web developers; 23% of programmers; 37% of database administrators; 20% of software developers; and 15% of information security analysts.

On the other hand, in fields that are newer (and tend to have younger employees), the pay gap is smaller—though it still exists: female mobile developers and hardware engineers, for example, make 2.9% and 1.9% less than their male counterparts, respectively. Chamberlain’s hypothesis is that demand for these roles is driving down the gender gap. Indeed, both hardware and software engineers were on Glassdoor’s 2015 list of most in-demand jobs.

Yet despite the demand, the problem of attracting women to computer science remains.

In 1984, 37% of computer science majors in the U.S. were women. Today, that figure is just 18%. If things continue at the current rate, women will hold only one in five computing jobs in the U.S. by 2025, according to research by Accenture and Girls Who Code.