Here’s How to Triple the Number of Girls Who Code 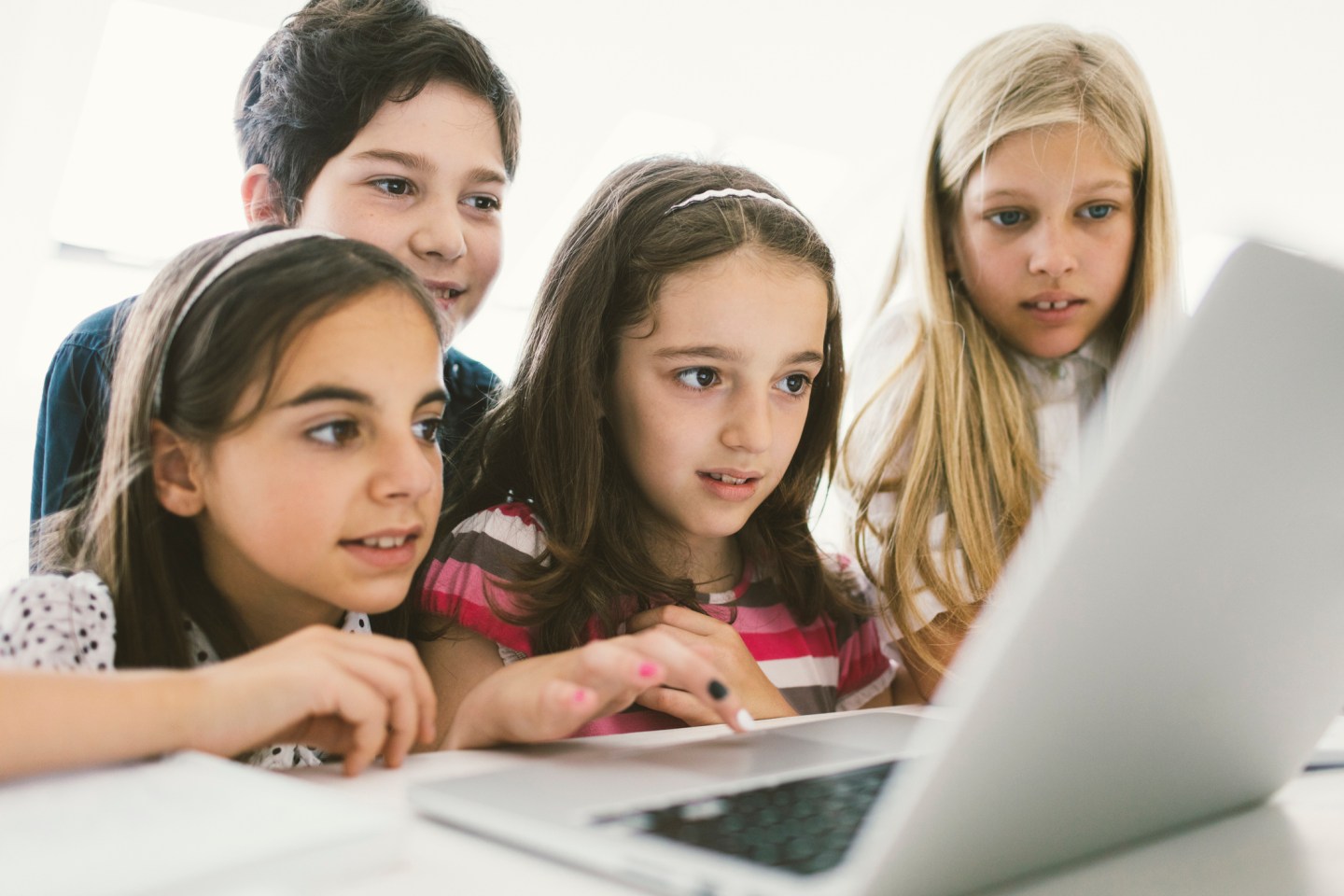 Children at coding class, sitting by the desk and using laptop. They are focused on their work, finishing their assignment.
Photograph via Getty Images

With the recent proliferation of organizations aiming to attract and educate female developers, you would think that the gender gap in computer science is on its way to closing—slowly, perhaps, but still moving in the right direction.

In fact, just the opposite is true, according to a new study by Accenture and Girls Who Code (GWC).

“That was by far the most surprising thing—it’s only getting worse,” says GWC founder and CEO Reshma Saujani. “It feels like today computer science is becoming more popularized and it’s true that the pool is getting bigger, but the share of women has declined.”

In 1984, 37% of computer science majors in the U.S. were women. Today, that figure is just 18% . If things continue as is, women will hold only one in five computing jobs in the U.S. by 2025, according to the study, which included a large-scale survey of over 8,000 junior high and high school students, undergraduates, computer science teachers and parents.

While we can all agree that the stats are dismal, the real question is what policymakers and educators can do about them. “Exposure is not enough,” says Saujani. “You could have universal access, but unless you don’t design curricula with girls in mind,” progress will be limited, she says. With that in mind, Accenture and GWC came up with a few actionable suggestions to get more girls interested in tech:

Invest in female computer science teachers. “Our research shows that there is a substantial difference in interest if the teacher is a woman,” explains Accenture North America CEO Julie Sweet. While boys don’t seem to care about the gender of their educators, for junior high and high school girls, the subject was deemed far more “cool” and “enjoyable” if they had a female instructor. Having an inspiring teacher in junior high school increased the likelihood of a girl pursuing computer science by 16%.

Design curricula with girls’ interests in mind. Right now, applications of computer science in school curricula often center around things that boys tend to care more about: games and sports. One way to retain girls’ interest is by focusing on applying coding to real-world problems and emphasizing the opportunity to be creative, says Sweet: “The one-size-fits-all approach is not working.” On the other hand, feeling like computer science is “for girls” increased the likelihood of a middle school girl being interested in entering the field by 25%.

Harvey Mudd College is a case study for this approach, Sweet says. The California-based liberal arts school increased the proportion of women studying computer science from 10% to 40% over the past decade with simple tactics like renaming classes (“Introduction to programming in Java” became “Creative approaches to problem-solving in science and engineering using Python”) and changing the examples used in lectures (from gaming to world health).

Apply the summer camp mentality to the school year. One of the major barriers to girls pursuing CS is social: A high school girl is a third less likely to be interested in coding if none of her friends code or if she feels that it isn’t “cool.” Combat this is by taking what works at summer camps and applying it to year-round education, suggests Sweet. “Summer camps are designed to be fun and social. You play games all day. It’s common sense to me as a mom.”

The report finds that if educators and parents succeed in sparking girls’ interest in junior high school and sustaining it through high school and college—the suggestions above are simply examples—the number of women working in computing in the U.S. could triple to 3.9 million by 2025.