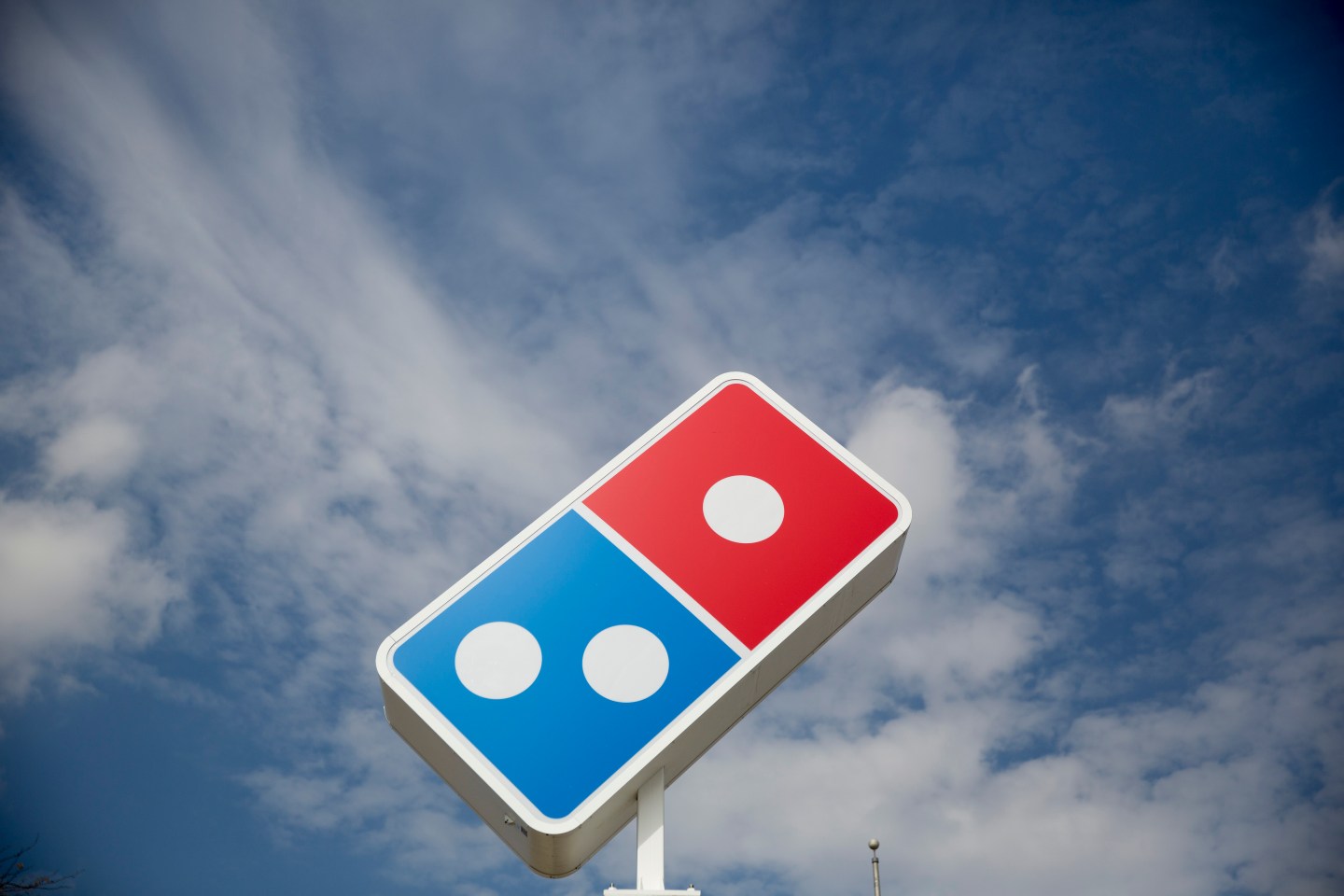 Domino’s (DPZ) Pizza Enterprises delivered one peri-peri chicken pizza and another chicken and cranberry pizza Thursday morning local time to a customer in Whangaparaoa, north of Auckland, New Zealand. The company posted video of the delivery on its Facebook page.

The delivery service is a partnership between Domino’s New Zealand and drone delivery company Flirtey — the trial in August was a crucial step in getting regulatory approval. Don Meij, the chief executive of Domino’s Pizza Enterprises, said that the lead-up to this delivery involved a number of trials, including adjusting food temperatures, as well as some co-ordination with the government, according to the New Zealand Herald.

Kiwi news portal stuff.co.nz reports that GPS navigation was used to autonomously control the drone, which was also overseen by experts and a drone pilots. This order took around two to three minutes to arrive, according to the report, which would be half the usual time taken by motorcycle delivery on the same route.

Apart from shorter delivery time, making use of drones also means skipping all the traffic and congestion on roads, according to the Herald.

And to top it off, the customers of this historic pizza run loved it, too.

“The delivery was a lot quicker and it was most certainly more fresh and hot. We are really excited to see how this proceeds,” the couple told stuff.co.nz.

The feat by Domino’s sees the pizza chain come ahead of other companies racing to become pioneers in the field of unmanned aerial delivery, from Google to Amazon, as well as UPS, which tested its drones in the U.S. last month. E-commerce giant JD.com (JD) has also trialed a drone delivery service in rural China.