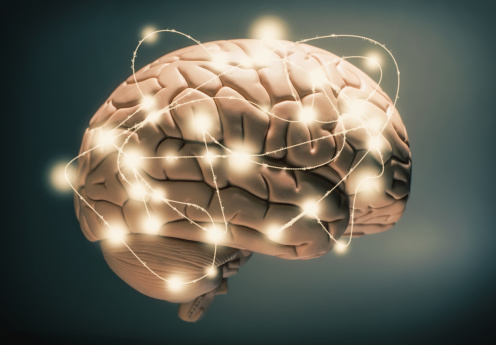 For Lumos Labs, which makes the brain training app Lumosity, the year started on a sour note. Midway through the first week in January, the Federal Trade Commission announced it was suing the company for $2 million. Through its pervasive digital ads, TV spots, and radio voice-overs, Lumosity, the agency said, had peddled “unfounded claims” that users could reduce or delay serious cognitive conditions, including Alzheimer’s, dementia, and ADHD just by playing its games.

Again, not the most auspicious start to 2016. Fast forward eleven months to present, however, and Lumosity isn’t just still around — it’s releasing new features. “The FTC never had issues with the quality of the product,” says Steve Berkowitz, the company’s recently-installed CEO (he joined in November 2015). “It was with the advertising language.”

And so Lumosity continues making, and marketing, its products. In addition to playing the bank of 50-plus “brain games,” users are now able to track how their performance changes over time, pinpoint their strengths and weaknesses, plus see how their scores compare to other users’. The idea originated with curious consumers, says Berkowitz. As such, it neatly aligns with his central mission: “Focus on the emotional connection people still have with our product.”

Berkowitz contends the FTC lawsuit’s effect was more of a ripple than a wave — “we saw very minimal refund requests for our product,” he says — and that many users rallied around the company, expressing their support via calls and emails.

And yet it’s hard to believe the settlement didn’t have a significant financial impact. According to the FTC, Lumos Labs has sent more than 13,000 refund checks to subscribers, which adds up to over $1.9 million. (To qualify, consumers had to have spent at least $239 in subscription fees, which means the majority of paying players aren’t eligible.) What’s more, it forced the company to completely rebuilt its marketing efforts. Those ubiquitous ads inquiring whether you wanted to improve your brain’s performance “with the science of neuroplasticity”? Gone. In their place — far fewer ads that must walk a fine line, at once highlighting that the games’ are based in research, while refraining from explicitly stating that they offer any tangible cognitive benefits. Overall, it makes for a far less seductive sales pitch.

Berkowitz won’t disclose if the company is profitable. He does say things are going well, pointing to its 85 million users as proof (although that includes subscribers, plus anyone who has downloaded the app, since the company was founded in 2007). And while Lumosity’s website says it employs 160 people, Berkowitz says that number currently falls within the 120 to 130 range.

More broadly, a number of researchers have disputed the idea that playing brain games translates into any real-world value. In 2014, 70 prominent scientists published an open letter pushing back against the marketing claims made by companies like Lumosity. Shortly after, however, a group of 100 scientists wrote a response arguing that brain training’s effectiveness was actually backed by some pretty solid evidence. Since then, additional high-profile studies have come out — including an article, published in the journal of Psychological Science in the Public Interest, which found no evidence that brain games improve everyday cognition — but the topic is still very much up for debate.

“There is disagreement in the research world — but that’s what research is about,” Berkowitz says. “There are always open questions.” The company provides outside academics with access to its tools and data points, which have been incorporated into independent peer-reviewed studies.

While the methodology of some of its own, internal studies has been called into question — it’s unclear whether playing a Lumosity game translates into cognitive benefits in real life — Berkowitz is convinced people will continue playing.

“In this age where information demands more of our minds and mental fitness,” he says, Lumosity’s products are “going to be more important than ever.”