Can You Crash An Autonomous Car Ethically? 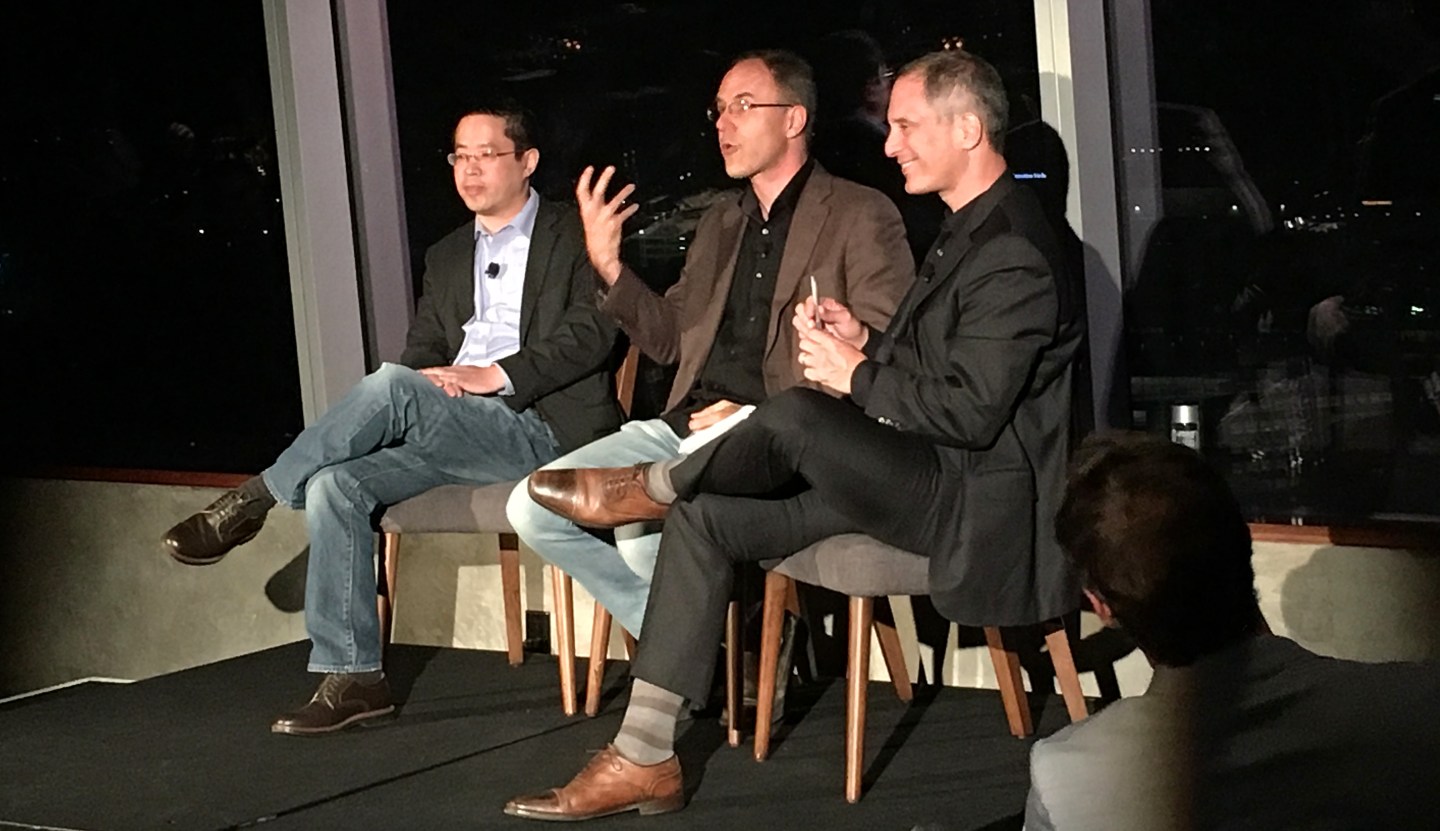 Imagine you’re in a self-driving car in the middle of a busy freeway, say the 101, in Los Angeles. Imagine that you suddenly have to swerve because a couch falls off a truck driving in front of you. Stomping on the brakes isn’t an option—behind you is a big rig that’s been tailgating you for the last mile. To your left is a sport-utility vehicle that could probably handle the impact if you swerve into it. To your right is a sedan that might not.

You have to swerve either way. So: left or right?

“These are decisions that need to be thought about or programmed in advance,” said Patrick Lin, director of the Ethics and Emerging Sciences Group at California Polytechnic State University. “Either way leads to problems.” In either case, you’re targeting a vehicle class through no fault of its own.

That’s the problem facing autonomous, a.k.a. self-driving, cars. At an invite-only dinner co-hosted by Fortune and The Drive at the 2016 Los Angeles Auto Show, experts agreed that autonomous technologies allow us to sit back and let the car take the wheel yet come with their own challenges.

“That’s one of the big opportunities for automated vehicles,” said Chris Gerdes, chief technology officer for the U.S. Department of Transportation. “It could have a huge impact on saving lives.”

Ninety-four percent of so-called last actions during an automotive collision are the result of human judgment (read: errors), Gerdes said. “Self-driving cars have this promise of removing the human from that equation,” he said. “That’s not trivial.”

The catch: With self-driving cars you’ve shifted the error from human drivers to human programmer, Gerdes said. Machine learning techniques can improve the result, but they aren’t perfect.

And then there are ethical concerns. If you program a collision, that means it’s premeditated, Lin said. Is that even legal? “This is all untested law,” he said.

On the other hand automated vehicles can see the environment around them in 360 degrees, Gerdes said. Humans can’t do that. Self-driving cars won’t drink too much at dinner; they won’t get tired.

“If you put a vehicle on an open road, I suspect an automated one will be much [safer] than a human[-driven] one,” Gerdes said.

He referenced the so-called Trolley Car Problem. The gist: Five people are riding on the trolley car and a pedestrian crosses the tracks in front of it. In an inevitable crash situation, do you choose to let the trolley lose control and potentially kill its five passengers? Or do you throw a switch and almost definitely kill the pedestrian?

That’s an engineering question, Gerdes said. But what happens when you take more safety precautions—say, you post a sign saying that it’s dangerous for pedestrians to cross the trolley tracks? Does that change the equation?

That’s an ethics question, Lin said. “I think ethics is vitally important in these engineering problems but it’s not necessarily a literal translation of philosophical problems,” he said. People hate the trolley-car conceit “because it’s so fake,” he added. Ethics experiments tend to isolate variables. The real world is not so clear-cut.

Still, anytime you’re programming two tons of steel and glass moving at 60 m.p.h. to do something is an ethics call, Lin said. “Ethics are not facts,” he said. “These are things that need to be debated.”